Is Albany Irvin married? Yes, she is. However, she has kept her personal life details behind the curtains and there are rumors that she is already divorced. She often posts pictures of her family which include her three kids but there are no pictures of her husband on her Instagram account. Her kids include two daughters and one son. Scroll down to explore more interesting personal facts and biography of Irvin:

Who is Albany Irvin?

Born as Albany Ann Irvin, she landed the planet on September 30, but her birth year isn’t revealed. By profession, Irvin is an American entrepreneur, television host and speaker. She is most noted for her working for the United States No.1 Shopping T.V. Network QVC. Many people also recognize her as a successful author, corporate speaker, motivational speaker and philanthropist too.

Irvin was born on September 30 and her place of birth is in Louisiana, United States of America. Talking about her family background, her family comes from a military background. She has spent her childhood days in different places because of her parents’ profession.

Regarding her education, she attended more than 10 schools which helped her to be more interactive and social than other students. As per some online sources, she was one of the science students. She was enrolled at Ouachita Baptist University from where she received a BSc degree majoring in Chemistry.

Irvin is an established television personality known for being a host, author, motivator and speaker. She became more popular after being the Lead Program Host at QVC where she also served as Brand Strategist. She has worked at QVC for about seven years. The reason for which Irvin leave QVC hasn’t been revealed. Some believe that she was fired but many people think that she quit her job at QVC herself.

Moving towards her entrepreneurial works, she has run her jewelry line where she is offering Italian jewelry unique finishes to eye-catching designs. She has also been providing other different products in the market like watches, handbag, shoes, accessories, tops, jackets, blazers, skirts, beauty and health products, kitchen appliances, electronic items and so on. 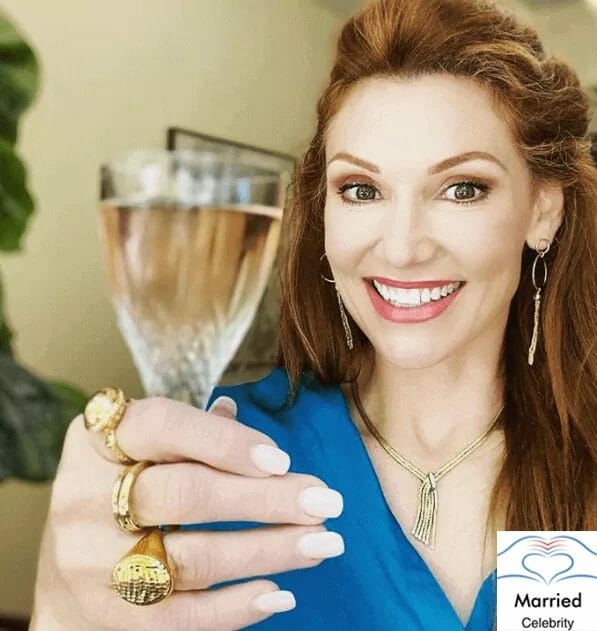 Albany Irvin is possibly a married woman. However, there are chances that she is already divorced from her husband. She has kept a low profile and there are no more updates about her better half on her social networking sites. She has three kids from her relationship which include two daughters and one son.

American television host Albany Irvin stands at a tall height of 5 feet and 8 inches. She carries well-maintained body statistics as she remains under regular workout activities and follows a routine diet plan. Her regular fitness activities have enhanced her charming personality.

Albany Irvin has an estimated net worth of 1.9 million USD which she has amassed from her multi-professions. She has garnered experience f working with numerous brands and networks including QVC, ShopHQ, Wayfair and so on.

The biography of Albany Irvin is prepared by various wiki sites but is still missing from Wikipedia. Find her on Instagram @albanyirvin where she has amassed more than 17k followers.

Albany Irvin is a role model for many youngsters who wants to pursue a career in the media industry. She is also involved in entrepreneurial works and has established herself as a renowned philanthropist as well.

Marital Status: Married (Chances of being divorced too)