Is Ali Wong married? Yes, she is. Her husband’s name is Justin Hakuta. From her marriage, she is the daughter-in-law to the Japanese-American inventor Ken Hakuta aka Dr. Fad who is best known for the popular children’s show named The Dr. Fad Show.

Ali and Justin met at a wedding ceremony of their mutual friends in 2010. They came to know each other and developed romantic feelings. The couple decided to go on a date and later planned to get married. They exchanged their vows in 2014.

Contents hide
1 Is Ali Wong Japanese?
2 How old is Ali Wong?
3 How tall is Ali Wong?
4 How many children does she have?
5 Does Ali Wong have siblings?
6 Net worth
7 Ali Wong Online Store
8 Languages
9 Early Life and Educational Background
10 Conclusion
11 Wiki and Facts
12 Quick Facts

Ali Wong was born in San Francisco, California. She is American by nationality and has no near blood relation with Japanese people. Her father was a Chinese-American whereas her mother is from Huế, South Vietnam. On the other hand, Wong’s husband was born to Japanese parents. Therefore, many people think of Wong being Japanese which is totally wrong. 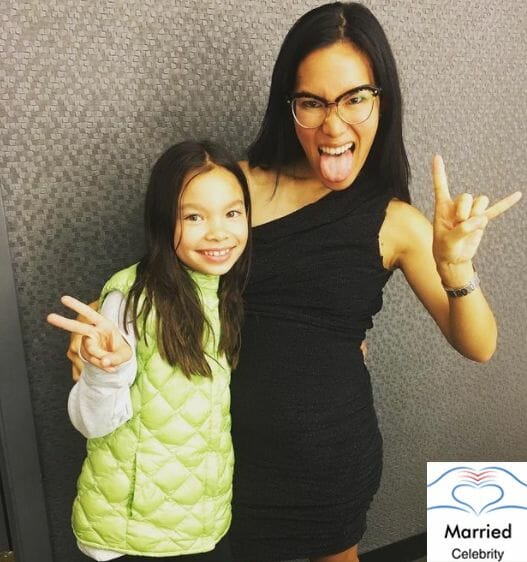 How old is Ali Wong?

The American comedian, Ali Wong was born on April 19, 1982, which makes her age be 40 years old as of 2022. However, she has maintained her fitness and adopted a healthy lifestyle which has made her look too young than her real age.

How tall is Ali Wong?

Ali Wong stands at an average height of 5 feet and 3 inches. She weighs about 54 kilograms, which means, she does need not to worry about her weight. She usually appears in Black hair with dark brown colored eyes. Her protruding cheekbones is her main body distinctive features.

How many children does she have?

Ali Wong has two children with her husband Justin. Their first child was born as a daughter named Mari in November 2015. They expanded their family life by welcoming a second daughter named Nikki in December 2017.

Does Ali Wong have siblings?

Ali Wong has three older siblings. One of her brother’s names is Andrew Wong. Likewise, Mimi Wong is also her sister.

From her successful professional journey in the entertainment industry, Ali Wong has an estimated net worth of US$3.2 million. She has also authored a book titled “Dear Girls” which has been named as the New York Times bestseller. Among her multiple projects, she has also worked for the Netflix movie, “Always Be My Maybe”, where she is also a co-writer and a starred artist. Also, she is the first artist to sell out 13 shows at the Los Angeles-based Wiltern Theatre in 2019.

Ali Wong also operates an online store which is also accessible through her website aliwong.com. She has been offering products like T-shirts, Caps, Sweatshirts, mugs and many more.

Ali Wong can speak languages like English and Vietnamese.

Born as Alexandra Dawn Wong, her place of birth is in the Pacific Heights neighborhood of San Francisco, California. She spent her childhood days with her other three siblings, all being raised by her parents in San Francisco.

Talking about her family background, she was born to parents named Adolphus Wong (father) and Tam “Tammy” Wong (mother). Her father is of Chinese origin and used to work as an anesthesiologist by profession. He used to work for Kaiser Permanente where he spent more than 30 years of his working life. On the other hand, her mother is from Vietnam and immigrated to the United States in 1960. She is a social worker and has worked together with several renowned social organizations.

Moving towards her education and academic achievements, she went to San Francisco University High School from where she completed her high school graduation in the year 2000. During her school days, she used to serve as a student body class president.

For her higher education, she joined the University of California, Los Angeles, from where she majored in Asian American studies. She was passionate about acting from a young age and joined the university’s LCC Theatre Company. It was the United States’Asian-American collegiate theater company. She also worked at a UC Verkeley alumni summer family camp, The Lair of the Golden Bear. She has also spent her junior year in Vietnam.

In 2005, Wong completed her graduation with a Bachelor of Arts degree in Asian American studies. As a Fulbright scholar, she has studied in Vietnam as well. 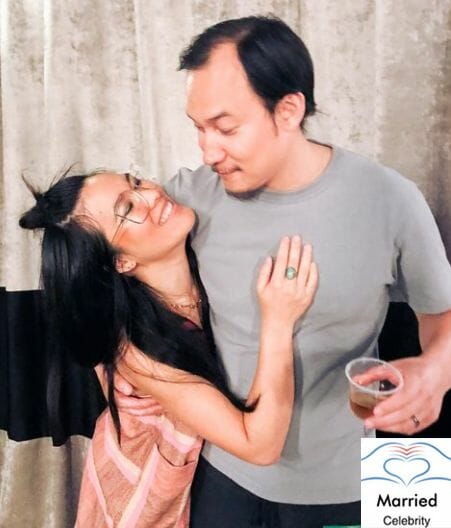 Ali Wong was born Alexandra Dawn Wong (birth name) on April 19, 1982, in California. She is American by nationality. She has gained huge recognition from her professional career as a comedian, actress, and writer. Mostly, she is appreciated for her stand-up comedy specials Hard Knock Wife and Baby Cobra.

Her popular works include appearing in the 2019 film Always Be My Maybe where she was also a co-producer. She was also starred on the ABC television show American Housewife. We have seen her on NBC sitcom Are You There, Chelsea?, sketch comedy television series Inside Amy Schumer and psychological medical drama televisions series Black Box. She has also provided her voice for the title character Roberta “Bertie” Songthrush on the adult animated sitcom Tuco % Bertie. One of her biggest achievements from her professional journey includes being named the Time’s 100 Most Influential People of 2020.

The biography of Ali Wong is prepared by various wiki sites including IMDb and Wikipedia. One can find her on Instagram @aliwong where she has amassed more than 1.9 million followers. Her Twitter profile @aliwong is being followed by over 186k followers. She is also on Facebook @aliwong with over 974k followers.

Net worth: US$3.2 million (estimated)