Is Amanda Warren married? Yes, she is. Her husband’s name Kevin Pozzo, a former hockey player. They welcomed their son named Austin James on February 21, 2013. Scroll down to explore more interesting personal facts and biography of Warren: 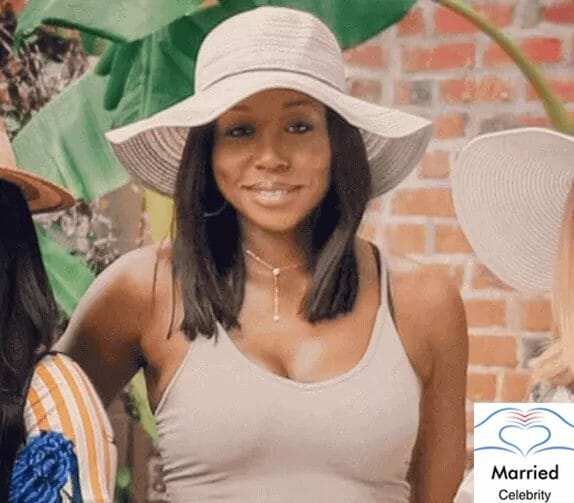 Who is Amanda Warren?

Born as Amanda Warren, she landed the planet on July 17, 1982, which makes her age be 38 years old as of 2020. By profession, she is an American actress widely recognized for appearing on supernatural mystery drama television series The Leftovers as Lucy Warburton. She is also known for her appearance as Jane Barbour in anthology horror television series The Purge.

Amanda was born in 1982 and her place of birth is in New York City, New York, the United States of America. Talking about her background, she belongs to Afro-American ethnicity, Amanda’s mother gave full support to her interest in the entertainment business.

From her early school days, she developed a passion for singing and acting and used to participate in many of the events. She was enrolled at the Professional Performing Arts School where she was a music student.

Career and Professional Life of Amanda

The following year, she was seen in the TV movie A Mann’s World as Michelle, police procedural series Detroit 1-8-7 and science fiction romantic thriller film The Adjustment Bureau as Senior Campaign Aide. In 2012, she was starred in the dark comedy crime film Seven Psychopaths as Maggie and in television police procedural The Closer as DDA Claire Baldwin. In 2013, she appeared in dark comedy-drama buddy film DDA Claire Baldwin, thriller drama film Deep Powder and comedy-drama television series Royal Pains.

The year of 2017 turned out to be a historic moment for her professional life. She was credited for four films and eight television programs. The four films are black comedy-drama Three Billboards Outside Ebbing, Missouri as Denise, psychological horror Mother! as Healer, legal drama Roman J. Israel, Esq. as Lynn Jackson and The Super as Christina.

Her other television credits include crime drama series Power as Jessica Travers, anthology horror series The Purge as Jane Barbour, crime drama series Blindspot as Iris, historical comedy-drama web series Dickinson as Betty and crime drama series FBI as Sloan Wallace, Profiler. She is working for Ways & Means where she would appear in the main role as Jerlene Brooks.

American actress Amanda Warren is a married woman. She is having a decade-long happy conjugal life with her spouse Kevin Pozzo who is SAG Actor/Tactical Consultant in addition to being an ex-pro hockey guy. They have a son named Austin who celebrates his birthday every 21st February. The Leftovers star Amanda Warren stands at a tall height of 5 feet and 9 inches or 175.3 cm. Being an actress, Amanda has always kept an open eye on her fitness matters. She is strict on her diet plan, workout routines and ensures the overall fitness of her entire family members.

Amanda Warren has an estimated net worth of 1.2 million USD. She Is active in the entertainment industry for more than a decade and has been credited in numerous blockbuster films and awarded television series. In February 2020, she signed for a CBS political drama pilot titled Ways & Means which is yet to be released.

The biography of Amanda Warren is prepared by various wiki sites like IMDb and Wikipedia. She is active on Instagram @amandawarrenofficial where more than 3k people are following her.

Actress Amanda Warren is a renowned celebrity who has mostly appeared in crime drama/ police procedural contents. She has a successful career in the entertainment business and many people take her as their role model.