Who is Audrey Gelman married to? Her husband’s name is Ilan Zechory. The couple celebrated their wedding in April 2016. From their conjugal life, they are now parents to a child (boy) named Sidney Allen Zachory. The baby was born on September 24, 2019, at 2:18 am weighing 7lbs 11oz. The pair has a perfect married life and no serious issues have yet been reported.

Who is Audrey Gelman’s husband?

Gelman’s husband Ilan Zechory is better known for being the co-founder of American digital media company Genius. It was founded on August 27, 2009, by Zechory alongside co-founders Tom Lehman and Mahbod Moghadam. This platform is known for offering annotations and interpretations of poetry, song lyrics and other documents.

Discussing the past romantic life of Gelaman, she was previously in a relationship with portrait photographer Terry Richardson (born on August 14, 1965). They started dating in 2011 and got separated in the year 2013. Following the breakup, Gelaman dated Ilan Zechory whereas Richardson dated his long-time photography assistant, Alexandra “Skinny” Bolotow in 2014 whom he married in 2017 after giving birth to twin boys on March 19, 2016.

Who is Audrey Gelman?

Audrey Gelman is a famous American businessperson who is well-recognized as a political staffer as well. Many people recognize her as the founder of The Wing which is popular for being the social club and space for women’s co-working established in 2016 in New York City. Her hard work has made her become the inspiration for actress Allison Williams’s character Marnie on the comedy-drama television series, Girls. 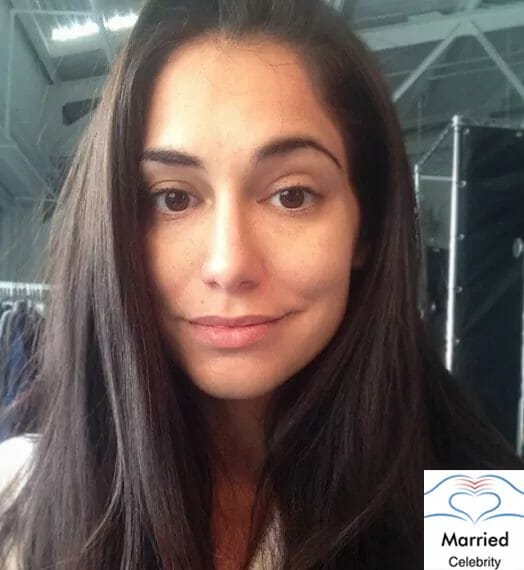 As per some research, Audrey Gelman has an estimated net worth of US$1.55 million. Exploring her professional journey, she used to work for Hillary Clinton’s campaign for president as a press aide back in 2008. In 2013, she also played a crucial role in Scott Stringer’s successful campaign to win the position of New York City Comptroller by remaining in the role of deputy communications director. Her professional records show her being part of the revival of the political action committee Downtown for Democracy during the 2012 presidential election. Previously, she has also garnered experience working at the strategic consulting firm SKDKnickerbocker.

She rose into the limelight after launching The Wing alongside Lauren Kassan. Gelman and Kassan worked hard to raise $2.4 million to create the club and the founding members of the club exceeded 200 women.

The club had no formal membership policy in its first two years of existence and an investigation was held by the New York City Commission on Human Rights on March 1, 2018, in order, to investigate how the Wing has been operating.  After three months, a man filed a lawsuit against The Wing for gender discrimination after he was denied admission in August 2018.

Among her multiple achievement and recognitions, she was mentioned as one of the 50 Politicos to Watch by Politico in 2013. She was also named as the 30 Under 30: Corporate Climbers in the December 2014 issue of Forbes. Her other recognitions include being listed on the Most Creative People in the Business list by Fast Company in 2017. She was listed in 42 women succeeding in tech in late 2017. While she was featured on the cover of Inc. magazine in 2019, she marked the first lady as a visibly pregnant woman on the cover of a business magazine.

Audrey was born in 1987 to parents named Lisa Speigel (mother) and Irwin Gelman (father). Her father was a microbiologist whereas her mother used to work as a psychologist. She spent most of her early days with her parents on the Upper West Side. Regarding her education, she went to the New York City-based Lab School and Bard High School. In 2005, she joined Oberlin College where she obtained her Bachelor’s degree in Political Science and Government in 2008. According to Gelman’s LinkedIn profile, she was also enrolled at New York University to earn BA in Politics degree. While being enrolled there, she made her appearance in Lena Dunham’s satirical web series Delusional Downtown Divas.

What happened to Audrey Gelman? What is she doing now?

She resigned from the post of CEO of The Wing in June 2020 after complaints of The Wing failed to address the racist behavior of its members. Following this, she was seen launching the store The Six Bells in Brooklyn, New York in April 2022.

It is a very well-known fact among a large number of people that businessperson Gelman and director/ actress Lena Dunham (born on May 13, 1986) are best friends. They have not reported having conflicts and seems like they are still good friends.

The biography of Audrey Gelman is prepared by various wiki sites including Wikipedia and IMDb. She is also active on social networking accounts where her official Instagram account @audreygelman has amassed more than 95k followers. Her verified Twitter account @audreygelman is being followed by over 30k people.