Is Blair O’Neal married? Yes, she is. Her husband’s name is Jeff Keiser. The couple was in a long-time relationship before starting their conjugal life. Her husband is an athletic director who works for creative services. The beautiful pair currently resides in Scottsdale, Arizona. They welcomed their first child as a son named Chrome Andy Keiser on April 7, 2020, at 5:47 am. At the time of birth, the baby was 21 inches tall weighing 8lbs and 1oz.

Talking about her past relationship, O’Neal was rumored to have dated fellow golfer Bubba Watson. Some online sources linked her with Justin Bieber. However, the rumors were never confirmed. Scroll down to explore more interesting personal facts and biography of O’Neal:

Who is Blair O’Neal?

Born as Blair O’Neal, she landed the planet on May 14, 1981, which makes her age be 39 years old as of 2020. By profession, she is a professional golfer, model and television personality. She is noted for being the host of Golf Channel’s “School of Golf,” as well as the ambassador of Cobra/PUMA.

She is also widely recognized for being the winner of BIG BREAK: Dominican Republic. She joined the “School of Golf” show in 2015 before which she played the Symetra Tour for several seasons. The former Symetra Tour player-turned-model has gained wide popularity through the show. 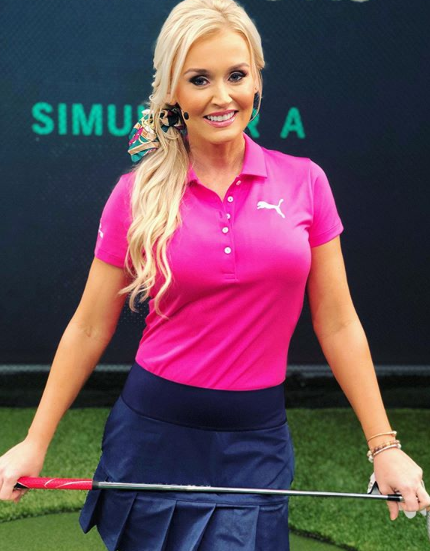 O’Neal was born in 1981 and her place of birth is in Macomb, Illinois, the United States of America. Talking about her family background, she was born to American parents named Robert O’Neal (father) and Londa Cunningham (mother). She grew up with three siblings named Tyler, Bryce and Brooke. After her birth, the family moved to Tempe, Arizona and this is the place where Blair has experienced memorable childhood days with her siblings.

O’Neal and her brother Tyler joined a golf school in the nearby city of Mesa when their family relocated to Tempe. Because of her father, she quickly developed an interest in the sport and started practicing daily at Dobson Ranch Golf Club. Her craze on gold turned stronger for which she started working hard. When she was thirteen years old, she was chosen to play for the American Junior Golf Association. Later, she was selected for the Junior Ryder Cup held in Valderrama, Spain.

Regarding her education and academic achievements, she went to Corona del Sol High School from where she received her high school graduation. She was able to earn a full scholarship which made her attend Arizona State University. She obtained Bachelor’s in Arts degree majoring in Communications and Sociology (minor).

After her graduation, she received her professional license and started playing in various Asian countries. After gaining status on the LPGA Futures Tour; Blair was forced to put her professional golf career on hold. After five years of break, she returned to golf and later received multiple participation offers in television. She joined the reality television series entitled “Big Break: Prince Edward Island” in 2009 which was aired on the Golf Channel.

She was able to show her talents within a short time and less preparation. She finished second place by participating there. She was crowned as the winner of the Dominican Republic where the main prize was 50,000 USD. She received her status on the LPGA Symetra Tour and later secured a sponsorship deal with Puma. Until 2015, she continued her role as a full-time golfer. 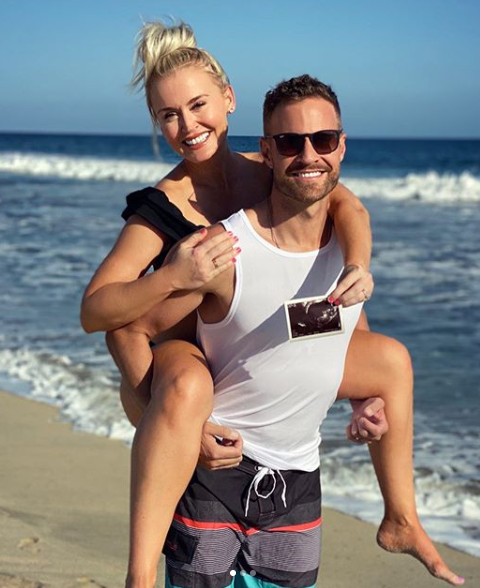 Moving towards her modeling career, she started modeling while she was a professional golfer. Her foot injury made her divert her focus to modeling than her professional life. With her gorgeousness and outstanding performances, she became able to appear in multiple commercials, fashion shows and magazine covers. She appeared into the limelight by turning as a three-year swimsuit model for Cobra-Puma.

She was also mentioned in the list of the ‘top 10 fit golfers’ by Golf Channel. She was also named in ‘hottest 50 athletes of all-time’ list by Sports Illustrated. Her appearance in Golf Television has made her now become known as an established television personality. She has hosted multiple shows like “School of Golf”, “Golf’s Sexiest Shots”, “What’s in the Bag” and “Morning Drive”.

Blair O’Neal is married to Jeff Keiser. The couple is together for many years and there seems no chance of getting separated. She revealed her pregnancy in November 2019. Finally, she turned as a mother on April 7, 2020, during the coronavirus pandemic. Her baby boy is named Chrome Andy Keiser whose photographs were uploaded in Blair’s social media handles after a few days of his birth. 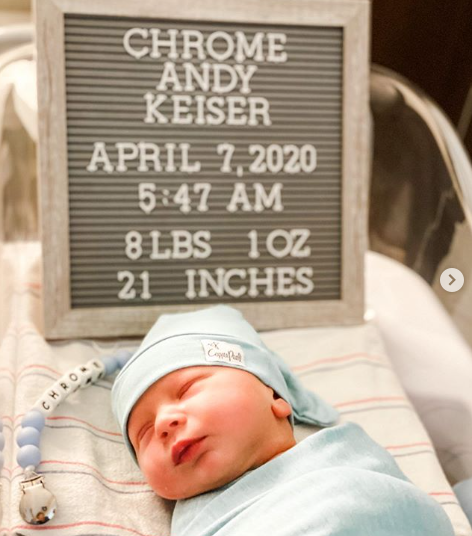 Golf Channel host Blair O’Neal stands at a tall height of 5 feet and 9 inches or 1.75m. She weighs about 132 lbs or 60 kilograms which makes her carry a healthy/ balanced BMI calculation. As per some online sources, she has a body statistic of 35-26-35 inches. Her dress size is said to be 2 and she needs a shoe size of 9. She looks attractive in her matching blue eyes and long blonde beautiful hair. One thing must not be forgotten that she was included in the list of “the hottest 50 athletes of all-time”. Blair always ensures her fitness by following a regular workout and diet plan.

Professional golf player Blair O’Neal has an estimated net worth of 4 million USD which is yet to be verified. She has gained success in the sport as well as in the media industry. Her earnings are also contributed by her modeling jobs and hosting television shows. She is also the ambassador of Cobra/ PUMA. As a model, she has walked in many runways and is also credited for featuring in multiple prints like Sports Illustrated Swimsuit, Men’s Health, Maxim and Golf Digest.

Blair O’Neal is one of those public figures who have gained success in different fields. She never gives up and finds the best alternative whenever there arises any kind of dilemma. She achieved huge success as a professional golf player and now is credited for her television personality roles. We can learn the importance of hard-working, decision making and a healthy lifestyle by exploring her biography.