Is Clinton Romesha married? Yes, he is. His wife’s name is Tamara “Tammy” Romesha. The couple celebrated their wedding on February 13, 2000, and has already spent two decades of conjugal life together. The pair came to know each other in their junior high school and started dating.

Romesha and his wife spent a decade apart from each other due to his military service. During a battle in his Afghanistan deployment, he was unable to contact Tammy for four days. When Tammy heard the struggle, she was greatly upset. Romesha left the army to spent time with his wife and family members.

From their relationship, the beautiful couple is blessed with three children named Dessi, Gwen and Colin. They live together in Minot, North Dakota. Because of the outstanding sense of humor of Romesha, his family often remains happy together. Scroll down to explore more interesting personal facts and biography of Romesha:

Born as Clinton LaVor Romesha, he landed the planet on August 17, 1981, which makes his age be 39 years old as of 2020. By profession, he is a former United States Army soldier best known for being the receiver of the Medal of Honor for his actions during the War in Afghanistan. In order to give time to his family, he left the army in 2011 and started a job in the oil industry in North Dakota. His greatest achievement took place on 11 February 2013 when he earned the Medal of Honor from President Barack Obama.

Romesha was born in 1981 and his place of birth is in Lake City, California, the United States of America. Talking about his family background, he was born to a family from a strong military background. He is the grandson of Aury Smith who fought in the Battle of Normandy during World War II. His father who later turned as a church leader in The Church of Jesus Christ of Latter-day Saints was a Vietnam War veteran.

He is blessed with other four siblings and is the fourth of five siblings to his parents. His other two brothers also joined the military. Because of his father, he joined LDS Church but later disappointed his family who hoped that he would become a missionary for the church. He received his high school graduation from Surprise Valley High School in 1999. 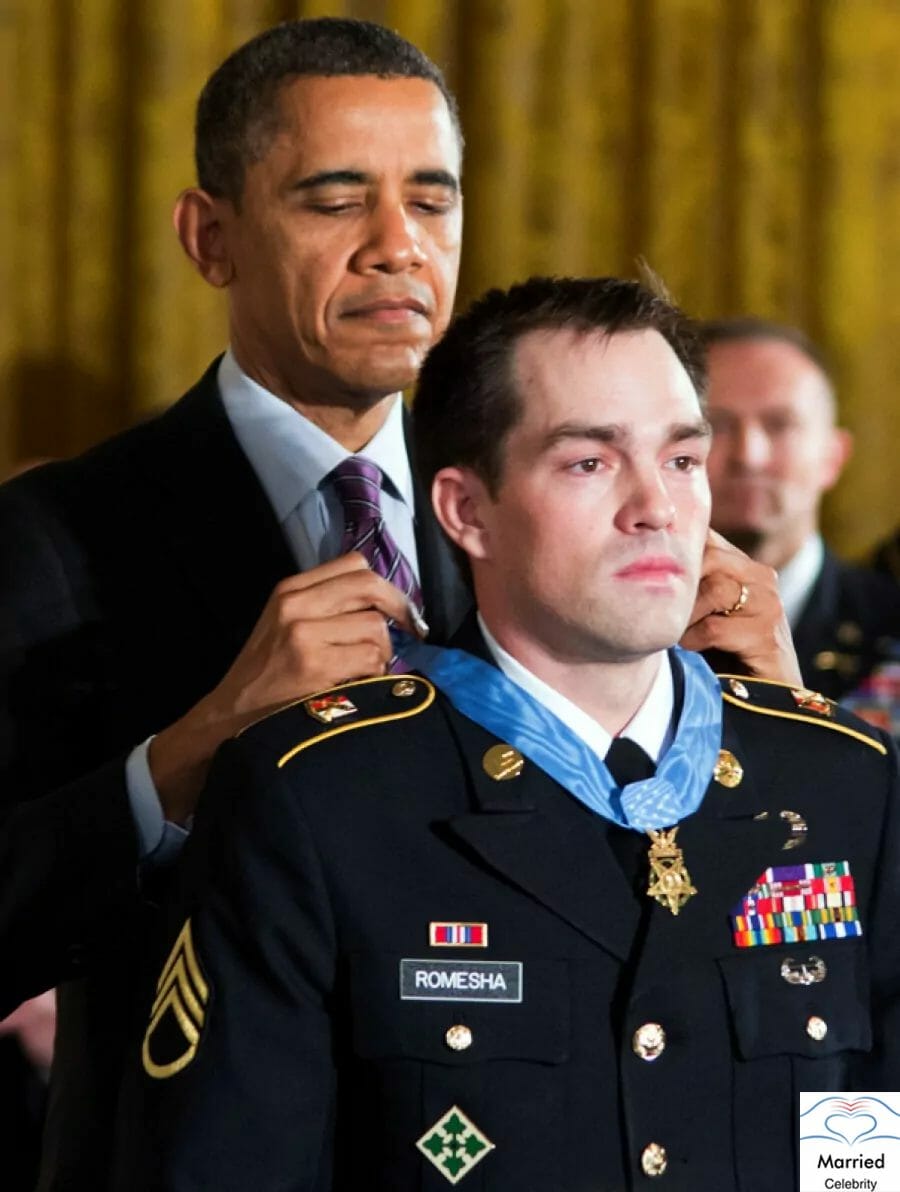 In September 1999, he was enlisted in the United States Army and went for Basic Combat Training and Advanced Individual Training. He was first assigned as a tank gunner as he was trained for armor crewman for the M1 Abrams tank. He was also the part of the Kosovo Force after being diploid to Kosovo. He was assigned at Camp Casey, South Korea as a gunner/assistant tank commander.

His unit was deployed to Afghanistan for Operation Enduring Freedom in May 2009 and they were assigned in the Kamdesh District, Nuristan Province to Combat Outpost Keating. He was nicknamed “Ro” by his teammates. Everyone used to praise him for his calm nature and sense of humor in the difficult deployment.

He rallied his comrades when a force of 300 Taliban insurgents attacked the base. He led the counterattack and directed close air support along with helping the wounded by providing suppressive fire. He fought for a 2-hour battle despite being wounded himself. On 11 February 2013, he was awarded the Medal of Honor in an award ceremony at the White House from President Barack Obama.

Clinton Romesha is married to Tamara “Tammy” Romesha since February 13, 2000. His partner Tammy is the daughter of Kevin and Lorin. The couple extended their family life by welcoming three children named Dessi, Gwen and Colin Romesha. Talking more about his personal life, Romesha is a Christian by religion.

Former United States Army soldier Clinton Romesha stands at a tall height above 5 feet and 9 inches. Being a soldier, he always ensures his fitness by following a healthy lifestyle. He is conscious regarding both mental and physical fitness for which he follows maintained diet, regular workout activities and ensures his positive thought all the time.

Clinton Romesha has an estimated net worth of 5.5 million USD which is yet to be officially verified. He has experienced a successful journey as a military person and has retained multiple awards in his name. He published a book titled Red Platoon in 2016 where he has discussed the Battle of Kamdesh. The rights to a movie based on his book were taken by Sony Pictures. The following year, a director was assigned, and a script was written for the film. 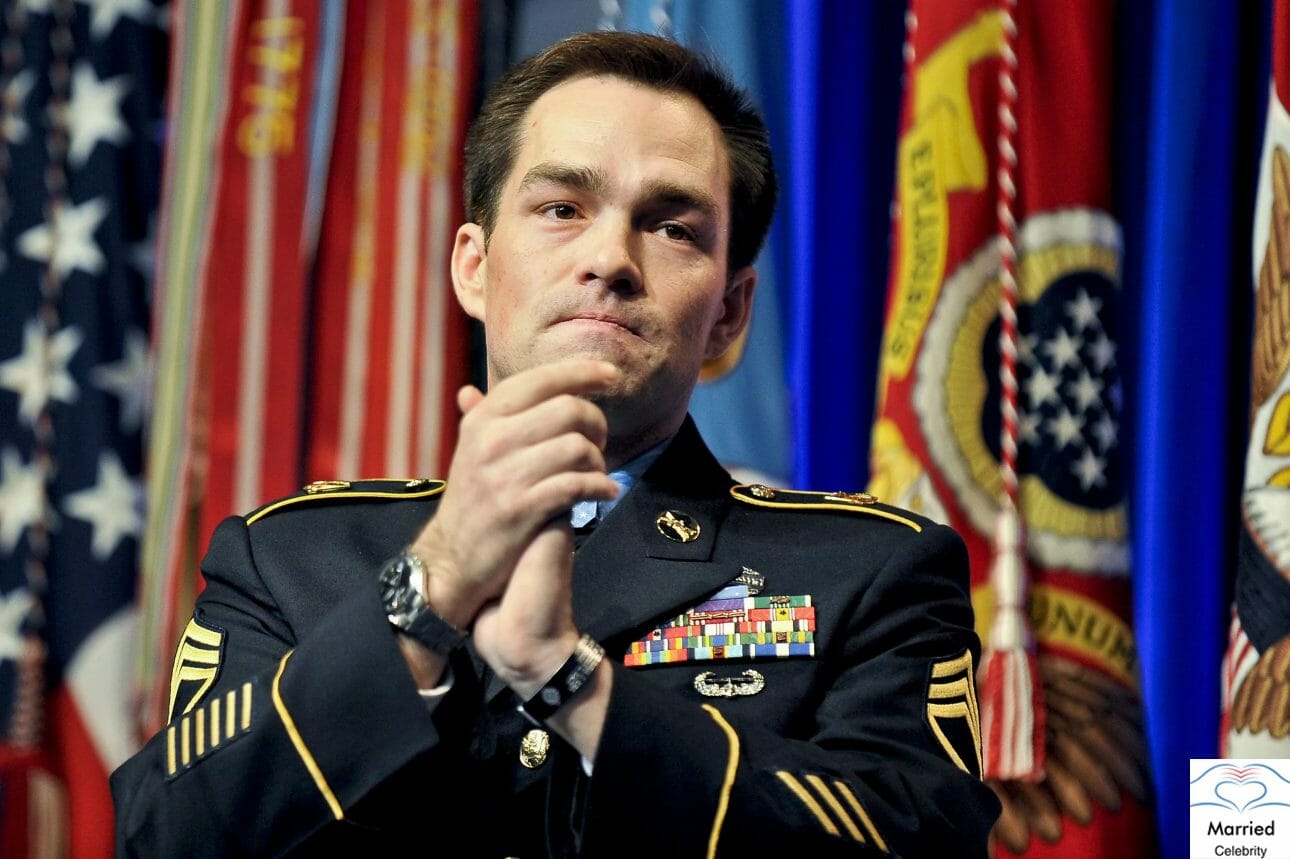 The biography of Clinton Romesha is prepared by various wiki sites including IMDb and Wikipedia. His Instagram account is reachable https://www.instagram.com/clintonromesha where he has amassed more than 8k followers. Similarly, he is active on Twitter @clintromesha.

There are multiple lessons one can learn by exploring Clinton Romesha’s biography. He is known for his bravery and patriotism which has made him become the recipient of multiple awards and nominations. He is known for his confidence and an outstanding sense of humor and people around him often enjoys time spending together with him.

Height: Above 5 feet and 9 inches