Dany Garcia, the ex-wife of actor/ wrestler Dwayne Douglas Johnson (born May 2, 1972) aka The Rock, is known for her professional career as an IFBB professional bodybuilder and businesswoman. It is a very well-known fact about the divorce between Garcia and The Rock whose divorce was finalized in May 2008. Following the separation, The Rock started a relationship with Lauren Hashian whom he married on August 18, 2019. In this context, most people are curious to know that did Garcia remarried after the failure of her first wedding.

Dany Garcia remarried Dave Rienzi who is better known for being a TGC Management’s fitness industry brand consultant. They celebrated their wedding in 2014.

Who is Dany Garcia?

Born as Dany Garcia, she landed on the planet on November 29, 1968.. By profession, she is a well-renowned American businesswoman and producer. She has also been able to establish herself as IFBB professional bodybuilder. Her professional portfolio shows her to be the founder of GSTQ. She is also serving as the chairwoman and CEO of TGC Management and The Garcia Companies. She is also associated with brands like  Teremana Tequila, Athletic, Seven Bucks Companies, VOSS, Atom Tickets, XFL, ZOA Energy and Salt & Straw. 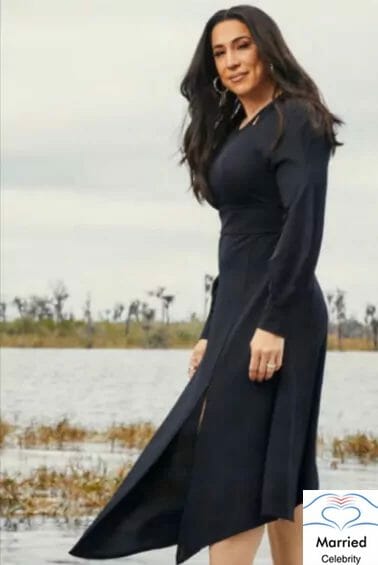 She has proven to be a versatile woman who initiated her finance career in 1992 by joining Merrill Lynch. In 2008, she took the role of managing her then-husband Dwayne Johnson’s professional career. In 2012, she established Seven Bucks Productions, a production company formed in 2012. The company has already produced multiple films starring Johnson.

What is Dany Garcia’s ethnicity? Is she black?

It is very well-known that The Rock belongs to the Samoa Anoa’i family (honorary member). However, Dany Garcia is of Cuban descent. Her parents were Cuban immigrants and Garcia carries multi-ethnic background.

How old is Dany Garcia?

As mentioned above, Garcia was born in 1968 which makes her age be 54 years old as of 2022. Her place of birth is in Belleville, New Jersey, the United States.

Who are Dany Garcia’s siblings?

Garcia was born to Cuban immigrants in 1968 in Belleville, New Jersey. She has memorable childhood days which she spent with her siblings including a sister and a brother. Her father used to work at the auto body shop and used to convince her to be good at cooking as she need to serve her husband. In reply, she used to say that “I’m going to be a millionaire. I don’t need to learn how to cook.” From her parents, she grew up by learning the value of discipline, tradition and language. She was raised in her birth city alongside her siblings.

Moving towards her academic and educational achievements, she went to the University of Miami where she earned her degree majoring in International Marketing and Finance. In 1992, she completed her graduation obtaining a Bachelor of Business Administration (BBA) degree. Her early professional achievements included being an associate vice president at Merrill Lynch, an American investment and wealth management company and later initiated her own firm named JDM Partners LLC. Her then spouse asked to serve her as manager after which she stepped down from her previous roles in 2008.

American businesswoman Dany Garcia stands at a tall height of 5 feet and 6 inches. She has a maintained weight as she is very conscious about her fitness which is mandatory for her profession as IFBB professional bodybuilder. Her body measurement is 34-26-35 inches and carries an athletic build body structure. It’s hard to believe her real age.

What nationality is Dany Garcia Johnson?

She is American-born to Cuban immigrants in the United States. 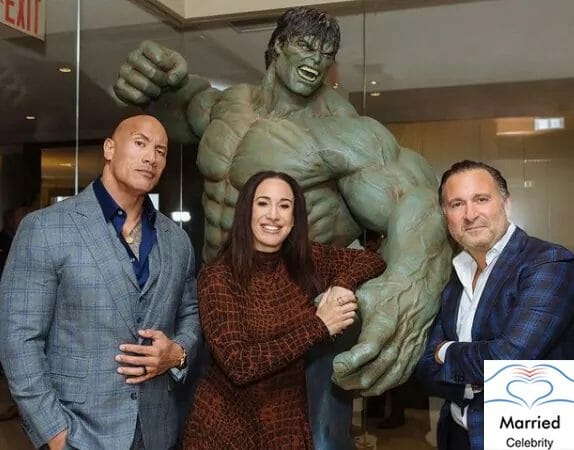 Challenges as a Businesswoman

There is a roster of problems for women to work in the industry as a businesswoman faces. The most important thing is to make more money than the man. They go through several challenges and one needs to prove the entire society as well as manage their personal life including taking proper care of children and family members. The next challenge is to allocate time for business and manage the things done at the time. Society still assumes females to be dependent in nature which is completely wrong.

Dany Garcia has an estimated net worth of US$65 million. She is a multi-millionaire who has gained huge financial success through her production company and various business ventures. One of her greatest achievements includes earning the  Outstanding Film Producer Impact Award in 2020 from the National Hispanic Media Coalition. Recently, she announced the launch of her latest venture,  GSTQ. in 2021 which is all about a lifestyle and fashion offering ready-to-wear fashion collection.  She is also the founder of the Beacon Experience that is known for working for at-risk children to empower them and assist them in expanding their education above high school.

Net worth: US$65 million (estimated)