Is Dr. Lauren Thielen married? No, she isn’t. however, she was in a relationship with Sean Samaniego which she revealed in May 2014. However, the couple couldn’t continue their dating life and split before celebrating their wedding. It seems like she has found a partner in her life as she uploaded a picture with a guy wishing him happy valentine’s day in February 2020 on her Instagram account. However, she hasn’t revealed the name of that lucky guy.

As mentioned in her social media, Thielen lives with two rabbits named Penelope and Benjamin, a Bronze-winged Pionus parrot named Evie and an American shorthair cat named Theo. Scroll down to explore more interesting personal facts and biography of Thielen:

Who is Dr. Lauren Thielen?

Born as Lauren Thielen, she landed the planet on 3 August 1987, which makes her age be 33 years old as of 2020. By profession, she is an American veterinarian best known for her appearance in the documentary reality television series titled Dr. K’s Exotic Animal ER. Later, she gained her own show named Dr. T, Lone Star Vet.

Thielen was born in 1987 and her place of birth is in Fort Worth, Texas, the United States of America. Talking about her family background, she was born to the parents named Gretchen Thielen (mother) and Steve Thielen (father). She spent her childhood days mostly in Texas as the only child to her parents. From her young age, she developed an interest in animals and birds and used to ask her parents for having many pets in her home.

Moving towards her education and academic achievements, she went to Fossil Ridge High School from where she earned her graduation in 2005. For her higher education, she attended Midwestern State University in, Wichita Falls, Texas for her pre-med program. In 2009, she obtained her Bachelor of Science degree with a major in Biology/Chemistry. She was enrolled at Texas A&M College of Veterinary Medicine from where she received her DVM degree in 2013. 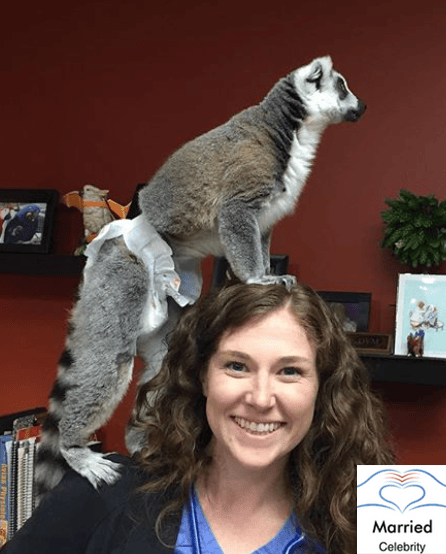 Dr. Lauren Thielen is a public figure who is very passionate about exotic animals. She sharpened her skills by learning from the top exotic vet doctors Susan Kelleher. She started her medical journey by having an internship at Broward Avian and Exotic Animal Hospital with Dr. Susan Kelleher in exotic animal medicine. After a 2-year (2014-2016) Avian residency at the Veterinary Center for Birds & Exotics, she earned a board-certified Avian specialist certificate in Bedford Hills, New York. Later, she started working at Broward Avian & Exotic Animal Hospital where she served as an Avian and exotic care veterinarian.

She gained wide public attention after turning as a part of the reality show “Dr. K’s Exotic Animal ER.” It mainly is noted for featuring veterinarians from Broward Avian and Exotic Animal Hospital. Later, she was able to receive an opportunity to have her own show called Dr. T, Lone Star Vet on Nat Geo Wild. The show premiered in October 2019.

Is Dr. Lauren Thielen isn’t married yet. She was said to have remained in a relationship with Sean Samaniego. She is very shy when it comes to discussing her personal love life. She is having a relationship with a guy which is clear from her social media post. She enjoys her time with pets which are not less than being her own family members. At present, she lives with two rabbits (Benjamin and Penelope), one parrot (Evie) and one cat (Theo).

Dr. K’s Exotic Animal ER’s veterinarian Dr. Lauren Thielen stands at an average height of above 5 feet and 4 inches. She has a maintained body structure along with a healthy/ balanced BMI calculation. She goes for workout regularly and gives special attention to her diet and nutritional chart. She is also looking after the healthy lifestyle of her pets which includes rabbits, cat and parrot. American Avian and exotic animal veterinarian Dr. Lauren Thielen has an estimated net worth of 2.1 million USD which is yet to be verified. She gained success in her field within a short period of time. She made a huge success after appearing in a reality television show called Dr. K’s Exotic Animal ER. She gives her best for her work where she has climbed 100-foot trees to enter the nests of macaw pairs for examining their chicks along with rendering veterinary care and collecting data. She has garnered experience on the field by conducting multiple field research including in macaws, in the Amazon rain forest in Peru at the Tambopata Research Center.

Dr. Lauren Thielen has always been listening to what her heart says, this is the reason behind her successful career. She gives her best while being in her work. She is a nature lover and stands in favor of animal rights. One can learn many things by exploring the veterinarian’s biography including her dedication and following the path of one’s interest.

Place of Birth: Fort Worth, Texas, the United States