Is Brandi Harvey married? No, she isn’t. This means, Brandi hasn’t celebrated her wedding and also does not have the baby in her life. There is very sparse information about Brandi’s romantic life. She is well recognized for being the daughter of American television host/ comedian Steve Harvey. Her mother’s name is Marcia Harvey who is Steve’s first wife. Her parents separated when she was twelve years old in 1994.

She also has a twin sister named Karli and a brother named (Broderick Harvey Jr. From her father’s second marriage to Mary Shackelford, she is blessed with her half-sibling brother named Wynton. Although Brandi is not married, her twin sister Karli tied her knot in 2015 with Benjamin Raymond. Scroll down to explore more interesting facts about Brandi below: 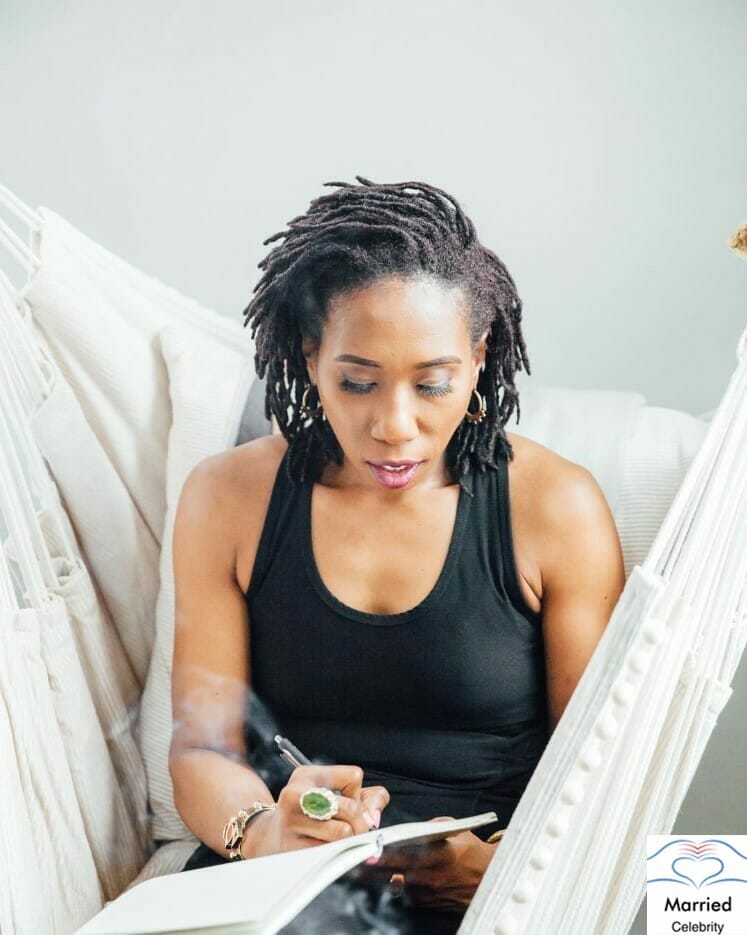 Who is Brandi Harvey?

She is known for being part of the blended family of the Harvey household. Her father Steve Harvey is one of the prominent stars in the television world who is also popular as a radio personality, producer, author and comedian. His talk show entitled The Steve Harvey Morning Show is one of the most-watched talk show in the American television industry.

The eldest daughter of Steve Harvey, Brandi was born on 20 August 1982. Considering her date of birth, Brandi is currently at the age of 38 years old as of 2020. Her mother is the first wife of father and the couple enjoyed their conjugal life from 1980 to 1994. Regarding her grandparents, her grandfather’s name is Jesse Harvey who used to work as a coal miner whereas her grandmother’s name is Eloise Vera. The United States of America is her birthplace where she grew up and received her education. She attended Ohio State University to obtain a Bachelor of Arts degree in African American and African studies which she graduated in 2005.

Rather than her professional life, she is popular for her family’s identity. From 2010, she has been serving as the president of Young, Fit and Fly. It is an organization that is focused on empowering young women who are pushed beyond social norms. Also, it is helping women to take responsibility for their health and dedicated to overall wellness and self-image.

In addition to contributing to Young, Fit and Fly, she is also serving as the executive director for the Steve and Majorie Harvey Foundation where she also plays a crucial role as a changemaker. Once, she was also featured as a public speaker and an accomplished teacher on the cover of Premae Magazine.

For her dedicated hard work for the community and social cause, Brandi received the Ambassador of Change Award in Health and Wellness. The honor was provided to her for her works of health and wellness which she performed from her page ‘Beyond Her.’ Apart from her social well-being, she is also interested in fitness and has been the participant of amateur bodybuilding in the National Physique Committee.

Who is Brandi Harvey’s husband?

She isn’t married yet and no information regarding Brandi’s love life has been recorded.  Possibly, she might have found a perfect partner in her life who could turn as her husband in the coming days.

Part of the blended family

Brandi’s father Steve and his ex-girlfriend Marjorie Bridges-Woods decided to start their love life again and came back together in 2007. Marjorie also became the mother to three babies (Morgan, Jason and Lori) from her previous marriage. All the children were not happy with their decision to come together again but later they seem to be supportive.

Brandi is a fitness freak and she is often found spreading health-related awareness to the people. With a well-maintained physique, we can see her workout pictures and videos which she often uploads in her Instagram account @iambrandiharvey. However, the exact details of Brandi’s height, weight, feet size, etc. are not available.

The net worth garnered by Brandi Harvey is still under review as her financial reports are not known. She definitely must be making a good amount of returns from her works and authored books. She describes herself as a wellness expert, speaker and author. Further, she has founded Beyond Her and from her work with it, she has been awarded too.

Brandi’s Wikipedia profile is still missing although many of her family members’ bio is available there. She is available on Facebook @IAmBrandiHarvey. Similarly, the wellness expert is reachable in Twitter @youngfitandfly where she has retained over 7.5k followers now. Find her on Instagram @iambrandiharvey where Brandi has garnered above 126k followers as of now.