Is Guy Adami married? Yes, he is. He is having a happy married life with his wife named Linda Snow. Snow is said to be an employee of the clinical research, Merck. The couple exchanged their vows on 2 August 1997. The pair has already enjoyed more than two decades of their conjugal life which will definitely last for the rest of the life. From their conjugal life, Adami and his spouse are blessed with three children which include a daughter and two sons. One of their sons’ names is Timothy whereas their daughter is named Lily Adami. The beautiful Adami’s family lives together in Morristown, New Jersey. Scroll down to explore more interesting personal facts and biography of Guy:

Who is Guy Adami?

Guy Adami, was born on 18, December 1963 which makes his age be 57 years old as of 2020. By profession, he is an American trader, investor as well as an established television personality. He is mostly known for his appearance on American financial stock trading talk show called Fast Money along with Pete Najarian (born on December 22, 1963), Jon Najarian (born on September 29, 1957), Melissa Lee (born on November 4, 1974), Scott Wapner and many more.

Adami landed the planet in 1963 and his birthplace is in North Tarrytown, New York, the United States of America. Regarding his family background, he is the son of parents named Guy M. Adami (father) and Nancy C. Adami (mother). His parents came to know each other during their time at Fordham Law School and were graduates of the class of 1963 together. His father spent many years working in Croton-On-Hudson as Village Justice.

Adami is blessed with other four younger siblings. Talking about his education and academic achievements, he went to Croton-Harmon High School from where he received his graduation in 1982. For his higher studies, he was enrolled at Georgetown University from where he earned his graduation in 1986. He used to keep a deep interest in sports like Basketball and Football. Adami was inducted to the Croton Harmon High School Hall of Distinguished Graduates in the year 2010.

In 1986, he started working for Drexel Burnham Lambert. In 1996, he was hired by AIG International. Joined Goldman Sachs as a head gold trader. Later, he moved to CIBC where he served being an executive director. He became part of Fast Money. With his CNBC colleagues Pete and Jon Najarian’s optionMonster group, he joined a division called Drakon Capital in August 2008. He is still serving the Fast Money show through which he has garnered wide public attention.

In addition to that, Adami is also known for speaking at various renowned educational institutions and universities including Quinnipiac University, Georgetown University, University of Richmond, Adelphi University and Fordham University.

Guy Adami is married to Linda Snow since 2 August 1997. They have expanded their family life by being parents to three children. Adami often posts about his family life on his social networking sites. He wished birthday blessings to his daughter on 22 May 2018 who is now 20 years old as of 2020. He also uploaded a picture of his kids on Twitter on 13 August 2013. Regarding his ethnicity, he is said to be half-Italian and half- Sicilian. He is a huge fan of Academy Award-winning actress Marisa Tomei (born on December 4, 1964). 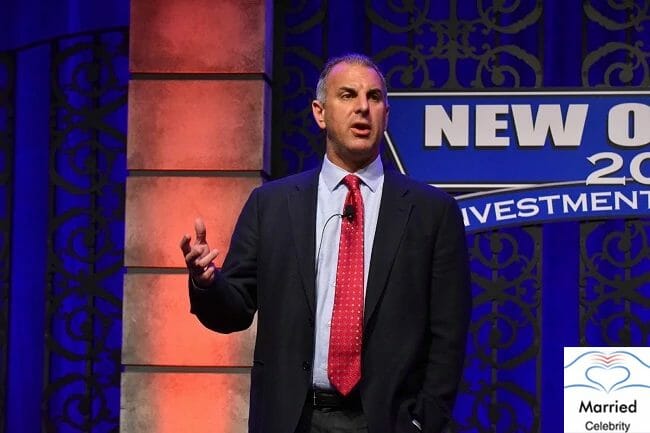 American television personality/ investor and trader Guy Adami stand at a tall height of 6 feet and 3 inches i.e. 1.93m. He seems to be following a healthy lifestyle which has made him blessed with a balanced weight making him carry a perfect BMI calculation. Despite his busy schedule, Adami has managed time for regular workout and diet plans.

The director of Advisor Advocacy at Private Advisor Group, Guy Adami has an estimated net worth of 30 million USD. He has gained huge success as a trader, investor and television personality. He earns a handsome figure of salary from various organizations including his contribution to CNBC Network. He has also donated the Hospice Care Network and the Children’s Aid Society. Further, he made an effort to raise funds for the Delbarton School, Morristown, New Jersey. He is also contributing as Chief Market Strategist for New Jersey-based Private Advisor Group.

Many of the popular wiki sites including IMDb and Wikipedia have provided the biography of Guy Adami. He is available on Twitter@GuyAdami where he has garnered over 300k followers. His Facebook personal profile is reachable @guy.adami.