Is Kristen Kelly married? Yes, she is. Her husband’s name is Jimmy Stanley. The couple got engaged in September 2015. Kelly posted a picture on her Instagram of her engagement with a caption “I said YES!!!!!  Excited about the life-journey with Jimmy Stanley! The duo celebrated their wedding after a year of getting engaged. 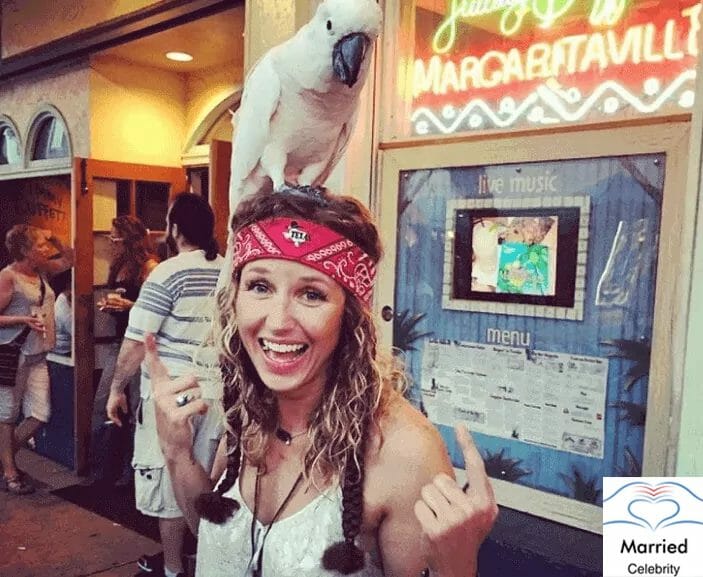 On 26 Jan 2017, Kelly wished the national spouse day to her husband on her Twitter profile and also stated that he set her soul on fire. Scroll down to explore more interesting personal facts and biography of Kelly:

Who is Kristen Kelly?

She is an American country music singer who has been signed to Arista Nashville. She made her debut in the music industry from her single “Ex-Old Man” which was released in April 2012.  She is also noted for being part of the 2012 Virtual Reality World Tour of country music musician Brad Paisley.

Kristen Kelly hasn’t disclosed her date of birth but her place of birth is in Waco, Texas. After her parents’ divorce, she started living with her mother named Cindy who later married another man. During her childhood days, she was molested by her stepfather whom she reported after two decades. Her stepfather was found guilty for sexual assault by a McLennan County jury in a 2001 trial.

This made him get the punishment of 20 years of jail imprisonment. She went for receiving counseling from the Advocacy Center. She developed an interest in writing poetry which later made her get interested in songwriting. According to her biography mentioned in Kristen’s official Facebook page, her grandfather Sterling Kelly was a country musician as well.

She was passionate about singing from her early age which made her join the band Big Dave & the Freaks. After that, she went for the Waco’s McLennan Community College’s commercial music program from where she got the opportunity to sharpen her musical and singing skills in 2004.

In 2001, she was bartending during which her impromptu performance made Kristen received the invitation to sing with a classic-rock cover band. While being at her first-semester class at Waco’s McLennan Community College, she was requested to sing harmony on songs by one of her friends. Eventually, Kristen started recording as a lead vocal and finally released their album titled The Highway Is My Home.

In late 2008, her original partner left this world which made her record her debut. Her first single was entitled Ex-Old Man which become commercially as well as critically successful. It was able to enter the Hot Country Songs chart in May 2012 at number 60. Further, the single earned the B+ rating by Country Universe. She was dragged into the controversy after her single was found using a riff without permission from the 10997’s single-named How Bizarre by New Zealand band OMC.

Kristen Kelly is a married celebrity and her husband is none other than singer-songwriter Jimmy Stanley. They got engaged in 2015 and after a year celebrated their wedding. Both of them must be happy from their conjugal life as the duo are found posting about their happy married life. Kelly and her spouse Jimmy haven’t welcomed any children yet. Talking more about her personal life, she believes in god and describes ‘faith” as one of the essential tools for success in one’s life.

Moving to her body measurements, American singer Kristen Kelly has a tall height and a perfectly balanced body figure. She is blessed with fair skin, straight hair and blue colored eyes. However, the exact height, weight, diet plan,m workout routine of the singer are not disclosed.

The net worth amassed by American singer Kristen Kelly is still under review. She is active in the industry since 2001 and thus, must have garnered an impressive amount of net worth in her account.

One can explore Kristen’s bio on most of the desired wiki sites including Wikipedia. You can also find her on social networking sites where Kristen’s Facebook page is reachable @kristenkellymusic. She is also active on Instagram @kristenkellymusic and Twitter @KristenKelly. She has retained over 9k, 41k and 26k followers on her Instagram, Facebook and Twitter profile respectively as of now.