Is Lucy Verasamy married? No, she isn’t. However, Verasamy has never officially revealed her relationship status and the reports suggest she is still single. In the past, she was rumored to have dated few handsome guys from the industry.

Recently, she was rumored to have a connection with famous reality TV star Eyal Booker as their picture was uploaded on Instagram. Responding to a query from one of the social media user who asked, “Did you find a ‘connection?” she responded “100%” in a teasing manner.

Further, she was also rumored to stay in the relationship with her fellow weather presenter, Alex Beresford. Lucy uploaded a picture with Alex on 12 April 2016 with a caption “extra filming with TV another half” and has also included “Mr&Mrs” which created confusion to the public.

Later, it was known that Alex was already married to another woman wife Natalie and has a loving child from his conjugal life. This made us in conclusion that Alex Beresford isn’t Lucy Verasamy’s husband. Scroll down to explore more interesting biography about Verasamy with her personal life details:

Lucy Verasamy is an English weather forecaster who currently works for ITV. According to her biography, she was born on 2 August 1980, which makes her age be 40 years old now as of 2020. She has established herself as one of the successful weather stars. She is also contributing to the British commercial TV net worth ITV.

Starting her profession as the forecaster at the Press Association’s weather center, she has made great achievements in the industry. Further, she is also noted for being a member of the ITV Racing team. We can see her contributing as a relief weather presenter for Good Morning Britain which she joined in August 2017.

Verasamy was born in 1980 in Kings Lynn, Norfolk, England. She grew up with her parents in her hometown i.e. Kings Lynn. She hasn’t disclosed facts about her family members and her childhood day detail. Talking about her education and academic achievements, Lucy joined many schools including Silfield Primary School in Wymondham.

Later, she attended Framlingham College Junior School in Suffolk. For her higher education, she went to the King Edward VII School in King’s Lynn for studying A-Level Geography. She received a B.Sc. degree in Geography by joining Brunel University in 2001.

Lucy Verasamy started working at the Press Association’s weather center as a forecaster after completing her graduation for four years. She contributed writing for newspaper and radio’s script. Before working as a weather forecaster, she had garnered an experience of being placed at the Sky Weather Centre. She has worked for Sky News breakfast show titled Sunrise as the regular weather presenter.

She was seen being the part of Sky News website’s Climate Clinic – Ask Lucy where Lucy used to answer the questions from the public regarding climate change as a part of the Green Britain campaign. Further, Lucy also worked for Sky News’s The Weather Girls blog. She joined the ITV Breakfast program Daybreak on 6 September 2010 as an environment correspondent and weather forecast being accompanied with Kirsty McCabe. 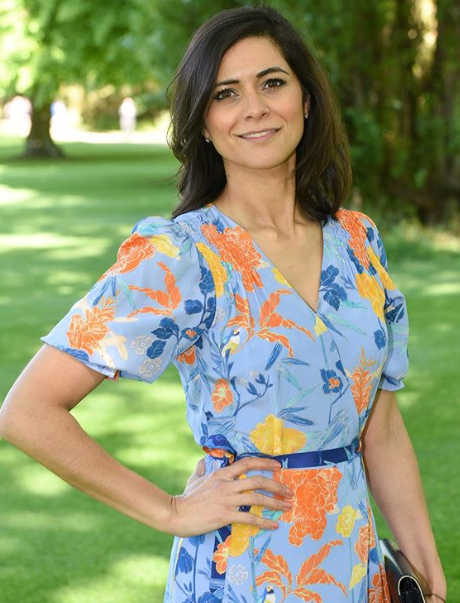 Kirsty McCabe quit her job for the breakfast program which made Lucy as the sole weather forecaster on 7 February 2012. The same year on 2nd August, Lucy too quit the program. After that, she has fronted the national weather forecasts for ITV. She is also serving as a weather expert for the ITV Racing team. From August, she contributed as the relief weather presenter by joining the Good Morning Britain.

The British weather star is not married yet and is living a life free of the husband. Lucy Verasamy’s fellow star was supposed to be her partner but was later proven wrong.  When it comes to state the personal secrets and facts regarding her romantic love life, Lucy maintains her lips tight.

Though she has been rumored to have dated many stars officially, no one has been proven to be Lucy’s boyfriend/ partner. As of now, the British weather forecaster resides in South West London.

Verasamy has a height of 5 feet and 5 inches which makes her stand at an average height. Her weight is balanced as per her height weighing 55 kilograms. With brilliance in forecasting weather, she is a person with a sparkling personality. Lucy has a body measurement of 32-29-33 inches and looks awesome in her black hair and dark brown colored eye. 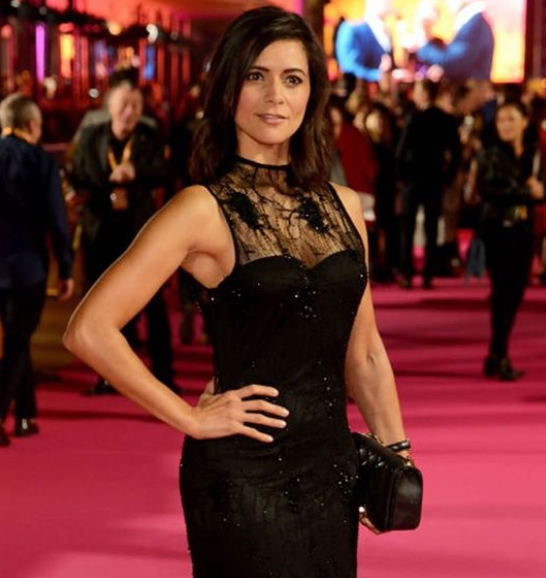 Lucy Verasamy has an estimated net worth of 1 million dollars. She has made a great fortune from her journalism career and is receiving a jaw-dropping amount of remuneration. Not a verified fact, she is believed to have a salary amounting to 57,277 USD. Lucy is involved in which are focused on environmental and global warming and climatic change issues.

The English weather forecaster has her bio mentioned in most of the demanded wiki sites like Wikipedia. The meteorologist is available on Instagram @lucyweather and on Twitter @LucyWeather where she has amassed more than 125k and 165k followers respectively.