Is Jack Avery married? No, he isn’t. However, he is in a serious relationship with Instagram star Gabriela Gonzalez (born on September 6, 2001). Although the pair hasn’t celebrated their wedding, they welcomed a daughter named Lavender May Avery on April 22, 2019. Avery and his girlfriend Gonzalez became parents before entering their 20s. Despite being young, they have proven to become responsible parents and showed their matureness. Scroll down to explore more interesting personal facts and biography of Avery:

Who is Jack Avery?

Born as Jack Robert Avery, he landed the planet on July 1, 1999, which makes his age be 21 years old as of 2020. By profession, he is an American pop singer and songwriter best known for being a member of the American boy band Why Don’t We. He also made his appearance in the short action comedy film The Fearless Five which was directed by Evan Hara and released on 9 July 2015 (USA). Jack is widely appreciated for his outstanding piano and guitar skills. He has retained a roster of followers through his adorable, smooth and soulful voice.

Avery was born in 1999 and his place of birth is in Burbank, California, the United States of America. Talking about his family background, he was born to parents named John Avery (father) and Kristin Stanford (mother). His mother was born on June 2, 1974, has helped Jack to manage his career.

He has an older sister named Sydnie Avery (born on October 30, 1995) who is a blogger by profession and manages online clothing line, Sweet Girl. He has two younger sisters named Ava Stanford (born on March 6, 2004) and Isla Stanford (born on November 12, 2008). Sydnie is currently dating Anthony Ortiz (born on 22,  January 1998) and was previously in a relationship with singer Devin Hayes (10 June 1999).

Jack spent most of his early days in Susquehanna, Pennsylvania. Regarding his education and academic achievements, he went to Susquehanna Community High School from where he received his graduation in 2017. He used to play baseball and was an active kid during his school days.

Jack was always inspired by his parents where his father introduced him to music. It was his father who taught him to play the piano. He started his music career at the age of 12 and initially used to share his talent through social media platforms. His mother helped him manage his career and perform at various local events.

The band has released an album called 8 Letters on August 31, 2018. The extended plays by the band are Only the Beginning, Something Different, Invitation, Why Don’t We Just, Spotify Singles and A White Don’t We Christmas. Avery started gaining popularity after the release of his solo single called “Liar” in 2016. He has also been the part of the meet-and-greet tour “Impact” where he was also accompanied by Zachary Herron and Corbyn Besson. 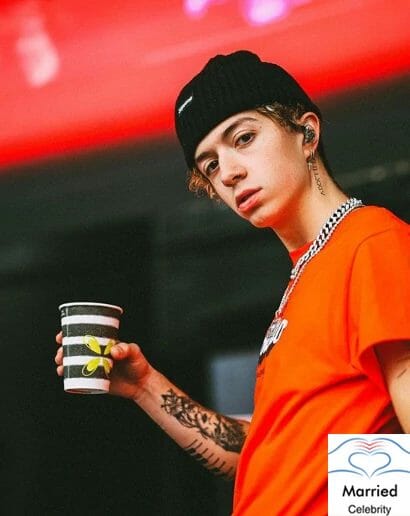 Jack Avery isn’t married yet. His relationship with his partner Gabriela Gonzalez is not less than being husband and wife. The couple has an age gap of two years as Avery is elder to his girlfriend. They welcomed their first child as a daughter named Lavender May Avery in 2019.

American singer Jack Avery stands at an average height of 5 feet 8 inches. She weighs about 68 kilograms or 149 lbs which makes his possesses a balanced BMI calculation. As per some online sources, his biceps measure 14 inches whereas his chest measures 38 inches. Avery’s eye and hair are of blue and dark brown color respectively.

How Much is the Net worth of Jack Avery?

Jack Robert Avery has an estimated net worth of 600,000 USD. He started his musical career when he was twelve years old and now, he is one of the popular rising public figures. He is also a popular social media star where his followers are rising rapidly. He was also starred in a short film named Fearless Five.