Is James Asquith married? The youngest person to travel to all the 196 sovereign counties in the world isn’t married yet. However, he is dating a beautiful lady named Robyn Ferguson. The pair openly shares their time together and often visit new places and countries together. Both of them have already been spotted in the countries like Thailand, United Arab Emirates (Dubai), Qatar, Greece, Uganda and many more. They are running in their 20s and seem not in hurry to celebrate their wedding early. Many women around the globe must be jealous of James Asquith’s future wife as he takes his girlfriend on vacation and travels regularly.

Who is James Asquith?

Born as James Asquith, he is a Guinness World Record Holder who has visited all the 196 countries in the world. By profession, he is a traveler, investment banker and author. He holds the record of being the youngest person to visit every sovereign country for which he has gained global recognition. As of now, there are 193 official countries {member states) in the United Nations. How old is James Asquith?

Asquith was born in 1988 in Surrey, England. He spent most of his early life in Stevenage. He was fond of traveling from an early age and used to get excited whenever his guardian take him out. Regarding his education and academic achievements, he went to the London School of Economics from where he earned his Bachelor’s degree in 2007.

He was raised alongside his sister. At the age of 12, he used to wash cars so that he could make pocket money for himself. When he collected £120 by working, he offered it to his mother which she refused to take. Instead, she opened a bank account in his name after which he got more inspired to earn and save money in the bank account.

Following his graduation, he went to Southern Vietnam for volunteering and since then he started his journey of traveling to every country. His early source of earning was his involvement in part-time jobs and returns from the investment which he made in the stock market. He was quite inspired by his father who is a pilot by profession who worked for British Midland International (BMI). He has also worked on hostels and bars while traveling so that he could get free food and lodging facilities. According to some wiki sites, he traveled all the 196 countries within 5 years where the cost of the entire trip amounted to $209,000.

How did he fund the trip?

If you think Asquith comes from a billionaire family background, you are totally wring, He was a normal British young guy where his family doesn’t really come from anything. However, his parents have always supported and inspired him and taught him the importance of dedication and hard work.

When he was 15 years old. he used to go for three different jobs including blowing up balloons in a shop where he was paid £4 an hour was a wage. He ever utilized money in wasting for entertainment purposes as most of them were completely saved. At the age of 17, he initiated an events business and his ambition grew where he thought of buying his own house. 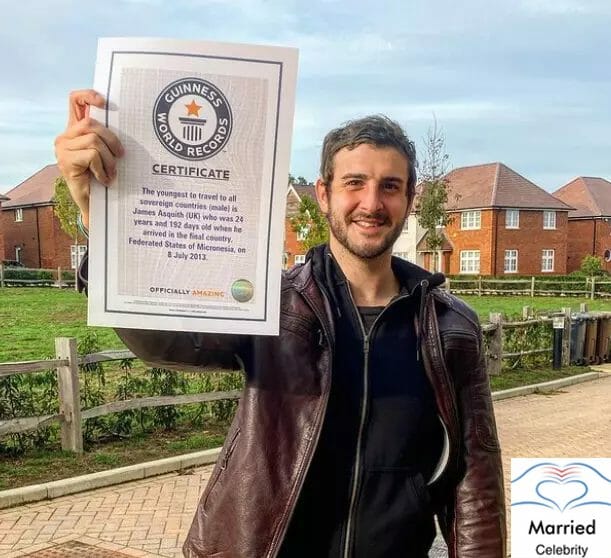 He started trading shares and had invested all of his savings into the share market during the financial crisis in 2008. The stock market gave him multiple lessons from where he made a big amount as well as lost a huge portion of his investment later. He had only few funds left which he decided to spend on traveling rather than buying a house. It might be very interesting to our readers that his trip was sponsorships and made it on his own. He wanted to challenge himself and prove that it is possible to do it on his own.

How much is James Asquith worth?

The Guinness World Record Holder James Asquith has an estimated net worth of US$7 million. He is a former investment banker who has now worked as the CEO of the company. He has set multiple records where he has been a customer of more than 270+ airlines and taken over 1500 flights. His book Breaking Borders has broken the top 10 in travel literature on Amazon.

Just after completing his bachelor’s degree, he turned into a banker. After Vietnam., he made his journey successful by traveling all the countries in the world from all the continents. As an author, he authored a book titled “Breaking Bordes” in 2016. His next famous task was launching an app called Holiday Swap which intends to allow people to swap homes with each other when traveling. The app has already reached the market of more than 110 countries and is preferred by various airline and tourist boards.

As of now, he has already worked with popular banks like SMBC Nikko, HSBC and Deutsche Bank. He is also serving as the CEO of Holiday Swap that has been offering people to swap their accommodation anywhere in the world making travel easier, more fun and efficient. The app/ website was ranked Best Home Sharing Platform 2020 and is popular among its users as it allows people to stop overpaying to stay. 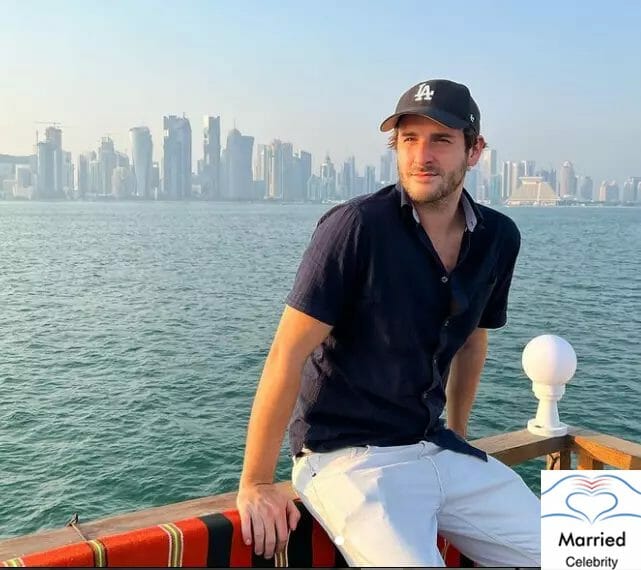 James Asquith stands at a tall height above 5 feet and 10 inches. He is a fitness-conscious person and has always taken care of his body throughout his journey traveling all around the world. Fitness and perfect health status are most essential for traveling. The verified information on Asquith’s height, weight and other stats aren’t provided in his wiki.

Height: Above 5 feet and 10 inches

Net worth: US$7 million.