Former beauty queen Jennifer Gareis is currently ruling millions of hearts through her acting skills. The gorgeous is famous among viewers as Grace Turner from The Young and the Restless. Her role Donna Logan on The Bold and the Beautiful was also one of her notable work.

Here are some details regarding Jennifer personal life, wiki and her venture.

When it comes to her personal life, Jennifer got happily married with her longtime boyfriend Bobby Ghassemieh. The duo’s wedding was held on 7th March 2010. The duo often share their moments and picture on their social media handles. She took an Instagram to wish father’s day with a family photo and she wrote,

“#happyfathersday to my two favorite dads in the world! What an amazing adventure we have had, Bobby!! So glad we decided to do this together! We are so blessed to have each other & this wonderful family! Love you so much!! ❤️❤️❤️

Daddy, you mean the world to me!!!! You have taught me so much & supported me every single step of the way. I have learned from you & grown so much with your help, but no matter how old I get, I will ALWAYS be your little girl! I love you so much, more than words could say!!!!” 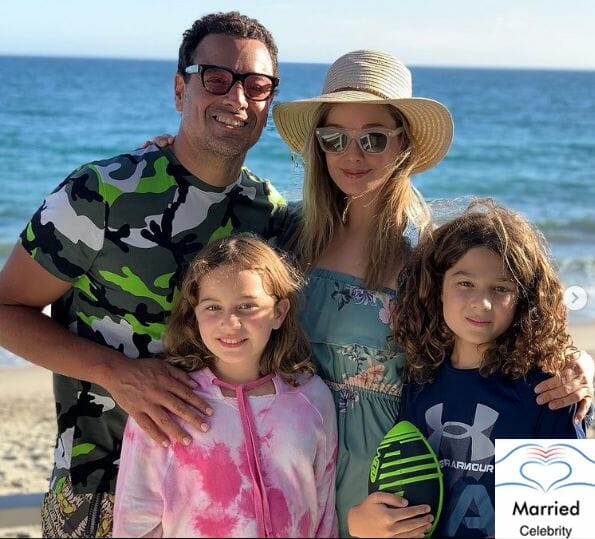 Gareis stands at an average height of 5 feet and 7 inches tall. Because of her long dark blonde hair and blue colored eyes she looks more beautiful. Likewise, beautiful actress has well maintained body measurement with a 38-25-25 inches. Similarly, the gorgeous weighs about 60 kg.

Beautiful Jennifer was born to Dolores Ann Feige and John W. Gareis. By birth she is Leo zodiac sign and she celebrates her birthday every year on 1st of August. She was in 1970 that makes her 51 years old. As of white ethnicity while she holds an American Citizenship.

She was conceived at Lancaster, Pennsylvania, United States of America. She grew up at her hometown and birthplace by her parents. Similarly, her great grandmother Sebastiana Tringali came from Militello in Val di Catania. She shares her parents with one sister named Rebecca Gareis.

Talented and gifted Gareis had done her high school from J. P. McCaskey High School in 1988. After then she earned a Bachelor of Science degree in accounting, from Franklin and Marshall College. After graduating she went to Pepperdine University. She left Pepperdine with a Master’s of Business Administration degree.

Regarding Gareis’s professional life, she competed in her first beauty pageant in 1992. Later, she becomes second runner-up at Miss Pennsylvania USA. After that she took part in the Miss New York USA. After winning the 1994 title, she represented New York in the Miss USA 1994 pageant. There she made into top six of the nationally televised pageant. That year Lu Parker of South Carolina won the crown.

Her career took off when Gareis was cast as Donna Logan on The Bold and the Beautiful. After portraying that role she even got listed into the ranked #90 on the Maxim Hot 100 Women of 2002.

Net worth and Salary of Jennifer Gareis

In her entire career she had earned immense popularity and fame. Her total assist has been estimated at around $ 2 US dollars. Meanwhile she has not disclosed her exact annual salary. Undoubtedly, she has a promising future as an actress and her net worth and salary will likely to increase in the forthcoming years.

Her presence on social media including Instagram, Twitter and Facebook makes her more famous. She is followed by more than 78.7 K people on her Instagram Handle. Similarly, we can found Gareis on Wikipedia and IMDb.