Is Joely Collins married? Yes, she is. Her husband’s name is Stefan Buitelaar. The couple celebrated their wedding in Leiden, Netherlands on August 23, 2008. From their conjugal life, they are blessed with a daughter named Zoë Amelie born on October 26, 2009. Scroll down to explore more interesting personal facts and biography of Collins: 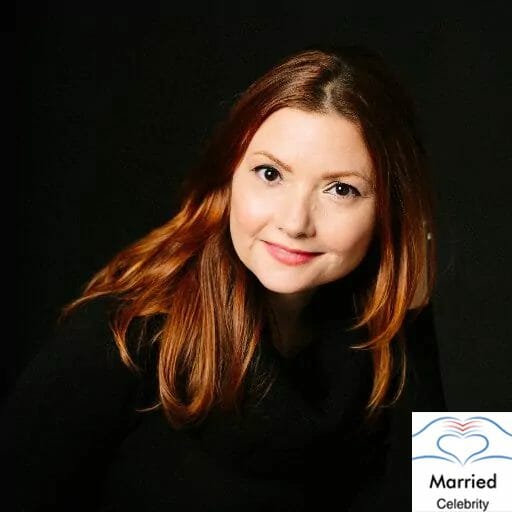 Who is Joely Collins?

Born as Joely Collins, she landed the planet on August 8, 1972, which makes her age be 48 years old as of 2020. By profession, she is a Canadian-English actress who is also noted for being a producer. She is best known for appearing in police procedural television series Cold Squad as Christine Wren and supernatural horror film Brahms: The Boy II as Mary.

Collins was born in 1972 and her place of birth is in Vancouver, British Columbia, Canada. Talking about her family background, she was born to the parents named Phil Collins (father) and Andrea Bertorelli (mother). Her father Phil (born on 30 January 1951) is an English drummer, singer, actor and recorder producer. She spent most of her early days in Vancouver, British Columbia.

Regarding her education and academic achievements, she went to the Vancouver Youth Theatre to study acting. Later, she was enrolled at London’s Royal Academy of Dramatic Arts. She is blessed with a sister named Lily Collins and two brothers named Nicholas Collins and Simon Collins.

In 1994, she appeared as Rachael Langston in teen drama television series Madison for the episode “Kiss of Life”. Her outstanding performance made her earn the title of Canada’s “Best Leading Actress” when she was 22 years old. The same year, she served as Barb in drama televisions series Neon Rider and as Kelly in television film Moment of Truth: To Walk Again. The following year, they appeared in television film Beauty’s Revenge, animated television show Action Man, horror film Hideaway and slasher film Deadly Sins.

In 1996, she appeared in televisions series Poltergeist: The Legacy as Emily, television film Home Song as Erin, television pilot Generation X as Jeannie, television movie Annie O as Robin and is also credited for her voice role in animated series Hurricanes.

Joely Collins is a married man. She has been enjoying her happy conjugal life for over a decade since August 23, 2008. The pair extended their family life by being parents to a daughter named Zoë Amelie who was born in 2009. There is not any information about the past relationship records of Collins. On her Twitter account, she has described herself as a Buddhist, adventurer, animal champion, tea drinker and chocolate lover.

Police procedural television series Cold Squad star Joely Collins stands at an average height of 5 feet and 5 inches. She weighs about 51 kilograms which makes her have a healthy BMI calculation. Her body statistics is 32-24-33 inches which makes her carry an appealing personality. Collins is blessed with hazel brown colored eyes and dark brown hair.

Canadian-English actress Joely Collins has an estimated net worth of 2 million USD which is yet to be verified. She is active in the entertainment industry since 1993 and has garnered a roster of followers. She was honored with Canada’s “Best Leading Actress” for her work/ appearance in teen drama series Madison. For her work in the television film The Love Crimes of Gillian Guess, she earned the Best Actress in a Canadian Film during the Vancouver Film Critics Circle Awards in 2004.

Joely Collins is a renowned actress who is active in the film industry since her 20s. she creates a happy environment on her work areas and her utmost efforts towards her job have made her more popular.