Is Julius Dein married? No, he isn’t, However, the famous London born magician Julius Dein has a beautiful girlfriend who is better known for being a Swedish Instagram influencer. So, what is Juluis Dein’s girlfriend name? Let’s find below:

Julius Dein is enjoying his dating life with his girlfriend named Estelle Berglin whose Instagram account can be reached @swealife. As a social media sensation, she has established herself as an Instagram personality, fitness/ health blogger as well as a YouTube personality. The pair seems to be very supportive and their relationship has high potentiality of reaching to wedding ceremony.

From their social media posts, it is clear that Julius and his gf Estelle Berglin are still together. They might announce their engagement as well as they are very serious in their relationship. It seems like both of them cannot find another best person in their love life. Julius featured his girlfriend in one of his social media videos where he performs a magic trick with water and glass. The trick shocked his gf and her expression was adorable. 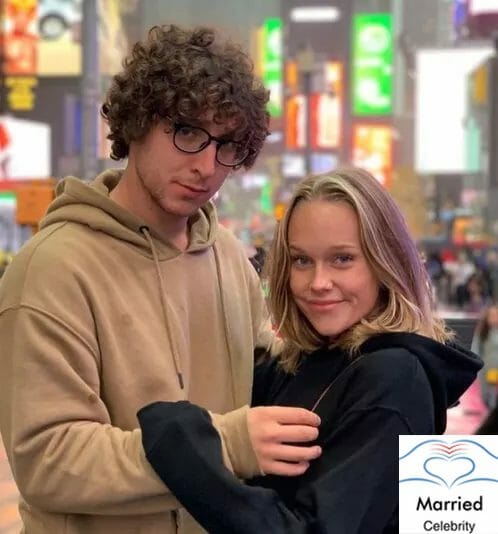 Who has Dein dated in the past?

Moving towards his past relationship records, the famous street magician has previously dated Facebook star turned actress and model, Amber Doig-Throne (born on October 25, 1994). Like Dein, Doig-Throne is also recognized by many people for her prank videos.

Who is Julius Dein?

By profession, Dein is an English street magician, social media sensation and a multi-talented illusionist. He is mostly appreciated for his innovative magic ideas and is good at his close-up magic routines and pranks. As of now, he is one of the members of the exclusive Magic Circle society. He has been spotted on various grand parties including corporate events, celebrity birthday parties and so on.

He is also active on his eponymous YouTube channel where he has amassed more than 6.5 million subscribers. Likewise, he has already garnered over 7 million followers on his official Instagram handle. He performs magic trick with the normal objects that comes in our day-to-day use like match sticks, paper, cutter knife and cards.

Dein was born in 1994 and his place of birth is in London, England. He was born to the parents named Jemery Dein (father) and Lee Dein (mother). His mother is a famous author as well who is better known for authoring books like “The Magic Link of Handwriting Programme.” 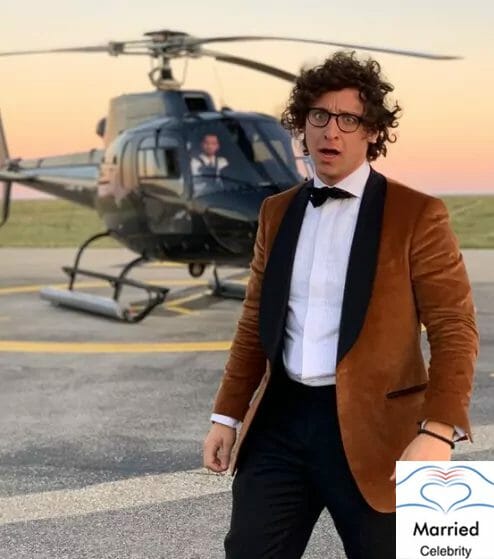 At the age of 8, Dein developed interest in magic for which he started working hard. He attended Jewish Free School in Kenton, Northwest London from where he earned his high school graduation. He went to King’s College of London where his major subject was International Relations. He was also enrolled at the University of California – Los Angeles.

Net worth; Is Julius Dein Rich?

The man behind multiple creative magic tricks, Julius Dein has an estimated net worth of US$3.11 million. He is mostly known for mixing outstanding magic tricks to create hilarious comedy. no doubt, he is the face of modern-day magic with large number of followers worldwide.

How Tall is Julius Dein?

Julius Dein stands at a tall height of 5 feet and 9 inches. As per some online sources, he weighs about 70 kilograms or 154 pounds. He has a slim body structure with maintained physique. There are high chances that he is getting health and fitness advices from his girlfriend who is a fitness expert as well.

How old is Julius Dein?

As a social media sensation, Dein has been aware of his activeness required to upgrade his professional level and reach more number of audience. One can find him on Facebook @Juliusmagic where he has more than 43 million followers. His Instagram account is available @juliusdein whereas one can find his Twitter account @juliusdein. Through his SEO skills and magic dedication, he has boosted his popularity in a couple of years. We are all born with natural abilities, but most of us never develop them. Dein was born with a natural ability to make people laugh. He used to stand on the side of a road and make people laugh by doing magic tricks. He learned how to do magic at a young age and eventually became a professional magician. It was a great job that paid well and allowed him to travel the world and meet many interesting people.

It was also an excellent opportunity to develop his social skills, as he had to interact with many different types of people every day. He did not know it at the time, but this experience would be the beginning of a long journey in which he would have to learn how to balance his own needs and desires against those of others.

The internet has made a huge impact on our lives. It has changed the way we communicate and it has also changed the way we are entertained. With the advent of smartphones, we can now take video clips of ourselves pranking our friends and upload them to Facebook or YouTube. This is a great way to share videos that you have made, but it has also become a great way to get attention for yourself. Dein, who is good at magic, tricks and creating illusions has used this online platform in order to establish his professional career. He is highly satisfied by his work which is completely based on his own interest and related to his passion.