Is Kelly Doty married? No, she isn’t. She has maintained privacy about her past relationship records. It seems like she is   happy with her unmarried lifestyle. Doty is yet to find the best man to come in her life who would support her as the perfect husband.

How old is Kelly Doty?

The American tattoo artist Kelly Doty was born on July 10, 1983, which makes his age be 39 years old as of 2022. Her place of birth is in Connecticut, the United States.

Who is Kelly Doty?

Kelly Doty is one of the nationally recognized American tattoo artists. It’s hard to see a tattoo artist become a social media sensation and gain wide recognition. Thanks, to the American reality television competition series like “Ink Master” that scouts  talented tattoo artists to compete in various challenges exploring new and innovative tattooing and related artistic skills. Kelly is one of those artists who rose into the limelight after appearing in the series, Ink Master. 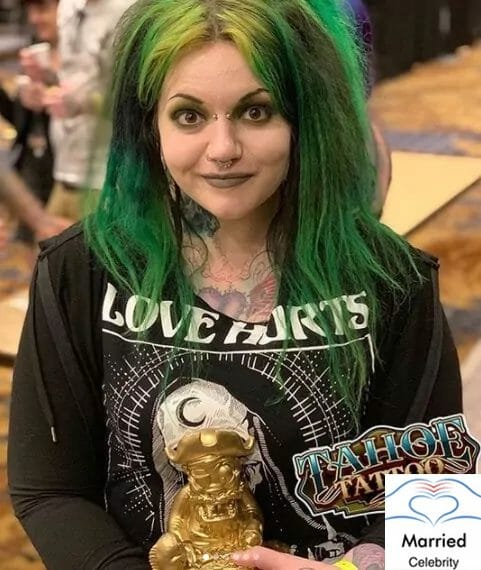 Kelly participated in the season 8 of Ink Master where she was one of the finalist securing Third place. The platform allowed her grab huge recognition and definitely, she has been able to uplift her professional career by welcoming A-class celebrities as her clients. She is known for her full-dedication and her innovative skills has always satisfied customers who was to decorate their body with artistic design.

If you’re looking for Kelly’s wiki, there are high chances that you knew her from her appearance in the eigth season of the popular show, Ink Master: Peck vs Nuñez which got premiered on August 23, 2016. The series ran for 16 episodes and concluded on December 6, 2016. The show’s main attraction was the host/ guitarist Dave Navarro where he was accompanied by regular judges like Oliver Peck and Chris Nuñez. The winner was declared to receive a cash prize of $100,000 alongside opportunity to be featured in Inked magazine.

Kelly reached to the finale where she became unsuccessful in becoming the winner of the show. Finally, it was won by Ryan Ashley DiCristina (née Malarkey) from Dallas who was chosen to be a part of Team Peck. 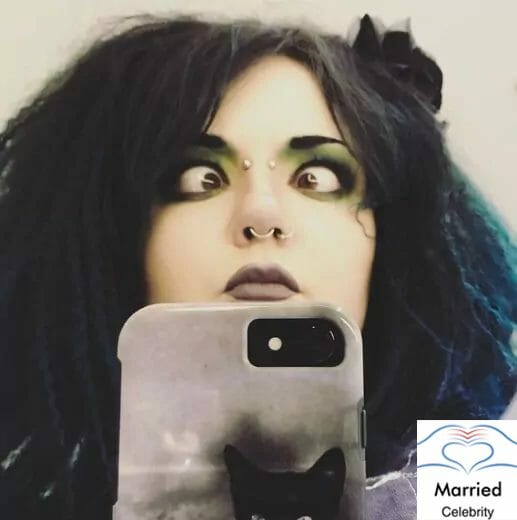 Kelly Doty stands at a tall height of 5 feet and 5 inches or 165 cm. She weighs about 68 kilograms or 150lbs. She looks amazing in her expressive Dark-Brown eyes. Many people loves her intentional amusing facial expressions which makes her appear distinct from others. Her other distinctive features include her high cheekbones, piercings on her face as well as multiple tattoos in her body.

Kelly’s natural hair color is Black. However, she is seen dying her hair in different shades.

How did Kelly Doty lose Weight?

The famous television personality/ tattoo artist Kelly Doty weight loss journey has already started where she has been able to reduce 14 pounds in a short time. She is following a nutritious meal eliminating carbs and high-fats containing foods. She is regularly attending regular gym sessions and consulting health experts for he weight loss.

People are talking about the weight loss surgery by Kelly Doty, which is totally wrong. She has been reducing her weight naturally by being serious in her nutritional consumption and remaining under regular fitness activities.

Kelly Doty Weight Loss Before and After

It’s obvious that Kelly Doty looks different compared to her before and after pictures since she has started her weight loss journey. The photographs on her social media and other platforms are proof of her drastic body changes.

Highly Inspired by her Grandfather

The Ink Master participant Kelly is highly inspired by her grandfather named Bob Doty who has supported her in her journey in the artistic industry. He was the man who raised her and fulfilled all the obligations that parents need to do.

In 2007, she began her tattooing career in full support of her grandfather. She is known for creating creatures that are both, creepy and cute. She also loved doing horror works where her artistic character often appears in various expressions. She credits traveling hobby to be inspiring and influencing her a lot. Interesting stories and events have always been the prime subject of her curiosity. 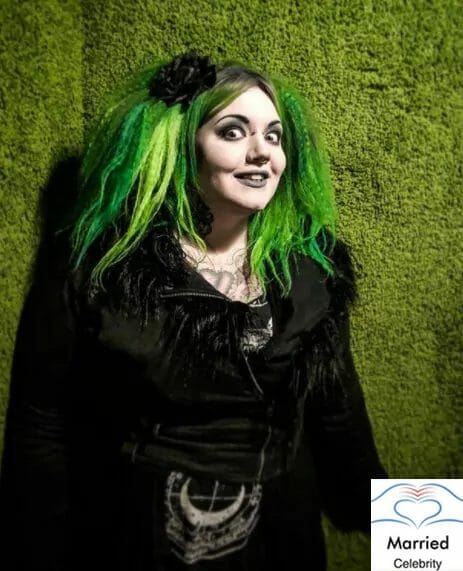 She is also the co-founder of tattoo shop Helheim Gallery which she operates with her friend named Kristin Welch. The shop is located in her adopted home of Salem, Mass.

As per our research, Kelly Doty has an estimated net worth of US$1.9 million. Her artistic works has made her grab regular earning where her business has been making a significant return and experiencing growth every year.

The biography of artist Kelly Doty is prepared by various wiki sites but is still missing from Wikipedia. Find her on Instagram @kellydotylovessoup where she has amassed more than 600k followers. Similarly, she has retained over 43k followers on her Twitter handle @kellydotytattoo. One can find her on Facebook @kellydotytattoo where she is being followed by over 127k followers.

Net worth: US$1.9 million (estimated)