Is Michael Strahan gay? No, he isn’t. His past relationship records is the proof. However, his sexual orientation is a matter of discussion for the public as his wife Jean Muggli accused him of having an extramarital affair with another man named Ian Smith (a television doctor) during their divorce proceedings. Jean stated that Michael  moved into Ian’s one-bedroom apartment, and was having an alternative lifestyle. The accusation was denied by both Ian Smith and Michael Strahan’s attorney, Robert Penza.

The following day, Michael dismissed the allegation by speaking on the Wendy Williams radio show;

“If this were true, it would hit the fan from the get go,” he said. “I have plenty of friends that are bi or homosexual. It’s fine with me. This is New York City. If you can’t accept people for being people, then you have no business being here. I don’t frown on anybody for that lifestyle, it’s not my lifestyle. And you know, I just laugh. All that matters is that I’m gonna take care of my kids.”

He further added, “When I had to stay somewhere, he opened his door. It’s not that I couldn’t stay at any hotel I want.”

Michael was also seen standing in the support of the legalization of the same-sex marriage in new York by appearing in various commercials. 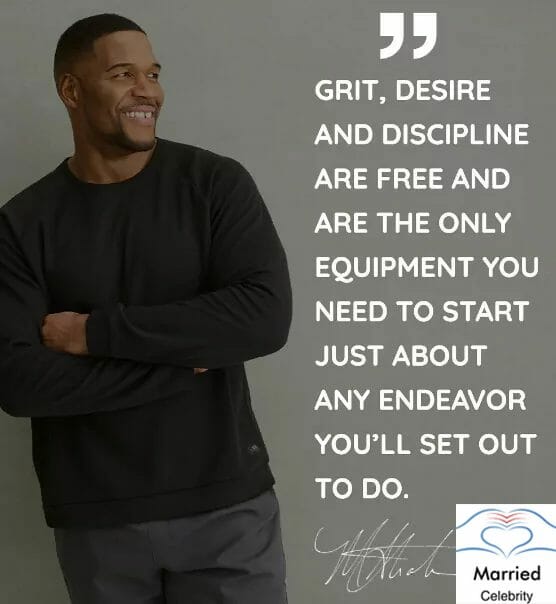 As pf now, Michael Strahan is a divorced man. He was first married to Wanda Hutchins. They celebrated their wedding in 1992 and ended their conjugal life in 1996. His first wife Hutchins is a successful businesswoman, decorator and interior designer. From their relationship, they welcomed two children including a son named Michael Anthony Strahan, Jr. and Tanita Strahan.

Following the divorce, he moved to  the same Houston neighborhood where his parents live and acquired a house worth $163,000. He started dating Jean Muggli whom he met at a spa for the first time. They exchanged their vows in 1999. In December 2004, the pair became blessed with a twin daughters named Isabella and Sophia. Michael and Jean started experiencing relationship troubles which made them separate ended their conjugal life through acrimonious divorce on July 20, 2006. As a part of divorce settlement, Jean Muggli was awarded $15 million excluding $18,000 monthly child support by Judge James B. Convery in January 2007.

After two months, Michael appealed after which the court order the auction of the New Jersey mansion and the money generated from the sales was to be divided evenly. The auction ended with the valuation of house at $3.6 million.

Michael started dating Nicole Mitchell who is widely recognized for being the ex-wife of actor/ comedian Eddie Murphy. They celebrated their engagement in August 2009. However, they could not last their relationship as expected and they ended their engaged life in 2014. 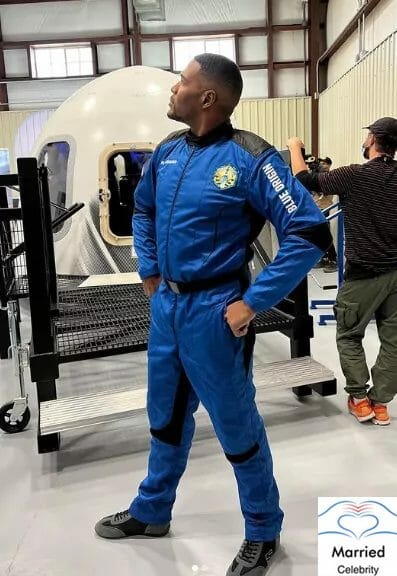 Michael Strahan was born in 1971 in Houston to the parents named Gene Willie Strahan (father) and Louise (Traylor) Strahan (mother). His father is  a retired Army Major and a boxer who has set a record of 1-1 against future WBC world heavyweight champion Ken Norton. He has a uncle named Art Strahan who is a retired defensive lineman.

At the age of 9, his family moved to West Germany at an army post, BFV (Benjamin Franklin Village). He attended US Department of Defense Dependent High School called Mannheim American High School (MAHS) where he used to play organized football as a linebacker. He was spent to live with his uncle during his senior year of high school,. He was highly inspired by his uncle and joined Westbury High School. He was able to impress from his first season of football which led him grab a scholarship offer from Texas Southern University. He earned his graduation from the university in 1993 after which he joined the National Football League (NFL).

His uncle Art inspired him a lot which made Michael follow his footsteps. Michael was dubbed double teaming “Strahan rules” by TSU coaches. He was selected All-America first team as a senior with the Texas Southern Tigers. He rose into the limelight after being named as the Black College Defensive Player of the Year. In 2014, Michael was inducted into the Black College Football Hall of Fame, one of his greatest achievements.

Today, he is widely recognized for his professional career as a television personality, journalist and space tourist. As known for being a former professional American football player, he has garnered experience of playing 15 seasons of his career with NFL’s New York Giants. His record is currently tied with T.J. Watt as a dominant pass rusher for the most NFL single-season quarterback sacks.

After his retirement from professional playing, he has turned into a media personality. He often appears as a football analyst on Fox NFL Sunday. He has also worked as the co-host for the popular television shows like Good Morning American on ABC and also on Live! with Kelly and Michael for which he earned two Daytime Emmy Awards. 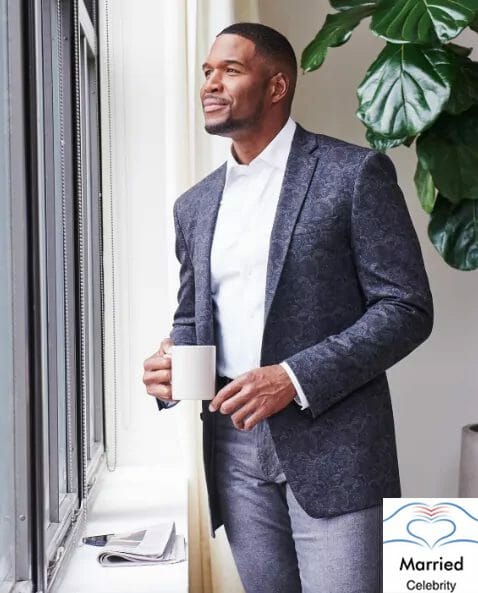 American television personality/ retired footballer Michael T. Strahan stands at a tall height of 6 feet and 5 inches or 196 cm. He weighs about 116 kilograms that is equal to 255 lbs. He is very serious about fitness and lives a life adopted with regular fitness and consuming balanced diet.

The famous retired professional American football player Michael Strahan has an estimated net worth of US$55 million. He has also proven to be a great philanthropist. He teamed up with his teammate Justin Tuck to design their own exclusive sneakers for ID studio where the proceedings was decided to be donated to Nike’s Let Me Play global campaign. He has also contributed at St. Jude Children’s Research Hospital In December 2018.

The biography of  Michael Strahan is prepared by various wiki sites including IMDb and Wikipedia. Find him on Instagram @michaelstrahan where he has amassed more than 1.4 million followers.