Is Mike O’Hearn married? Yes, he is. His wife’s name is Mona Muresan (born on October 4, 1975). His wife is known for being a Romanian-American fitness model, figure competitor, physical trainer and the owner of Nebraska Steakhouse and Lounge. The beautiful couple is blessed with a son named Titan O’Hearn. Titan was born on March 12, 2019.

Talking about his past relationship, O’Hearn was previously married to fitness model and beautician Melinda Midajah McCullum. Scroll down to explore more interesting personal secrets and biography facts of O’Hearn:

Who is Mike O’Hearn?

Born as Michael O’Hearn, he landed on the planet on January 26, 1969, which makes his age be 52 years old as of 2021. By profession, he is an American bodybuilder, actor, physical trainer and fitness model. He is a renowned name in the fitness industry where he has been named as a four-time Mr. “Natural” Universe titleholder being featured on over 500 magazine covers. 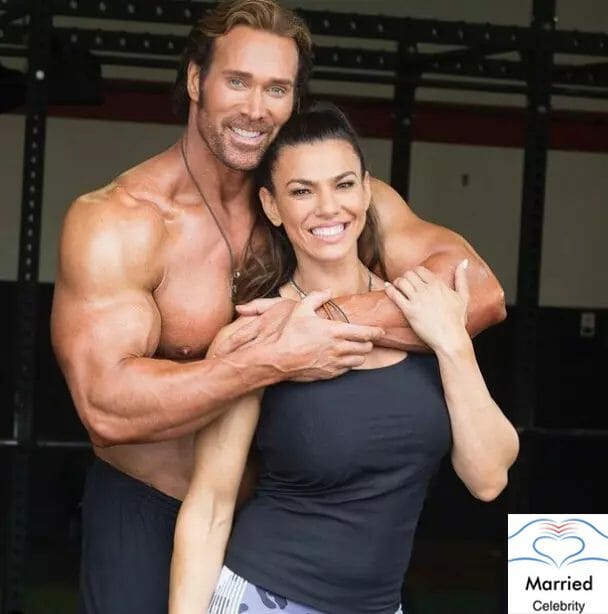 O’Hearn was born in 1969 and his place of birth is in Kirkland, Washington, the United States. He grew up in a family with a large number of members. He has eight siblings all being older than him. Growing up as part of nine siblings including five boys, he has retained memorable childhood days.

Career and Professional Journey of the Bodybuilder

Mike O’Hearn is an award-winning bodybuilder who has garnered experience in the industry for more than 4 decades. He is a genuine trainer who has helped people transform their bodies through a sustainable workout plan. One can grab his training by joining the Titan Crew considering and investing him as your coach and accountability partner. His qualification as a California Powerlifting Champion, four times Natural Mr. Universe and Martial Arts Hall of Fame member has made him one of the most followed fitness experts in the country.

Moving towards his acting career, he appeared in the 1992 Black comedy fantasy film Death Becomes Her in a minor supporting role. He was also starred in the 2004 Sandy Collora fan film World’s Finest as Clark Kent/Superman. He was also seen on the 2008 revival of the competition TV show American Gladiators as the gladiator “Titan”. He is credited for being the only Gladiator on both the original (as gladiator Thor) and the 2008 series. He was seen having a guest appearance on the NBC daytime soap opera broadcast Days of Our Lives in 2008 as a bartender. He reprised his role as Titan NBC’s Celebrity Family Feud with fellow gladiators like Wolf, Jet and Venom. His next appearance was in episode 14 of NBC’s Knight Rider revival as a cage fighter (guest appearance) in February 2009. He also made his appearance in season 7 of It’s Always Sunny in Philadelphia in 2011 portraying the role of Mac’s “avatar”. He was seen as a bodybuilder in the popular sitcom Workaholics episode called “Muscle I’d Like to Flex”.

He stepped into a new role in the entertainment industry being starred as well as producing the 7-episode action science-fiction thriller, Alter Ego. He appeared as The Hulk in the YouTube web series Epic Rap Battles of History’s episode 63 on June 29, 2016.

Mike O’Hearn is married to fitness instructor/ restaurant owner Mona Muresan. They carry mutual passion and have been running fitness programs together. Their romantic life is blessed with a baby boy named Titan O’Hearn. Many people still remember O’Hearn’s past conjugal life with former wrestler Melinda Midajah McCullum who is a well-established beautician and fitness model.

Professional bodybuilder from Washington Mike O’Hearn has a tall height of 6 feet and 1.5 inches or 187 cm. he weighs usually ranging between 245 – 255 pounds (111.1 – 115.7 kilograms). Regarding his workout plans, Mike is active five days a week giving breaks in Saturday and Sunday. On Monday, he goes for Chest, Cardio, and Abs whereas he replaces Chest with Legs workout on Tuesday. On Wednesday, he is focused on Shoulders, Cardio, and Abs and replaces Shoulders with Arms the following day. On Friday, he works for Back, Cardio, and Abs. Mike O’Hearn has an estimated net worth of US$4 million. Most of his earnings now come from his training packages through which thousands of people have already joined him. One of his biggest achievements including being named Fitness Model of the Year seven times. He has been running a training program focused on developing both strength and hypertrophy of clients along with aesthetics through his platform Power Bodybuilding.

The biography of Mike O’Hearn is prepared by various wiki sites including IMDb and Wikipedia. Find him on Instagram https://www.instagram.com/mikeohearn where he has amassed more than 1.9 million followers. One can reach his website through mikeohearn.com. His Twitter profile is reachable @MikeOHearn where he has amassed over 81k followers. He is also active on Facebook @mikeohearnofficialpage amassing over 1.5 million followers.

Mike O’Hearn is a famous American bodybuilder, TX star, trainer. Model and entrepreneur. He is a role model to a large number of people with a passion for fitness from different parts of the world.

Net Worth: US$4 million (estimated)