Is Nikki DeLoach married? Yes, she is. Her husband’s name is Ryan Goodell. The couple has been together for a long time and has been very supportive of each other. Their wedding ceremony took place in September 2009. In their decade-long conjugal life, they have already felt that they were and will be always made for each other.

Who is Nikki DeLoach’s husband?

A member of the former boy band Take 5, Ryan C Goodell is also a former musical artist. The group performed for four years before being dissolved in 2001. He currently works at a law firm named Morris Yorn Barnes Levine Entertainment Law Firm as an attorney.

Ryan became the talk of the town after his relationship with actress Nikki DeLoach was rumored in the city. Their marriage made Ryan become a topic of the public’s curiosity. He has proven to be a perfect better half and a loving and responsible parent as well. Nikki’s husband Ryan was born in June 1980 which makes his age be 42 years old as of 2022. He is from Minneapolis, Minnesota holding American nationality. He graduated from the University of California, Los Angeles studying political science but has always been passionate about the entertainment industry. Nikki is the sister-in-law to Ryan’s siblings including Jeffrey Clayton Goodell (aka Clay Goodell) and sister Courtney Goodell.

Ryan has always been attracted to music and has experienced a successful career as a pianist for the now-disbanded boy group, Take 5 which also included members like Timothy Joseph Christofore, Tilky Jones and Stevie Sculthorpe. While being in the musical group, the band released popular hits like Girl Of My Dreams, The Tide Is High and Sunrise Goodbye.

As of now, he is busy in his role as an attorney through which he has been making an impressive salary and professional growth. He earned his degree as a doctor of law (J.D.) in the year 2009 by being enrolled at the Loyola Law School, Loyola Marymount University. He has done legal internship at ICM and also worked as a file clerk at Callahan, McCune & Wills in 2005 before his graduation. His experience shows him to have also served at Toberff & Associates as a law clerk as well as at The Film Department as a legal intern. For half a year he spent at William Morris Endeavor working as a business affairs assistant.

Popular actress Nikki DeLoach is a mother of two kids both born as sons. Their first child was born William Hudson Goodell on October 22, 2013. Likewise, she became pregnant for the second time and welcomed her second son named Bennett Christopher Goodell on September 20, 2017. 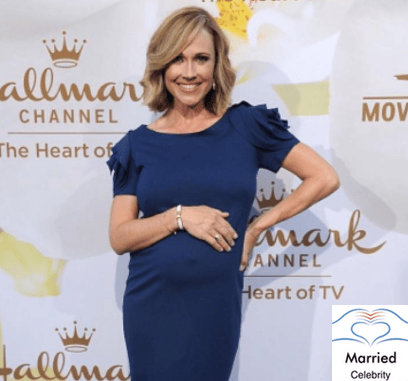 Is DeLoach Italian? What’s her nationality?

Nikki DeLoach was born in Waycross, Georgia, the United States. She is American by nationality and is not an Italian. However, her appearance and personality have made many people wrongly assume her to be an Italian.

She was born Ashlee Nicole DeLoach.

DeLoach was born in 1979 in Waycross, Georgia, the United States. By profession, she is an American actress who has established herself by appearing in the main roles including sitcom television series Misery Loves Company, prime-time soap opera North Sores, serial drama television series Windfall, teen comedy-drama television series Awkward and many more. Further, she has also made her appearance in movies like The Hunted (2013), The Devil’s in the Details (2013), The River Why (2010), The House Bunny (2008) and Traveller (1997).

In her own words, she describes herself as a mother, wife, teacher, actress as well as animal lover and co-founder of What We Are.

What are Nikki DeLoach’s salary and net worth?

Ashlee Nicole “Nikki” DeLoach has an estimated net worth of US$1.45 million. This is an estimated figure determined on the basis of her brand value, lifestyle, and comparison with other established celebrities. However, the real fact may vary from the above-stated amount of net worth. The exact amount of salary charged by Nikki for her television and film appearance is not revealed. However, it is quite clear that she must be receiving a handsome figure of salary for her acting job.

She spent her childhood days with her two younger siblings including a brother named Brett and a sister named LeAnne. Her sister is known for graduating from Valdosta State University whereas her brother used to play baseball for the University of Georgia. All three siblings have memorable childhood days where they grew up together on a farm.

She was interested in the beauty field and used t participate in the pageant world. As a child, she was able to earn multiple state and national titles. This made her secure several jobs for print ad modeling through which she became involved in the entertainment and glamour industry. She was highly supported by her parents where her mother spent together with her in New York City to pursue modeling jobs in the summer. 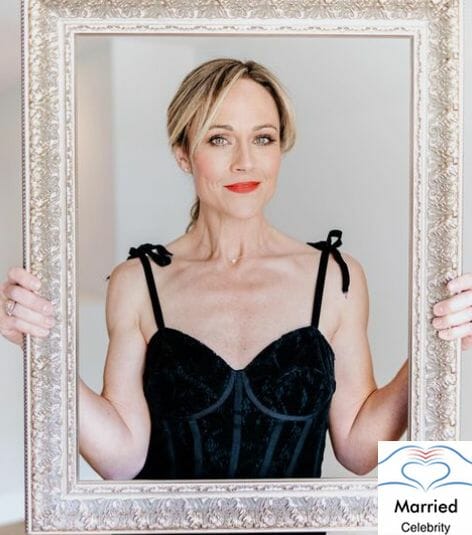 From 1991 to 1994, she worked for the Georgia 4-H Performing Arts Group Clovers & Company as a member. In 1993, DeLoach became part of the All-New Mickey Mouse Club including future actors like Ryan Gosling and Keri Russell as well as future music stars like Britney Spears, JC Chasez, Justin Timberlake and Christina Aguilera.

She stayed in a relationship with singer/ songwriter Joshua Scott “JC” Chasez who was also a member of the NSYNC, a boy band. The band’s first American album also mentioned her nickname Peaches in the liner notes. Later, she moved to Los Angeles with her grandmother in order to pursue her acting career.

How tall is Nikki DeLoach?

Moving towards her body measurement facts, Nikki DeLoach stands at an average height of 5 feet and 5 inches. She appears usually in her blonde hair and her body measurement is said to be 34-26-36 inches. Belonging to the entertainment industry, Nikki is very serious regarding her fitness and personality.

Does Nikki DeLoach have cancer?

Nikki DeLoach who has frequently starred in the Hallmark channels often appears in the role ending with happy scenes. However, real life is completely different from reel life as we all have to struggle and go through difficult times.

Nikki’s second son Bennett was diagnosed with multiple heart defects during the time of his birth which even raised questions on his survival. Similarly, her father was diagnosed with Pick’s Disease which is an aggressive form of dementia. However, there are no confirmed sources that can prove that Nikki DeLoach has been diagnosed with cancer.

Who are Nikki DeLoach’s parents?

Nikki was born to parents named David DeLoach (father) and Terri DeLoach (mother). Her father is better known for being the owner of a wood products company. Likewise, her mother used to work as Pierce County School superintendent. 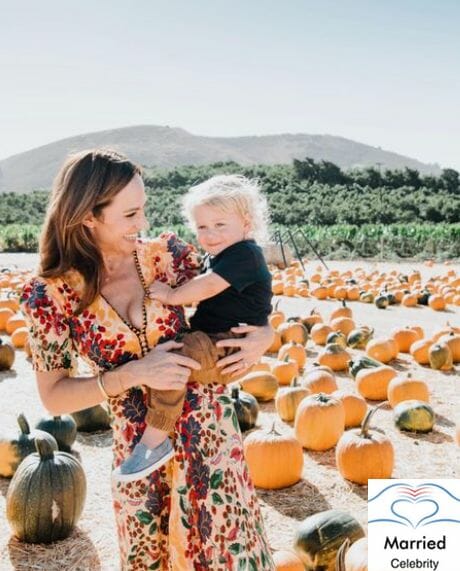 Actress Nikki DeLoach and Maureen McCormick are not related to each other. However, McCormick has played the role of Nikki’s grandma character in the Christmas Land (2015), television series.