Is Paloma Elsesser married? The simple answer is No. The American fashion model is having a romantic life with her boyfriend Andrea Adamo who is a famous fashion and design enthusiast from Italy. The pair never hesitates to show their bonding through their Instagram handles. Elsesser and her partner are not in hurry to get married early and both of them are focused on their professional journey. Belonging to the fashion and glamour world, both understand each other’s professional complexities.

She was born Paloma Kai Shockley Elsesser on April 12, 1992. Considering her date of birth, she is 30 years old as of 2022. Her place of birth is London, England. 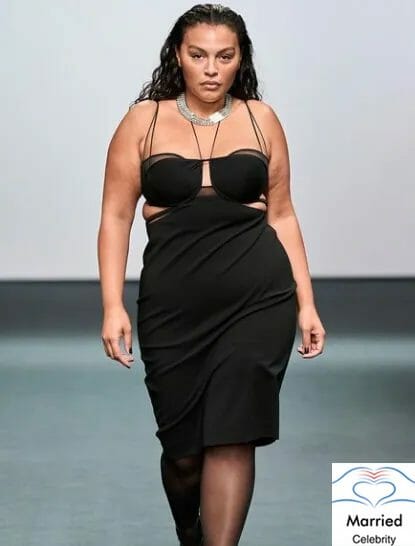 Paloma Elsesser was born to parents named Anedra Shockley-Elsesser (mother) and George Elsesser Carrasco (father). She spent her early days in Los Angeles and later moved to New York City which opened door for her modeling career as well. She went to The New School where she was a student of literature and psychology. Both of her parents were musicians and her mother also used to work as a teacher and writer. The inspiring spent her most of her time with Black Methodist grandparents remaining in one household.

Plus-sized model Paloma Elsesser has a sister named Ama who is an actress by profession and also works as a model being signed to IMG. Similarly, she has a brother named Sage Elsesser who has explored his career as a professional skateboarder and a rapper.

Elsesser carries mixed ethnic background. Her mother was an African-American mother with few proportions of European descent. On the other hand, her father was of Chilean and Swiss descent. Talking more about her family background, her grandfather was from Switzerland and migrated from a Swiss-Romande town. 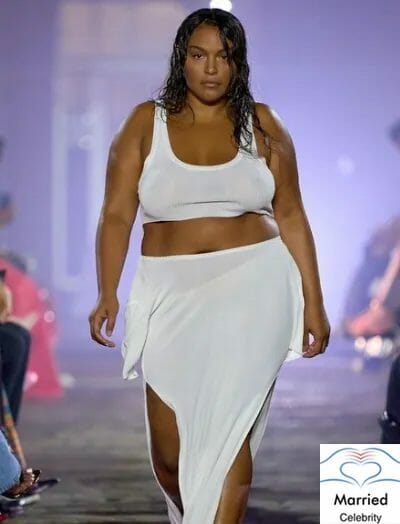 Moving towards her professional journey, she made a big breakthrough in her modeling career after being discovered by makeup artist Pat McGrath. Her personality and hard work have made her work with renowned multinational companies and brands including Nike, Inc., Proenza Schouler, Fenty Beauty and Mercedes-Benz.

Further, she has also been featured on the cover of British Vogue’s April issue (2018) with Yoon Young Bae, Adut Akech, Faretta, Fran Summers, Selena Forrest, Vittoria Ceretti, Halima Aden and Radhika Nair. In the January 2021 issue, she made her appearance on the cover of Vogue.

Paloma Elsesser marked her screen acting debut in the year 2019 when she appeared in the Safdie brothers’ American crime thriller film Uncut Gems. The movie was directed by Josh and Benny Safdie collecting $50 million at the Box Office. It was produced under a budget of $19 million.

While covering a fashion model’s wiki, body measurement facts must never be missed. Elsesser stands at a perfect height of 1.71 m (5 feet and 7.5 inches). She has Black colored hair with Brown colored eyes. Her body measures 44-37-46 inches carrying a plus-size body build. She needs 10 (US) size shoes. According to Vogue.com, she needs a dress size of 16 (UK). 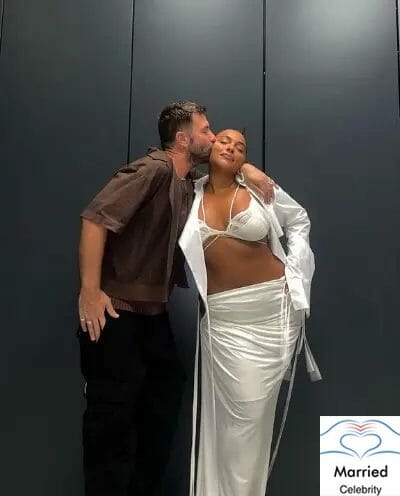 Being one of the established fashion models, Paloma Elsesser has an estimated net worth of US$6 million. She has worked with multiple brands like Mercedes Benz and has been featured in various editorials. She also joined It-brand Miaou on a size-inclusive collection offering multiple colors, corsets and at reasonable prices in the market.

The biography of the inspiring American fashion model is prepared on Wikipedia and many more popular wiki sites. Her Instagram handle is reachable @palomija where she has amassed more than 531k followers. Her verified Twitter and Facebook accounts are not available as of now.