Is Rachael Kirkconnell married? No, she isn’t. However, she is dating businessman/ television personality Matt James (born on December 5, 1991). Her boyfriend is known for being the first African-American lead for the relationship show The Bachelor for Season 25. Kirkconnell was one of the participants turning the winner leaving Michelle Young as the runner-up. Kirkconnell and James were reported to have gone separate ways but they manage to get back together reconciling the differences. The beautiful couple might get engaged or married in the coming days but seems like they are not in hurry.

Who is Rachael Kirkconnell?

Rachael Kirkconnell is an American television personality and graphic designer. She rose into the limelight after participating in the relationship reality television series The Bachelor on season 25. She became the talk of the town after being the winner of the season. Winner of The Bachelor (Season 25)

The Bachelor’s season 25 got premiered on January 4, 2021, featuring real estate broker/ charity founder Matt James being the first Black male lead in The Bachelor. The season concluded with Kirkconnell being the winner as she was chosen by James to pursue a relationship.

During season 25 of The Bachelor, she was not proposed by James but started a relationship with him. When her racially insensitive past issues came into social media, James ended the relationship. However, they were back together which James confirmed on April 28, 2021.

On October 5, 2020, Kirkconnell was announced as one of the potential contestants alongside 42 other people and she was listed in the final cast of 32 women on December 11, 2020. The number of casts reached 37 when 5 new women joined the program. Some of the popular names as contestants for the seasons are Michelle Young (elementary school teacher), Katie Thurston (bank marketing manager), Catalina Morales (Miss Universe Puerto Rico 2015) and so on.

Kirkconnell and her boyfriend James are in a serious relationship but they haven’t thought of starting a new family life together now. They are focused on their professional life and it is clear that Kirkconnell is not pregnant as of 2021. They seem not in hurry to make a family plan this early. 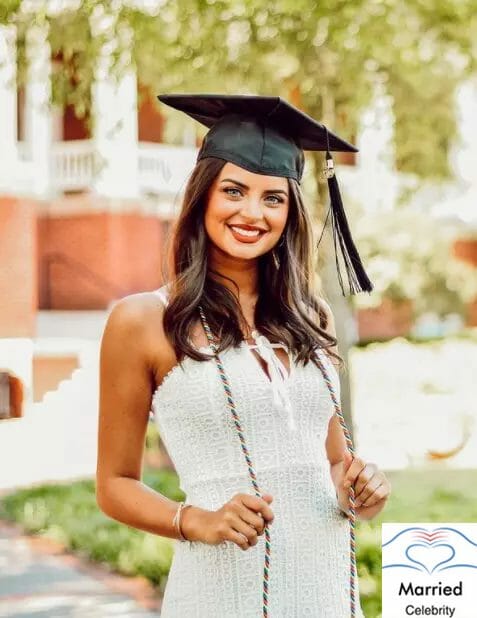 Nationality: Is She Greek?

In addition to being a renowned television personality, Kirkconnell is a graphic designer. She has also been promoting various brands through her social media. Many people refer to her as a social media sensation and an internet star as well where she has amassed nearly 1 million followers. We have seen her promoting brands like the most recommended hair growth supplement brand Nutrafol as well as Highline Wellness Premium CBD.

According to Matt James, he and Rachael want to work together to build a hydroponic farm. They have also acquired a shipping container and looking forward to their project for growing Hydroponic farms with nutrient-rich water.

Date of Birth and Age

Rachael Kirkconnell stands at a tall height of 5 feet and 5 inches. She loves going out to work out regularly and fitness is one of her prime concerns. Her healthy lifestyle and strictly followed exercise routine has made her carry perfect body measurements. According to some online wiki sites, she weighs about 54 kilograms. 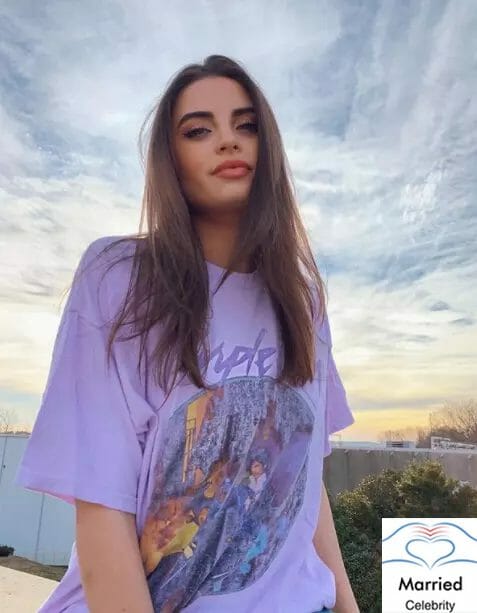 American graphic designer Rachael Kirkconnell has an estimated net worth of US$250,000. She has been making an impressive amount of financial income through her social media handles as well where she has promoted several products/ brands.

The biography of Rachael Kirkconnell is prepared by various wiki sites but is not yet prepared on Wikipedia. Find her on Instagram @rachaelkirkconnell where she has amassed more than 826k followers. She is also active on Twitter @raekirkconnell where her tweets are protected.

Engaged or Not: Not