Is Sadik Hadzovic married? Yes, he is. His wife’s name is Chelsey Pethick who used to be his longtime girlfriend. The couple celebrated their wedding in June 2019 and already enjoyed two years of conjugal life together. Their wedding took place in Hawaii!. On July 19, 2019, Sadik uploaded a video titled “I GOT MARRIED | THE REAL SADIK EP. 2” on his eponymous YouTube channel

They are very open and often update their happy moments together on their social media. Hadzovic frequently asks his followers to suggest places to visit or the perfect technique to spent his happiness with his family. Together, they have already visited several counties like France, England, Spain and Italy.

Who is Sadik Hadzovic wife?

His wife Chelsey Hadzovic is a personal blogger. She started using her husband’s surname instead of her maiden name (Pethick). Her Instagram profile can be reached at @chelseyhadzovic being followed by more than 4k followers. 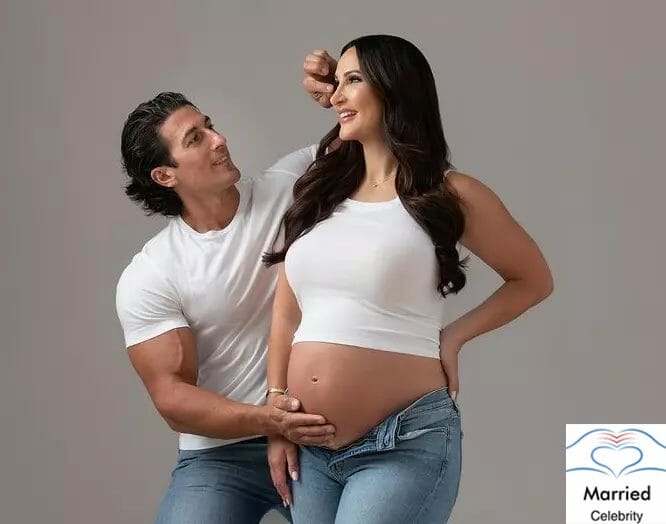 On July 6, 2021, Sadik uploaded two pictures of him with his pregnant wife with a baby bump. They explained themselves as “Mama and Papa to be!” The year 2021 is going to be the best moment of their life as the pair are going to become parents of their child. The pictures were captured by award-winning NYC photography studio, Glow Portraits.

Sadik Hadzovic is globally recognized for being a fitness model, bodybuilder and trainer. He is also best known for being a professional classic physique competitor. He has already been featured in multiple prestigious magazines like Fitness RX, Muscle & Fitness, to name a few. His professional achievements also include winning Mr. Olympia and IFBB Pro League titles. He has amassed over 3.4 million followers in his Instagram (IG) account.

How old is Sadik?

It would be very interesting to our readers to know that Sadik’s place of birth isn’t the United States. He was born in Bosnia and Herzegovina where his parents immigrated to the United States as refugees.

His childhood wasn’t so easy that most of us have experienced. Belonging to refugees parents, he has to experience lots of ups and downs in his early days. The guy who spent his time in a war-torn country is now known for his awesome physique and impressive competitive history.

Sadik Hadzovic hasn’t officially announced his retirement, however, it’s been a long time we haven’t seen him performing in national-level competitions. He has already started introducing himself as a full-time coach now. He has already gained popularity as a four-times IFBB World Men’s Physique Champion. He has been using his experience of over a decade in the trenches to help his clients build a bulletproof mindset with innovative ways of workout and diet plans.

What ethnicity is Sadik Hadzovic?

The professional bodybuilder originates from Bosnia and Herzegovina belonging to a White ethnicity background. You must be wondering how tall is Hadzovic. He stands at a tall height of 5 feet and 11 inches or 180 cm. Considering his weight, he weighs about 86 kilograms. He has maintained BMI calculation, the result of his continuous workout and fitness routines.

What is Hadzovic’s net worth?

American fitness coach Sadik Hadzovic has an estimated net worth of US3.5 million. As of now, most of his earnings depend on his fitness courses which he has been offered to clients from all around the globe. His net worth is also the result of his role as a fitness model where he has already appeared in magazines like Flex Magazine, Men’s Health and Netflix’s “Perfect Physique.”

The Jed North Athlete runs a website www.coachingwithsadik.com through which one can explore his eBooks, custom coaching and premium packages. The various most effective health and fitness packages offered by him on the website include

The body measurements of a professional bodybuilder are the facts that their fans always wonder about. His arms, chest and waist measure 18, 46 and 30 inches respectively. Wondering the nationality of Sadik Hadzovic? He is legally recognized as an American although originating from Bosnia and Herzegovina. Diet plays a crucial role in one’s fitness. Therefore, Sadik is very focused on his diet plan where he stays far away from dairy products. On average, he consumes around 2600 calories per day at a ratio of 2:1 protein to carbs. According to some online sources, he consumes 6 times starting from 1/2 lb. of Lean Chicken or 8-10 Egg Whites with oats. He takes a cup of White Rice alongside 1/2 lb. of Red Meat in his second meal. His third meal includes fish & a large Potato followed by a protein shake the fourth meal. His fifth meal plan includes 1/2 lb. of Fish with Broccoli or Asparagus. His last meal for the day consists of 1/2 Lean Protein Chicken or 8-10 Egg Whites added with almonds o egg yolks.

The 2016 IFBB Arnold Classic Champion runs an eponymous YouTube channel where he has amassed more than 312k subscribers.

The biography of Sadik Hadzovic is still missing from Wikipedia although it has been prepared on IMDb alongside various other wiki sites. He is also active on Twitter @sadikhadzovic being followed by more than 31k followers. Sadik’s Instagram profile @sadikhadzovic has garnered more than 3.4 million followers. The GAT Sport Athlete is also active on Facebook @THEREALSADIK where he has garnered over 1.9 million followers.