Is Steve Ballmer married? Yes, he is. His wife’s name is Connie Snyder. The couple celebrated their wedding in 1990. From their conjugal life, they are now blessed with three children. All of them are sons. The beautiful family currently resides in Hunts Point, Washington.

Who is Steve Ballmer?

Born Steven Anthony Ballmer, he landed on the planet on March 24, 1956, which makes his age be 66 years old as of 2022. By profession, he is a famous American business magnate, entrepreneur, and investor who has gained huge popularity as the chief executive officer of Microsoft from 2000 to 2014. As of now, he has garnered followers from around the globe by being the founder of the NBA’s Los Angeles Clippers. He was recently named the ninth richest man on the earth as of April 2022 according to the estimation of the Bloomberg Billionaires Index.

In 1980, he was hired by Bill Gates (co-founder of Microsoft) and later he left in order to join the MBA program at Stanford University. In 1998, he became the President and later turn into the CEO replacing Bill Gates on January 13, 2000. He was replaced by  Satya Nadella from the post of CEO on February 4, 2014, after being retired. Until, August 19, 2014, he worked remaining on Microsoft’s Board of Directors. 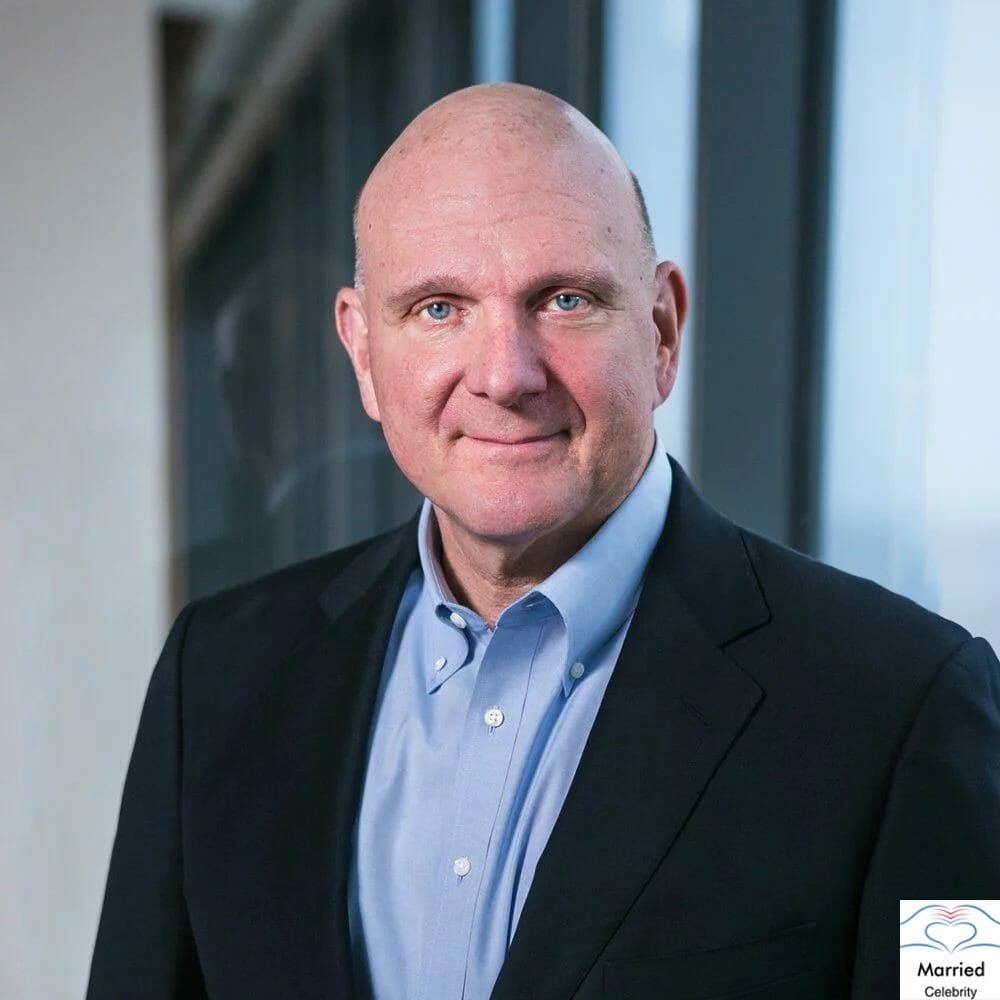 During his work as the CEO of Microsoft, he obtained mixed responses including appreciation and criticism. During his tenure, the company doubles its profit alongside tripling sales revenue. However, Microsoft was losing its market dominance.

Talking about his family background, he was born to the parents named Beatrice Dworkin and Frederic Henry Ballmer aka Fritz Hans Ballmer. His father used to work at the Ford Motor Company. Frederic Henry was a Swiss immigrant who was very confident about his son’s success. He even predicted that his son would join Harvard when he was just 8 years old.

On the other hand, his mother was Belarusian Jewish. It might be interesting for our audience to know that Ballmer is a second cousin of Gilda Radner (late actress. and comedian) through his mother’s side.

Ballmer was born in 1956 and his place of birth is in Detroit, Michigan. He spent most of his early life in the affluent community of Farmington Hills, Michigan where he was highly motivated by his supportive parents. From 1964 to 1967, he spent his time in Brussels.

During this time in Brussels, he was enrolled at the International School of Brussels. He joined Lawrence Technological University in 1973 for the college prep and engineering classes

He earned his graduation from Beverly Hills, Michigan-based Detroit Country Day Schoo as valedictorian. He was one of the brilliant students who were able to secure a score of 800 on the mathematical section of the SAT. He was also a National Merit Scholar which his teachers and seniors would have previously guessed to have a huge academic and professional success. He has also served to remain on the school’s board of directors.

He rose into the limelight after being able to score high at the Mathematical Association of America sponsored exam,  the William Lowell Putnam Mathematical Competition. It might be interesting to know that he scored higher than Bill Gates.

In his initial working days, he joined Procter & Gamble where he served as the product manager for a couple of years. There, he worked together with Jeff Immelt, the future CEO of General Electric. His initial involvements also include writing screenplays in Hollywood where he couldn’t get success as expected. In order to join Microsoft, he decided to drop out of the Stanford Graduate School of Business in 1980, the decision which later turned out to be fruitful for him.

The date June 11, 1980, remarks Ballmer joining Microsoft, one of the current Big 5s in the current United States Corporate world. He was the 30th employee of the company and was hired by Gates as the first business manager. He was offered to have 5-10% shares of the company and a remuneration amounting to $50,000. He owned 8% stock of the company when it was incorporated in the year 1981. He decided to sell 39.3 million Microsoft shares in 2003 which amounted to nearly $955 million. This reduced his ownership from 8% to 4%.

During his long successful career at Microsoft, he has served to remain on several divisions including sales, support, operations and development of operating systems. He played a crucial role in Microsoft’s development of the .NET Framework. His performance made him get promoted to the President of Microsoft. He served in the position from July 1998 to February 2001. He was the second most valued person in the company after Bill Gates.

In 2008, Ballmer stated that he likes to stay as the CEO for a decade more. However. after five years, he announced his retirement after losing a huge fortune in acquisitions. One thing that he has regretted is not focusing on Windows Mobile in the early 2000s which made the company deprive of capturing the current world of smartphones.

Where is Steve Ballmer now?

He is living with his family in Hunts Point, Washington. 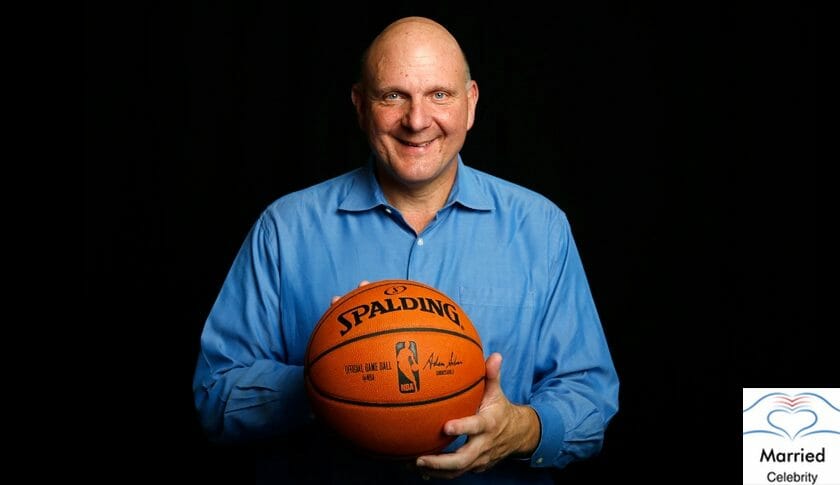 Is Steve Ballmer a billionaire?

Yes, the famous American investor Steve Ballmer is a billionaire. He has an estimated net worth of US$90.2 billion. He has a long successful business career and many people consider him to be their role model. There are various lessons one can learn from his professional career including his strong dedication, hard work, desire for learning and invent new things and so on.

If you ask any person to name the most common job in the world, he will definitely say a millionaire or billionaire. There is no doubt about it, but how many of us actually think of becoming one?

Most of us want to earn a lot of money but we don’t think of the fact that we need to put in a lot of hard work and dedication in order to become one. If you have a dream of being one, then here are some ways to achieve this goal like the businessman Steve did.

1. Start your own business

2. Invest in a company that can make you a millionaire

You can start selling your things and use the money to buy a property. You can either sell your property or you can sell a product that you made. If you want to become a billionaire then you must first create a product and then you can sell it.

5. Start a business that makes others rich

You can start a business that can make others rich. If you have a friend who has a successful business then you can buy their business. You can either buy a restaurant or you can buy a shop.

You can become a part-time entrepreneur and can earn a lot of money. You don’t need to start a full-time business but you can make a part-time income by working from home. You can either work for a company or you can work for yourself.

7. Work in a company

8. Work for a charity

How tall is Steve Ballmer?

One of the distinctive features of Steve Ballmer is his tall height. He is 6 feet and 5 inches tall (196.0 cm).

Why is Steve Ballmer rich?

Steve Ballmer, one of the well-renowned American entrepreneurs is rich because of his fortune generated from Microsoft. Microsoft is a dominating company in the software manufacturing industry in the world. It is assumed that he still retained around 4% of his stock.

Ballmer is active on Twitter @steven_ballmer where he has amassed more than 43k followers from around the globe.