Is Steve Chen married? Yes, he is. His wife’s name is Park Ji-hyun. After the marriage, Park changed her name to Jamie Chen. He couple is reported to celebrate their wedding secretly. They came to know each other in 2008 when Steve was in a visit to Korea while promoting YouTube. They both attended a party organized by Google Korea. Park Ji-hyun used to serve Google Korea as a product marketing manager. The beautiful couple is blessed with two children and resides together in San Francisco.

His wife was appointed as a trustee of the Asian Art Museum of San Francisco in July 2012. Scroll down to explore more interesting personal facts and biography of Steve:

Who is Steve Chen?

Born as Steven Shih Chen, he landed the planet on August 25, 1978, which makes his age be 42 years old as of 2020. By profession, he is an American businessman best known for being one of the co-founders of popular video-sharing website YouTube along with Chad Hurley and Jawed Karim. In 2014, he joined Google Ventures after co-founding AVOS Systems, Inc. and launching the video-sharing app MixBit.

Chen was born in 1978 and his place of birth is in Taipei, Taiwan. His family immigrated to the United States when he was 8 years old. Initially, the family resided in Prospect Heights, Illinois.

Regarding his education and academic achievements, he attended River Trails Middle School and later in John Hersey High School for his freshman year of high school. He was also enrolled at the Illinois Mathematics and Science Academy (IMSA). For his higher education, he went to the University of Illinois at Urbana-Champaign from where he earned his graduation in 2002 majoring in computer science. 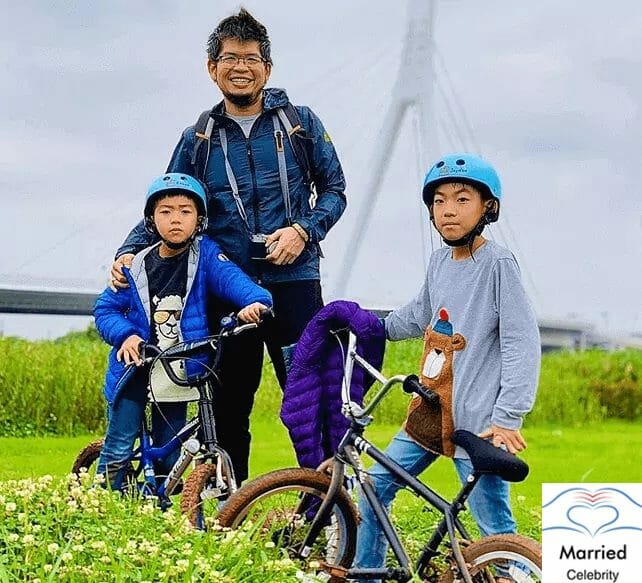 Chen used to carry string craze in computer science and was fond of being creative from an early age. Before starting his entrepreneurial journey, he worked at PayPal during which he met Jawed Karim (born on October 28, 1979) and Chad Hurley (born on January 24, 1977). Chen, Karim and Hurley are the three co-founders of YouTube which was ranked in the world’s top 50 websites within a year of being launched.

He was also one of the earliest employees of the famous social networking site, Facebook. He left his job at Facebook in order to start YouTube. He co-founded YouTube where he served as a chief technological officer. After selling YouTube to Google Inc., he started AVOS Systems with Hurley which later acquired Delicious from Yahoo! Inc.

With Vijay Karunamurthy, he started a live streaming food network called Nom.com which was launched in 2016. It was shut down in the following year.

Steve Chen is a married man. He married his Korean Girlfriend Park Ji-hyun whom he met in Korea during a party hosted by Google Korea. The pair is blessed with two children including a son born in July 2010. After their marriage, Park changed her name to Jamie Chen. His religious belief isn’t available and possibly he is Christian. American internet entrepreneur Steve Chen stands at a tall height of 1.7 m as per some online sources. He has a well-maintained body structure and he clearly knows the importance of physical well-being in addition to being mentally healthy. Chen must be remaining under routine nutritional chart by following regular workout activities.

How Much is the Net worth of Steve Chen?

American internet entrepreneur Steve Chen has an estimated net worth of 560 million USD. He is a successful entrepreneur who has been awarded with prestigious titles and listed in various renowned rankings. He was listed in the list of “The 50 people who matter now” by Business 2.0 in June 2006. He and Hurley sold YouTube to Google, Inc. on October 16, 2006, for 1.65 billion USD.

He received 625,366 unit shares of Google along with an additional 68,721 in a trust. On 15 May 2011, Asian Scientist Magazine named him in the list of the 15 Asian Scientists To Watch. The Governor of Illinois honored him the Order of Lincoln (the State’s highest honor) in 2018 and was also inducted as a Laureate of The Lincoln Academy of Illinois.

Steve Chen is a famous internet entrepreneur and is credited for being one of the co-founders of YouTube, the world’s top video-sharing website. He has garnered the experience of working for Facebook, PayPal and Google Ventures in addition to his contribution to YouTube.