Is Terrelle Pryor married? No, he isn’t. He is single considering his current relationship status. However, the football wide receiver often comes into the limelight for his relationship issues. Previously, he dated a woman named Chania Ray with whom he experienced an ugly feud. One of his ex-girlfriend’s name is Heaven Lei with whom he welcomed a son named Terrelle Pryor Jr. born on July 2, 2014. Scroll down to explore more interesting personal facts and biography of Pryor: 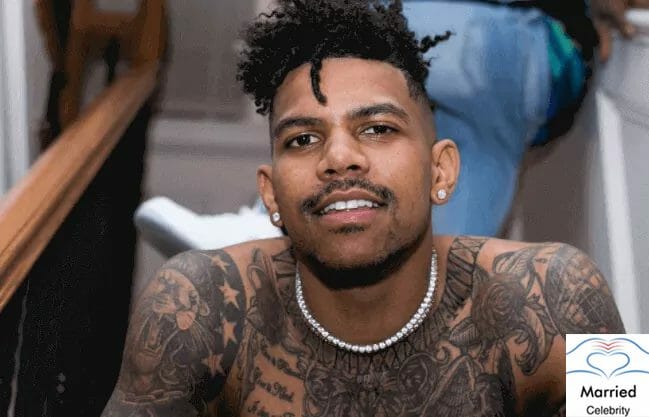 Who is Terrelle Pryor?

Born as Terrelle Pryor, he landed on the planet on June 20, 1989, which makes his age be 32 years old as of 2021. By profession, he is an American football wide receiver who is most noted for being the nation’s top football prospect of 2008. He is also noted for being named “Junior of the Year” by Rivals.com. He was also one of the nation’s most recruited high school basketball players but he chose football.

Contents hide
1 Early Life and Educational Background of Pryor
2 Professional Football Career
3 Personal Life
4 Body Measurements: Height and Weight
5 What is the Net worth of Terrelle Pryor?
6 Wiki and Facts

Pryor was born in 1989 and his place of birth is in Jeannette, Pennsylvania, the United States. Talking about his family background, he was born to parents named Thomasina Pryor (mother) and Craig Pryor (father). His father died when he was too young at the age of 44 from a rare neurological disorder.

He went to Jeannette High School where he was clocked at 4.4 seconds in the 40-yard dash as a freshman. He was started to be compared with Philadelphia Eagles-era Randall Cunningham and former Texas standout Vince Young because of his tall height of 6 feet and 4 inches or 193 cm. He led his school team to their first Pennsylvania PIAA Class “AA” state football championship game during his junior year. He turned the first player in the history of Pennsylvania high school football to run for 4,000 yards alongside many newer records. By defeating the Dunmore Bucks, he led the team to their first-ever Pennsylvania state championship.

In the class of 2008, he was named as one of the top football recruits and ranked number four in the ESPNU 150. He successfully garnered multiple scholarship offers during his high school career. At first, he developed an interest in joining the University of Pittsburgh to remain under basketball coach Jamie Dixon but later his top interests were Ohio State, Michigan, Penn State, Oregon and West Virginia. Everybody was excited to hear the best alternative that Pryor would choose and finally, the day came on March 19, 2008, where he announced him going to attend Ohio State University.

He threw for a freshman school-record four touchdowns on September 20, 2008, in his first career start for Ohio State. The team got victorious against Troy by 28–10. With running back Chris “Beanie” Wells, he ran for a winning touchdown against Wisconsin on an option play on October 4, 2008. He threw for a career-high 226 yards, connecting on 16 of 25 passes although Ohio State experienced a loss against Penn State on October 25, 2008. He made his first career 100-yard rushing day running for 110 yards on November 15, 2008, against Illinois. He was an honorable mention All-Big Ten Conference selection following the 2008 Big Ten Conference football season.

For selling memorabilia, he and four other teammates were suspended for the first five games of the 2011 season from the decision ruled by the NCAA on December 23, 2010.

On August 20, 2011, he held his Pro Day in Hempfield Township in presence of 17 NFL teams’ representatives including the Oakland Raiders. From his outstanding and majestic athleticism and speed for a 6’4½” athlete weighing in at 240 pounds, he was widely anticipated. At that time, he recorded his 40-yard dash times to be clocked from 4.32 to 4.54 seconds which is considered extremely fast for a sportsperson of his weight and height. Finally, on August 22, 2011, he got selected by Oakland Raiders in the third round of the 2011 Supplemental Draft. He experienced his first NFL performance on October 23, 2011, against the Kansas City Chiefs. He played for the Oakland Raiders until the 2013 season as he was traded to the Seattle Seahawks for a seventh-round pick in the 2014 NFL Draft on April 21, 2014. 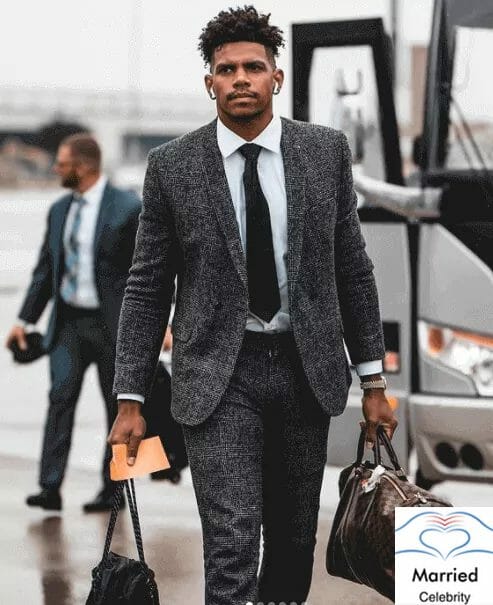 He appeared in the limelight again after signing with the Kansas City Chiefs on January 7, 2015, from where he was released on May 5, 2015. He signed with the Cincinnati Bengals after five days on May 10, 2015. Cincinnati Bengals released him after five weeks on June 18, 2015. He was claimed off waivers by the Cleveland Browns on June 22, 2015, and was waved from the team on September 10, 2015. After a season-ending injury to Josh McCown, Pryor was resigned on December 2, 2015. On March 7, 2016, the team placed a 1.671 million tender on him. He showed an impressive record of having at least 120 receiving yards, 30 passing yards, and 20 rushing yards in a game.

He signed an $8 million one-year contract with the Washington Redskins on March 10, 2017. His debut match for Redskins was against the Philadelphia Eagles. On November 21, 2017, he was placed on an injured reserve. He signed a $4.5 million one-year deal with the New York Jets on March 25, 2018. He signed with the Buffalo Bills on October 30, 2018, where he was released on November 13, 2018. He signed with the Jacksonville Jaguars on May 30, 2019, and was placed on injured reserve and released in August 2019.

Terrelle Pryor isn’t married yet. Many of his fans are curious to explore about his girlfriend or wife. He dated Chania Ray in the past and their feud was covered by several media houses. He has a son named Terrelle Pryor Jr. (born on July 2, 2014) with his ex-girlfriend, Heaven Lei.

Terrelle Pryor Sr. stands at a tall height of 6 feet and 4 inches or 193 cm. He has a weight of 103 kilograms or 228 pounds. He has a well-maintained body structure and is strongly focused on his fitness activities.

What is the Net worth of Terrelle Pryor?