Many economists claim that the solution to world hunger is in the hands of billionaires, who have the potential to solve this problem. However, many people see this as a slippery slope where billionaires will only create more problems in their wake. Top-listed billionaires like Elon Musk, Bill Gates, Jeff Bezos, Mark Zuckerberg, Warren Buffett combinedly have a huge amount of fortune that is sufficient to make a big change in the world including the food crisis.

First-world countries are not facing starvation, but developing countries are. Countries like Somalia, Ethiopia, the Central African Republic, Chad, Timor and Madagascar have experienced major food crises where every day millions of people sleep with empty stomachs. They are lacking proper diet and nutrition causing them to suffer from several health issues including malnutrition. The hunger issues are also experienced by people from big economies like India and China.

On the other hand, first-world countries are fighting for other challenges like controlling inflation and reducing the unemployment rate and maintaining military standards and are also in the race of exploring space.

More than one billion people go hungry every day, even when they do have access to adequate food supplies. Hunger persists around the globe because it has become normalized: no longer seen as abnormal or dramatic; routine and accepted instead of denounced. World leaders ignore the humanitarian needs of over 800 million people who lack both safe water and sanitation services. No region of the planet is free of extreme poverty today. In this scenario, the question has frequently been raised, “Can Billionaires solve world hunger?”

Contents hide
1 How much money would solve world hunger?
2 2% of Elon Musk’s wealth could solve Food Crisis
3 Could Jeff Bezos end world hunger?
4 How can the hunger problem be solved permanently?
5 Role of Celebrities and Billionaires

How much money would solve world hunger?

It’s a question you’ve probably never considered: how much money would solve world hunger? But it’s a real question, and to answer it, Forbes reached out to experts in the field. Ending hunger and eliminating the food crisis is one of the biggest issues for economists and several studies are being conducted.

Researches have delivered multiple results and the estimation of the amount required to end hunger from the world has varied. It has been estimated that US$6 billion to US$65 billion is required on yearly basis to end the food crises from the world.

It’s unclear whether or not global poverty should be solved through means of money or by fixing structural issues like access to food and clean water. In 2012, the Global Food Crisis had a significant impact on human health and development. For example, in Haiti, a country with one of the highest rates of chronic malnutrition in the world, a food shortage led to a 21% increase in infant mortality after just 3 months. Similarly, in Bangladesh, many families have been forced to sell their children because they could not afford to feed them.

Likewise, the COVID-19 pandemic has increased the number of unemployment and pushed a large number of families towards poverty. Due to this, there is an urgent need for developed countries to allocate funds towards helping developing nations combat poverty and starvation. If not taken proper steps, millions of people would be directly hampered and deprived of basic needs. What are some ways that we can combat hunger? How do we ensure that people across the globe will receive enough nutritious food without being stuck in economic turmoil and famine? These talks are still unanswered completely.

Elon Musk is the first person whose net worth has crossed the level of $300 billion. In November 2021, the director of the United Nations’ World Food Programme stated that the small of ultra-wealthy individuals (like Elon Musk, Jeff Bezos) could contribute to the journey of ending world hunger through a fraction of their net worth. Citing Bezos and Musk, David Beasley revealed that a small portion of their fortune could make a big relief.

Researcher, Lecturer, and Founder, Dr. Eli David made a tweet on October 30, 2021, where he mentioned that 2% of Elon Musk’s wealth i.e. US$6 billion can solve world hunger as the UN World Food Program (WFP) raised US$8.4 billion in 2020. It was understood that Beasley was asking for a donation of just 2% of his fortune. In response to Dr. Eli David’s tweet, Musk tweeted that he would sell his Tesla stock immediately if WFP can explain how exactly $6 billion (2% of his fortune) could solve world hunger. 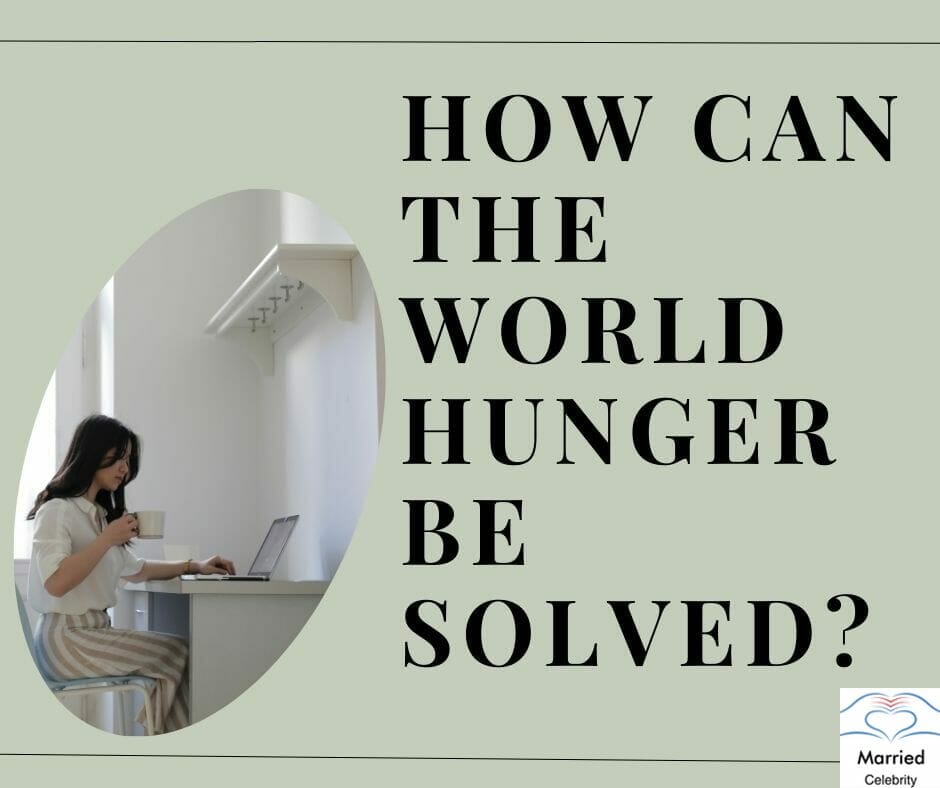 The founder of the multinational technological company Amazon, Jeff Bezos has an estimated net worth of $200 billion. The question has frequently been raised, is Bezos’ fortune sufficient to end the world hunger crisis. The answer is “No” as the fortune spent today can’t end hunger issues permanently.

How can the hunger problem be solved permanently?

A one-time investment cannot assure that the hunger or food problems can be solved. One needs to understand the role of economics which is mainly related to production, distribution, saving, capital formation and investment. In recent years, more and more people have been struggling with hunger in the world. Economists can play a role in solving hunger by educating communities on how to make healthy choices and providing support for those who need it.

All the international bodies, governments and stakeholders must come together for maintaining economic equality and proper distribution of income. Everybody deserves the basic human rights guaranteed including basic food. The main thing is, production and farming must be given the first priority so that the world wouldn’t get the situation of food crisis. The next step is to take action towards the distribution of products to all human beings through an effective economic system.

Role of Celebrities and Billionaires

Celebrities are known for their popularity and they are the ones who could give the best result in raising awareness. Likewise, the billionaires can make a better economic system through which they can put special effort into increasing employment opportunities, production level and balancing inflation rate. In the present scenario, developing and least developed countries must be given first priority. The world might be a better place to live if all the billionaires come together for creating a healthy economic system that is capable to eliminate unemployment issues and unequal distribution of income.