Is Bonnie Raitt married? Yes, she was. Regarding her marital status, Raitt is a divorced woman. She was previously married to American actor Michael O’Keefe (born on April 24, 1955) who is known for appearing in The Great Santini as Ben Meechum and the Neil Simon movie The Slugger’s Wife as Darryl Palmer. Raitt and O’Keefe celebrated their wedding on April 27, 1991. They lived their conjugal life for eight years and their divorce was publicly announced on November 9, 1999. The reason behind their divorce is said to be their professional life which caused considerable time apart.

Raitt was rumored to have dated smooth jazz saxophonist Euge Groove (born on November 27, 1962). However, there are no confirmation on their relationship and most probable, the rumors are false. Raitt has no child from her relationship but her ex-husband has a child with his second wife Emily Donahoe with whom he married in 2011. Scroll down to explore more interesting personal facts and biography of Raitt:

Who is Bonnie Raitt?

Born as Bonnie Lynn Raitt, she landed on the planet on November 8, 1949, which makes her age 73 years old as of 2022. By profession, she is an American blues singer and guitarist. She is also noted for her role as a songwriter and activist. She has already released her seventeen studio albums, making her debut with a self-titled album released in 1971. During her long musical journey, she has received multiple Grammy awards and has been included in the Rock and Roll Hall of Fame in 2000. Raitt was born in 1949 and her place of birth is in Burbank, California, the United States of America. Talking about her family background, she was born to the parents named John Raitt (father) and his first wife Marjorie Haydock (mother). Her father was an actor and singer by profession who is widely recognized for his performances in musical theatre. Similarly, her mother was a pianist by profession, her father died on February 20, 2005.

She carries Scottish ancestry and spent most of her early days in the Quaker tradition. She was inspired by her parents who have established figures in the industry. She was able to play guitar as a child at an early age. She is blessed with a brother named David.

Regarding her education and academic achievements, she went to Oakwood Friends School in Poughkeepsie, New York from where she received her graduation in 1967. Later, she joined Radcliffe College where she studied Social Relations and African studies. She was very popular in her college as she used to lead a campus music group named “Revolutionary Music Collective”.

Career and Professional Life of Raitt

In 1971, she released her first studio album which includes tracks like “Any Day Woman”, “Walking Blues”, “Since I Fell for You”, “Women Be Wise” and so on. Her second studio album was named “Give It Up” which was released by Warner Bros. Records in 1972. She released one album every year for the next three years i.e. Takin’ My Time (1973), Streetlights (1974) and Home Plate (1975).

In 1977, she released her sixth album called Sweet Forgiveness where she covered the Del Shannon hit “Runaway”. Her seventh album called “The Glow” was released in 1979. It includes tracks like “Bye Bye Baby”, “I Thank You”, “Your Good Thing (Is About to End)”, “The Boy Can’t Help It”, “You’re Gonna Get What’s Coming” and so on.

In 1982, she released her eighth album called “Green Light” which includes tracks like “Keep This Heart in Mind”, “Baby Come Back”, “Let’s Keep It Between Us”, “Green Lights” and so on. Her ninth studio album called “Nine Lives” was released in 1986. This album was unable to gain success as expected and encountered low sales volume and negative comments.

On March 21, 1989, she released her tenth studio album called “Nick of Time” which includes tracks like “Thing Called Love”, “Too Soon to Tell”, “I Ain’t Gonna Let You Break My Heart Again” and so on. In 1991, she released her eleventh album called Luck of the Draw which includes tracks like “I Can’t Make You Love Me” and “Something to Talk About”.

Her other studio albums include Longing in Their Hearts (1994), Fundamental (2998), Silver Lining (2002), Souls Alike (2005) and Slipstream (2012). Her latest released studio album was named “Dig in Deep” which includes tracks like “Need You Tonight”, “All Alone with Something to Say”, “If You Need Somebody”, “The Ones We Couldn’t Be” and much more. 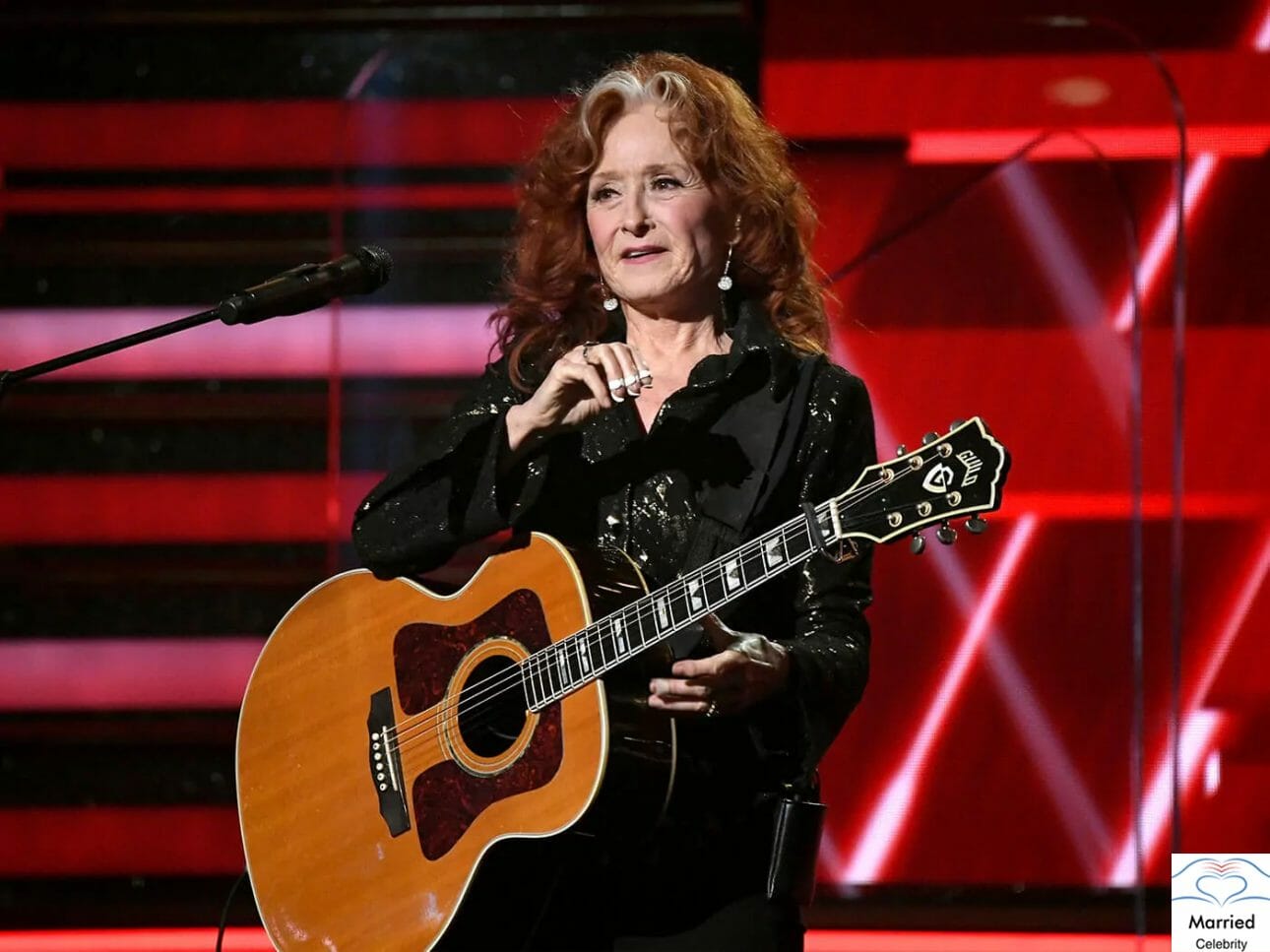 “I Can’t Make You Love Me” singer Bonnie Raitt is a divorced woman. She was married to actor Michael O’Keefe who is six years younger to her. They tied their knot in April 1991 and remained together until 2009. They didn’t welcome any kids together during their long conjugal life. Raitt has always focused towards her professional career and thus, she has no more relationship history to show.

Bonnie Raitt stands at an average height of 5 feet and 4 inches or 1.83m. she weighs about 56 kilograms or 123.5 lbs which makes her carry a healthy BMI calculation. It is hard to believe that she belongs to the 40s as she is very young than her real age. As per some online sources, her body measurement stats is 34-26-32 inches. Her shoe size is said to be 7 and dress size is said to be 4 as per the US measurement.

American singer Bonnie Raitt has an estimated net worth of 11 million USD. She has long decades of a successful journey in the music industry. She is active in the industry since 1971 and her labels include Warner Bros, Proper, Redwing and Capitol. She has earned 10 Grammy awards and is mentioned in the list of the “100 Greatest Guitarists of All Time” by Rolling Stone and also in “100 Greatest Singers of All Time”. 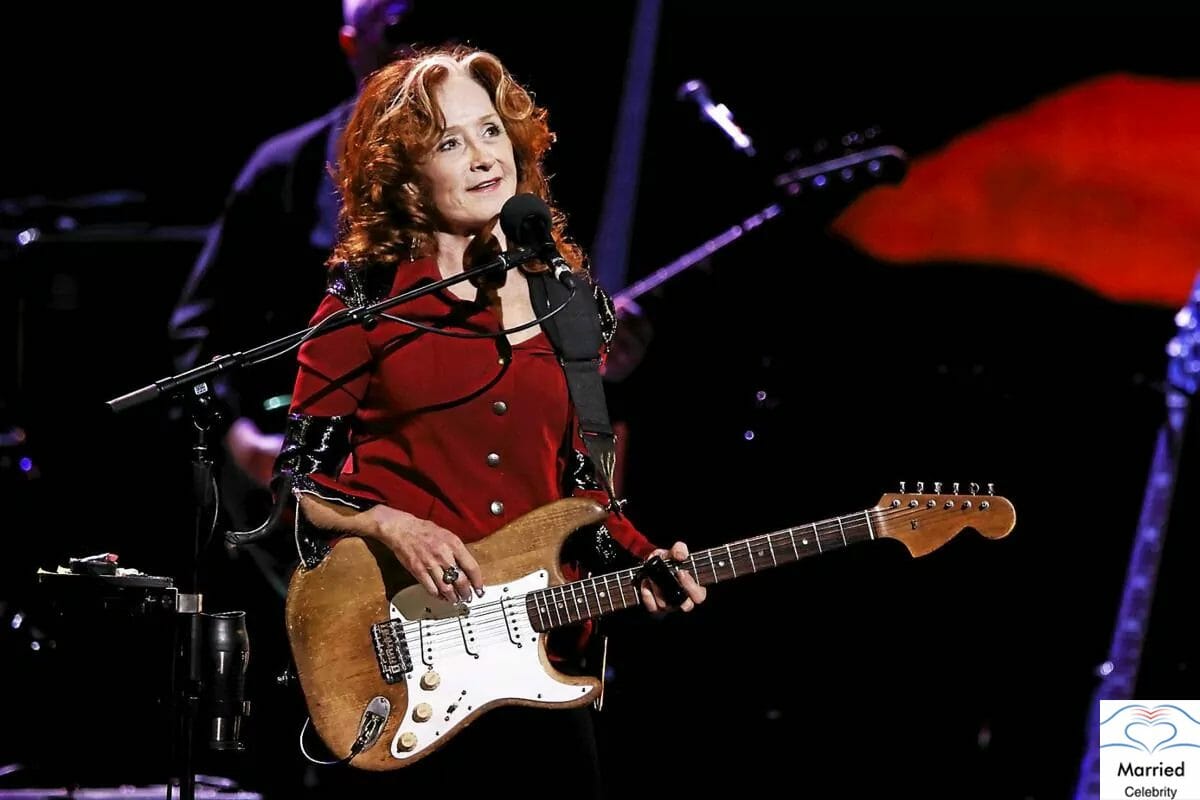 The biography of Bonnie Raitt is prepared by various wiki sites including IMDb and Wikipedia. Her website is bonnieraitt.com. She is also active on Instagram @bonnieraittofficial where she has amassed more than 80k followers. Join her on Twitter @thebonnieraitt where she has garnered over 95k followers.

Bonnie Raitt is one of the popular role models for those people who want to pursue a career in the music industry. She has nearly spent five decades in the field and has retained multiple prestigious awards and nominations. It might be interesting for our audience to know that famous musician/ guitarist David Crosby (born on August 14, 1941) has stated her to be his all-time favorite singer.