Is Michael O’Keefe married? Yes, he is. His wife’s name is Emily Donahoe. The couple exchanged their vows in 2011. From their conjugal life, they are blessed with a son. Previously, he was married to Bonnie Raitt from 1991 to 1999. His first wife is a famous rock/blues singer.

Contents hide
1 Who is Michael O’Keefe?
2 Religion
3 Age and Date of Birth
4 How was his early life?
5 Parents, Ethnicity and Family Background
6 Career and Professional Life
7 Awards and Nominations
8 Body Measurements
9 Wikipedia and Facts

Who is Michael O’Keefe?

Born Raymond Peter O’Keefe, Jr., he is an American actor who is widely known for his appearance in the 1980 American sports comedy film Caddyshack (as Danny Noonan) and the 1979 drama film The Great Santini (as Ben Meechum). He has made multiple recognized other appearances like the television sitcom Roseanne (1993 to 1995) as Fred.

O’Keefe is practicing Zen Buddhism since 1981. He is highly influenced by Buddhism philosophy and has maintained a spiritual life. He always meditates most of his free time after allocating some time with his family members. He is known for giving special priority to mental fitness over physical strength.

Age and Date of Birth

The American actor was born on April 24, 1955, which makes the age of Michael O’Keefe be 67 years old as of 2022. His place of birth is in Mount Vernon, New York, the United States.

He spent most of his childhood days in Larchmont, New York with his parents. Regarding his education, he went to Mamaroneck High School from where he earned his high school graduation. For his higher academics, he was enrolled at the American Academy of Dramatic Arts and later joined the New York University. After being enrolled at Bennington College, he obtained an MFA in creative writing. 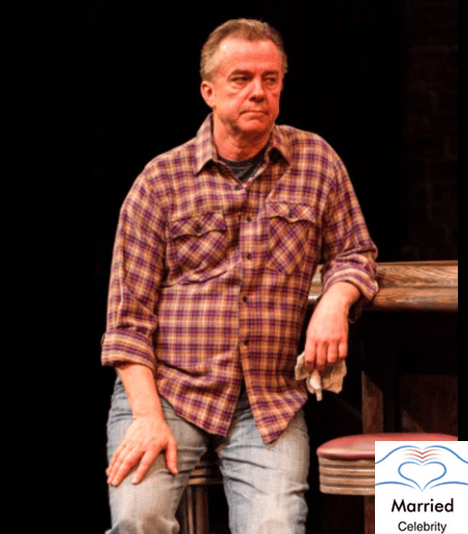 Michael O’Keefe was born to the parents named Raymond Peter O’Keefe (father) and Stephanie (née Fitzpatrick) O’Keefe (mother). Both of his parents are Irish American. His father used to work at Fordham University as a law professor. He also taught at St. Thomas University.

Among his multiple roles, he is known for the comedy film Caddyshack as Danny Noonan. For his outstanding performance, he earned a Best Supporting Actor Oscar nomination for his role as the oldest son of a Marine aviator in The Great Santini (1979) as Ben. The movie also starred actor Robert Duvall. He was also cast as the friend of Brad Davis’ character, Philip Caputo in 1980 television miniseries A Rumor of War. In 2011, he was seen in the role of Chris Flowers in the American biographical television drama film Too Big to Fail.

In 1981, he was nominated for Academy Award in the category “Best Actor in a Supporting Role” for appearing in The Great Santini. In 1987, he earned a nomination for CableACE Award for The Hitchhiker in the category “Best Actor in a Dramatic Series”. For his amazing performance in The Great Santini, he also earned the nomination for Golden Globe Award in 1981 for “New Male Star of the Year in a Motion Picture”.

The American actor Michael O’Keefe stands at a tall height of 6 feet and 1 inch (1.85 m). He weighs about 75 kilograms or 171 pounds. He carries a slim body structure and looks stunning in his Brown colored Hair and Blue colored Eyes.

Being one of the nationally recognized actors, the biography of Michael O’Keefe is prepared by various wiki sites including Wikipedia and IMDb. His verified Twitter account is available at @mokeefeman where he has amassed more than 9.5k followers. He has over 8.2k followers on his Facebook profile @mokeefeman. As per his Facebook profile, he currently resides in Promised Land, Pennsylvania.