Is Darcy Donavan married? No, she isn’t. The Miami, Florida-born American actress is single. She has never allowed her private/ romantic life to be revealed in front of the media. Her low profile has made her surround by multiple rumors frequently. She lives with four dogs and a bearded dragon. This article allows our audiences to explore interesting personal facts and biography of Donavan:

Who is Darcy Donavan?

Born as Darcy Donavan, she landed on the planet on November 20, 1985, which makes her age be 36 years old as of 2021. By profession, she is an American actress, producer and recording artist. She began her career as a child actor and upgraded her by participating in various talent and beauty competitions. She rose into the limelight after winning the title of Ms. Nashville, Tennessee. In addition to her activeness in the entertainment industry, she is also a successful entrepreneur where she serves as the CEO of Los Angeles Clothing and Merchandise Company.

Donavan was born in 1985 and her place of birth is in Miami, Florida, the United States. Talking about her family background, she carries German, Italian and Brazilian ancestry which she has mentioned on her official website. She spent most of her childhood days in Nashville, Tennessee. She started her professional entry into the entertainment industry by being a child actor. At her young age, she appeared in multiple national television commercials. During her high school days, she used to get involved in different activities including choir, cheerleading and being voted as the class vice-president of her school. Philanthropism was her field of interest from her young age. She performed in children’s hospitals and worked hard to raise money for charities. She participated in various talent and beauty competitions and finally became able to won the title of Ms. Nashville, Tennessee. As a child, her future aim was to become a veterinarian and comedian. In 2003, she was voted for the “Most Downloaded Celebrity” on the internet.

As an actress, Darcy has been starred in several hit movies and television shows. She is known for her role in the TV series Modern Family, Anchorman, My Babysitter’s a Vampire, All My Children, My Name is Earl, Bones, Six Feet Under, Parks and Recreation, Entourage, Cult, Nip/Tuck and Las Vegas. In addition to being a successful actress, she has also been a platinum-selling recording artist where her first album had catapulted her singing career. This profession has catapulted her singing career and has already toured with various famous artists.

Her second album was “Distraction” which gained worldwide recognition with a number of tracks off was able to amass over twenty million online listens. The tracks became so successful that they turned the number one ringtone downloads across North America. She is mostly appreciated for her hybrid mix of hip-hop/pop-influenced rap lyrics that encourage people to leave the chair and strike the stage to dance. Her single titled “It’s My Life” was listed in the top 100 Dance Billboard Charts in four countries in November 2014.

Darcy Donavan enjoys her single life. She isn’t married yet and hasn’t revealed her past relationship history. She has never allowed her personal issues to come as the obstacle in her professional journey. She has also maintained a good friendship with several artists from the industry including actor/ former stand-up comedian Craig T. Nelson (born on April 4, 1944), actor Nathan Fillion (born on March 27, 1971), actor Devin Reeve, actor/ producer/ screenwriter Corin Nemec (born on November 5, 1971) and so on. 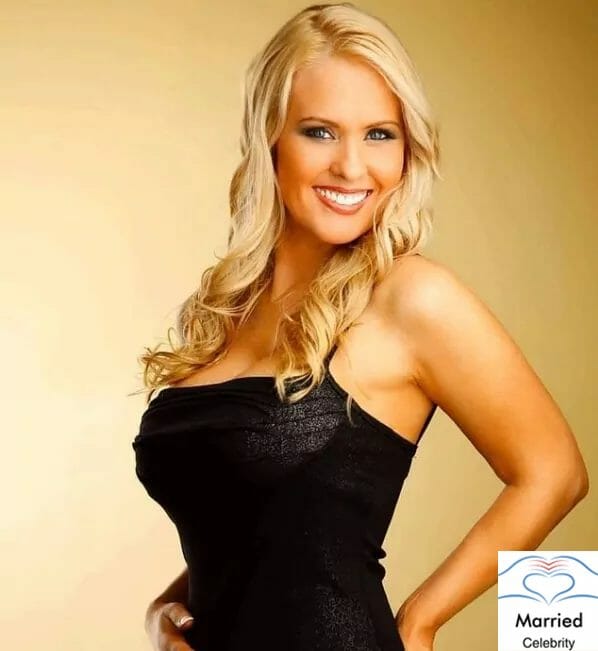 All My Children star Darcy Donavan stands at a perfect height of 5 feet and 6 inches or 168 cm. Being an active artist from the entertainment industry, she has been following a healthy lifestyle with a regular maintained workout and diet plan. She enjoys sports for her healthy life and loves scuba diving and horseback riding in her free time.

What is the Net worth of Darcy Donavan?

Darcy Donavan has an estimated net worth of US$11 million. In addition to her successful presence in the entertainment industry, she is also known for philanthropic works where she has dedicated much of her time supporting various charities. She is supporting several causes and supporting an organization called Safe Passage which has been supporting the awareness of domestic violence. She was named a World Peace Ambassador in 2013. Her achievements also include the front cover of the book “Dream Reachers” alongside Jane Russell and Clint Eastwood. A multi-talented performer, Donavan’s net worth is also contributed by her role as a savvy entrepreneur, writer, and producer. She is a social media influencer where her post has frequently gone viral on the internet. She was listed in “Most Charitable Celeb in 2010.”

The biography of actress Donavan is prepared by various wiki sites including Wikipedia and IMDb. Find her on Instagram @darcydonavan where she has amassed more than 590k followers. Her Twitter profile is reachable @darcydonavan where she has garnered over 190k followers. Her Facebook page is available @OfficialDarcyDonavan. For business inquiries, her email address is officialdarcydonavan@gmail.com.

Donavan is a versatile woman blessed with amazing beauty, talent, tenacity and humor. Her high level of success is the result of her years of hard work. Through her social media presence and charity works, she is considered to be a role model for various youths. Her close people love her for her humor, high kindness, candid honesty and timely wit. She has proven her outstanding skills in both music and cameras. Net Worth: US$11 million (estimated)