Is Kim Pegula married? Yes, she is. Her husband’s name is Terrence Michael Pegula (born on March 27, 1951). Her husband is an American billionaire businessman who has gained wide recognition for owning Pegula Sports and Entertainment. The Pegula couple also owns the Buffalo Bills of the National Football League (NFL). 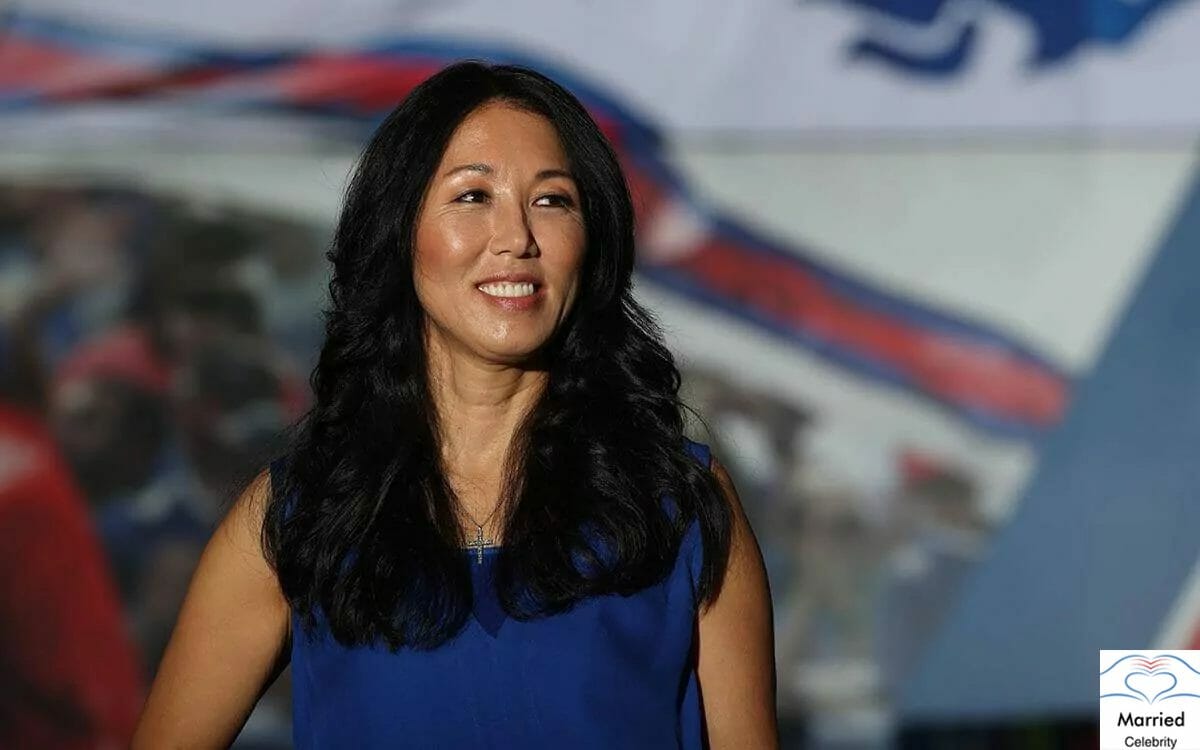 Kim isn’t the first wife of Terrence Michael Pegula. They married in 1993 which means that they are about to make three decades of conjugal life together. From their conjugal life, the couple welcomed a daughter named Jessica Pegula (born on February 24, 1994) who is known for being a professional tennis player. She is also blessed with two step-children born from her spouse’s previous relationship.

The couple lives with their children in East Amherst, New York and also in Boca Raton, Florida. Scroll down to explore more interesting personal facts and biography of Kim:

Who is Kim Pegula?

Previously named Kim S. Kerr, she landed the planet on June 7, 1969, which makes her age be 51 years old as of 2020. By profession, she is a Korean-American businesswoman who is widely popular for being one of the principal owners of the Buffalo Bills in the NFL. She is also serving Pegula Sports and Entertainment as its President. Along with billionaire real estate developer Zygi Wilf (born on April 22, 1950) and Pakistani American billionaire businessman Shahid Khan (born on July 18, 1950), she is one of the three NFL owners whose birthplace is not in the United States of America.

Kim Pegula was born in 1969 and her birthplace is in Seoul, South Korea. The information on Kim’s biological parents and her exact birth name isn’t available. As per a DNA analysis, one of her parents might be Japanese. She was adopted by American parents named Ralph and Marilyn Kerr. The date of her adoption is on December 30, 1974. She spent her early life mostly in Fairport, New York. She was an active student and used to go for cheerleading.

She was highly inspired by her supportive adoptive parents and brothers. For her higher education and academic achievements, she went to Houghton College. With her roommate, she made a plan to venture to Alaska with a dream of working near a fishing camp. She fined difficulty in affording the fare for which she started working at a restaurant in Olean, New York.

Kim received a job offer from her future husband Terrence Michael Pegula to work at his natural gas company.  She entered into the relationship with him and ended up marrying him in 1993. She served East Resources from 1991 to 2010 which was owned by her spouse.

With her husband, she purchased the Buffalo Sabres and its affiliated teams named the Buffalo Bandits of the NLL and the Rochester Americans of the AHL. The couple launched a new company titled Pegula Sports and Entertainment. She has served the Pegula Sports and Entertainment as a President since its formation. She is one of the members of the advisory committee for the NFL’s Super Bowl. She set a record for being NFL’s first female team president.

Kim Pegula is married to businessman Terry Pegula. She is the step-mother to two step-children named Laura and Michael. The couple tied their knot in 1993 and welcomed a daughter named Jessica in February 1994. Their daughter is now an established tennis player who has participated in Wimbledon, French Open, Australian Open and US Open.

Kim Pegula stands at a tall height above 5 feet and 5 inches. She possesses a cheerful smile and follows a healthy lifestyle. It is hard to believe that Kim has crossed the age of 50 due to her regular fitness activities. On the other hand, she is also the source of inspiration to her daughter who stands at a perfect height of 5 feet and 7 inches.