Is Joie Lee married? Possibly, no. There is no confirmed report on her conjugal life and not much more adequate information is available on her relationship. According to some online sources, Joie Lee is dating hairdresser Cliff Booker who is said to be a classmate of her brother. As per the reports, Lee and Booker met in 1989 for the first time.

Who is Joie Lee?

Born Joie Susannah Lee, she is an American actress, screenwriter and film producer. She recently appeared in the role of Nzingha in the 2020 American drama film Farewell Amor which was released on January 25, 2020. The movie is all about the Angolan immigrants to the United States.

How old is Joie Lee?

Joie Susannah Lee was born to parents named William James Edwards Lee III aka Bill Lee (father) and his wife Jacqueline (née Shelton). Her father is a jazz musician, actor, composer and bassist whereas her mother’s profession was a teacher of arts and black literature. She still remembers her mother and wishes her late mother (9/5/32 – 10/28/76) on her birthday through her Facebook post. 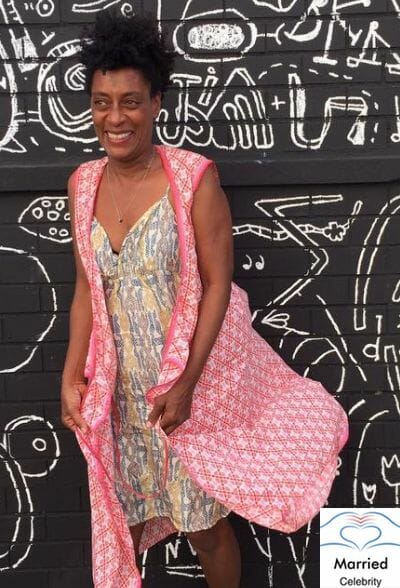 She became associate writer/ producer for the semi-autobiographical film Crooklyn, Aunt Maxine. In 1995, she was seen in Nowhere Fast and the drama film, Losing Isaiah. The following year, she appeared in the romantic thriller comedy film Girl 6 and drama film Get on the Bus as Switchboard Operator and Jindal respectively.

Her other appearances include Personals (1999) as Poet Woman, three short films Coffee & Cigarettes (2003), independent comedy film She Hate Me (2004) as Gloria Reid, Full Grown Men (2006) as Annie, Andrew Wagner directed Starting Out in The Evening (2007) as Second Author, Window on Your Present (2010) as Cloakey’s Girlfriend and many more. She has also appeared in television series like Rectify (2019) as Bonnie, She’s Gotta Have It (2017-19) as Septima Darling and Broad City (2019) as Toy Harris.

Where is Joie Lee now?

What is Joie Lee doing now?

Lee is less active in the industry as compared to her past contribution.

American screenwriter Joie Susannah Lee has an estimated net worth of US$1.25 million. She has appeared in multiple hit movies and television series and has been credited in various roles besides being an actress only. Many people recognize her as the younger sister of Spike Lee.

Joie Susannah Lee stands at a perfect height of 5 feet and 3 inches. She weighs about 48 kilograms or 105.82 pounds. She has always been inspired by her hardworking parents and siblings who has gained name and fame from the acting world.

The biography of Joie Susannah Lee is prepared by various wiki sites including IMDb and Wikipedia. Find her on Twitter @thejoielee. Her Instagram account is reachable @thejoielee where she has garnered over 7k followers.