How old is Ken Corday?

Ken’s father Theodore “Ted” Corday was born on May 8, 1908, and is named one of the legendary Canadian-American producers. He died on July 23, 1966. Ted was born in Winnipeg, Manitoba and earned his graduation in 1930 from the University of Alberta. He moved to the United States in 1934 and served in the United States Army as a Captain.

Ted spent many years on Broadway and later started producing shows on radio including Tobacco Road, Tortilla Flat, Gangbusters and Counterspy. He shifted to the television industry where he produced Guiding Light and also worked as the director for the World Turns.

He was requested to create three soap operas for NBC but the first two named Morning Star and Paradise Bay became failed. However, the third one  Days of Our Lives was able to turn into a mega-hit and was completely successful. At the age of 58, died on July 23, 1966, after being admitted to the hospital for many months as he was diagnosed with cancer.

Corday’s mother Betty Coday was born in 1912 and left this world in 1987. She was a successful Broadway dramatic actress and has also gained public attention as a long-time American television producer. 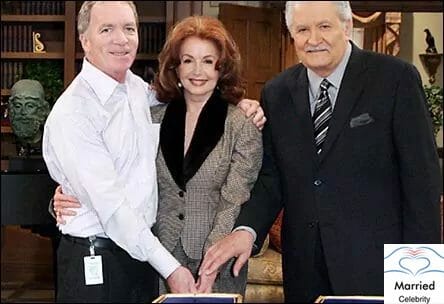 Corday was born in 1950 and his place of birth is in New York City, New York, the U.S. Regarding his education, he went to the University of California, Santa Cruz where he completed his graduation in 1977 earning a Master’s degree in music composition.

Summary of his Professional Journey

Ken Corday served as the Production assistant from 1977 to 1978. The following year, he worked as an assistant producer and music composer. In May 1981, he became the CEO of Corday Productions Inc. and has been serving as an executive producer since May 1986. During the Writers Guild of America strike, he became the head writer in 1988. One of his biggest professional achievements includes being nominated for 16 Daytime Emmys. In 1990 and 1997, he was the recipient of the Daytime Emmy Award for Music Direction and Composition For a Drama Series. On the Hollywood Walk of Fame, he was honored with a star in 2017.

Ameican film producer Kenneth Robert Corday has an estimated net worth of US$9 million. He has already experienced a long successful journey in the film production and entertainment industry.