The beautiful pair got engaged in 2012 but called off their engagement on May 23, 2014. He was also rumored to have dated The Art of the Steal star Katheryn Winnick (born on December 17, 1977). Scroll down to explore more interesting personal facts and biography of Loeb:

Who is Nick Loeb?

Born as Nicholas Mears Loeb, he landed the planet on August 2, 1975, which makes his age be 45 years old as of 2020. By profession, he is an American businessman and actor. He has appeared in the drama thriller film The Smokers (2000), action film Precious Cargo (2016), the biographical film The Brawler (2019) and political-legal drama film Roe v. Wade (2019).

Nick Loeb was born in 1975 and his place of birth is in Purchase, Harrison, New York, the United States of America. Talking about his family background, he is the son of John Langeloth Loeb Jr. (father) And Meta Martindell Harrsen (mother). His father John (born on May 2, 1930) is a businessman who is also known for being a former Delegate to the United Nations (1984) and former United States Ambassador to Denmark (1981–1983).

Nick is the scion of both the Lehman family and Loeb family who founded the global financial services firm Lehman Brothers and he brokerage firm Loeb, Rhoades & Co. respectively.

Nick’s mother is an Episcopalian whereas his father was Jewish and he was baptized to his mother’s faith. He is also blessed with a step-sister named Alexandra Loeb Driscoll born from his father’s previous marriage to Nina Sundby. Likewise, his uncle named Edgar Bronfman Sr. (June 20, 1929 – December 21, 2013) was the president, treasurer and CEO of the distilled beverage firm, Seagram.

Nick’s parents got divorced when he was one year old after which he remained with his father on the Upper East Side of New York City. His father married Sharon J. Handler in 2012. When he was 21 years old, his mother killed herself after killing her third husband Jeff Bauer in 1996.

Regarding his education and academic achievements, he went to the Collegiate School and Loomis Chaffee School. When his father was assigned as the United States Ambassador to Denmark which made him spent three years in Denmark. For his higher education, he was enrolled at Tulane University from where he earned his graduation with a B.A. degree in management and finance in 1998. 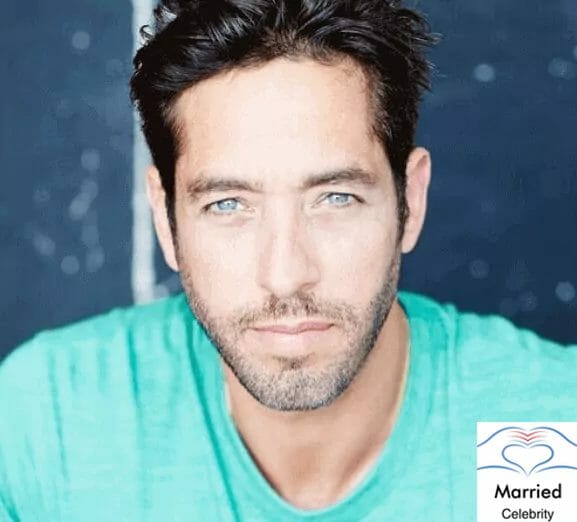 He worked at his uncle’s studio Universal Studios contributing to Mike Nichols on the film Primary Colors. He played the role of Jeremy in the drama-thriller film The Smokers for which he was also a producer. The movie also starred Dominique Swain (born on August 12, 1980), Elizabeth Jean “Busy” Philipps (born on June 25, 1979), Thora Birch (born on March 11, 1982), Keri Lynn Pratt (born September 23, 1978), Oliver Hudson (born September 7, 1976) and so on.

Later, he co-produced the documentary PBS series The Living Century along with Barbra Streisand. Later, he moved to Florida where he worked with investment bank Lehman Brothers. Starting his entrepreneurial journey, he founded a firm called Carbon Solutions America which has been offering climate change advisory services to its clients.

Expanding his business ventures, he formed Loeb’s Foods in 2006 and develop his latest venture, the brand Onion Crunch which was officially launched in 2011. Onion Crunch was made available in over 7,000 stores within a year and now it is being sold in more than 17,000 locations. The product is very crispy with no cholesterol and 0 grams of trans fat.

American businessman Nick Loeb was married to Swedish model Anna Pettersson. He dated Modern Family star Sofía Vergara who is three years older than him. They celebrated their engagement after two years of a dating life. However, the pair decided to get apart and announced the end of their engagement on May 23, 2014. He was also in the limelight following the embryo controversy in 2015.

American businessman Nick Loeb stands at a tall height above 6 feet. As per some online sources, he weighs about 87 kilograms which makes the tall Nick carry a balanced BMI calculation. He suffered from health issues after having multiple injuries from a car accident in 2010. The injury made him decide against running for the United States Senate in 2011. How Much is the Net worth of Nick Loeb?

The founder of the Crunchy Condiment Company, Nick Loeb has an estimated net worth of 14 million USD. He is a successful businessman, producer, writer and actor. He also went for the commission race of the Delray Beach, Florida city in 2005 but lose it. Nick also contributed Rudy Giuliani’s 2008 presidential run in 2008 as a finance co-chairman.

Nick Loeb is a successful entrepreneur who is also active in films and politics. He founded Carbon Solutions America which is known for producing the first carbon-neutral wine in the country. His company’s product fried onion is one of the popular food products in the market.