Is Noah Schnapp single? Yes, he is. The Canadian-American actor has been rumored to have romantically linked with many celebrities, which are proven to be wrong as of now. It was reported that Schnapp was dating British actress/ model Millie Bobby Brown (born on 19 February 2004) which was later denied by Brown through a short video where she clarified her relationship with Noah.

Who is Noah Schnapp?

Born as Noah Cameron Schnapp, he is a Canadian-American actor widely recognized for appearing in the Netflix science fiction-horror series Stranger Things as Will Byers. He is active in the entertainment industry since 2015 during which he has appeared in multiple movies, television series and music videos.

Who are Noah Schnapp’s parents?

Noah was born to parents named Karine Schnapp (née Perez), (mother) and Mitchell Schnapp (father). He was raised by his parents in Scarsdale who resides in Montreal, Quebec, Canada.

Talking about Noah’s ancestral background, his mother is of Moroccan Jewish descent whereas his father is of Russian Jewish ancestry. Moving towards his religious faith, he is Jewish and as per the reports, he had his Bar Mitzvah in Israel.

The multi-talented Canadian actor was born on October 3, 2004, which makes his age be 18 years old as of 2022. His place of birth is in New York City, New York,

Who is Noah’s sister? 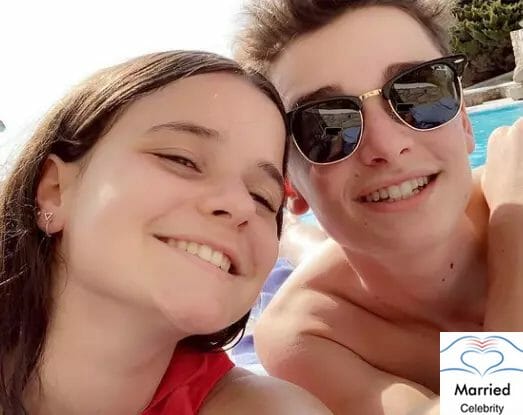 Noah has a twin sister named Chloe Schnapp whom he often mentions in his Instagram posts. He always feels lucky to have such a caring and lovely sister who is a TikTok star with more than 1.9 million fans. Chloe is also the founder of a jewelry business called Chloebelle Jewelry and has also gained popularity as an Instagram star where she has amassed over 800,000 followers.

Schnapp developed an interest in acting like a child when he was just 5 years old. He was highly inspired by the broadway called Annie. He was active in his school playing school and community plays. His acting teacher scouted his amazing talents after which he suggested Noah pursue a professional career as a child. Following this, Noah was enrolled in an acting program at Westchester’s Star Kidz being fully supported by his parents. He was coached by Alyson Isbrandtsen who referred him to  MKS&D Talent Management after which his acting profession got started.

He rose into the limelight after playing the role of Roger Donovan in the 2015 historical drama film Bridge of Spies. The same year, he gave his voice for the lead character in an animated movie called The Peanuts Movie produced by Blue Sky Studios. The following year, he grabbed the opportunity to appear in the role of Lucas in 2016’s The Circle. Many m=people came to recognize him the same year when he was starred in the science fiction horror drama television series Stranger Things where he plays in the main role since season 2.

In 2018, he was starred in the American comedy series Liza in Demand for two episodes. He also appeared in the movie We Only Know So Much as Otis Copeland. 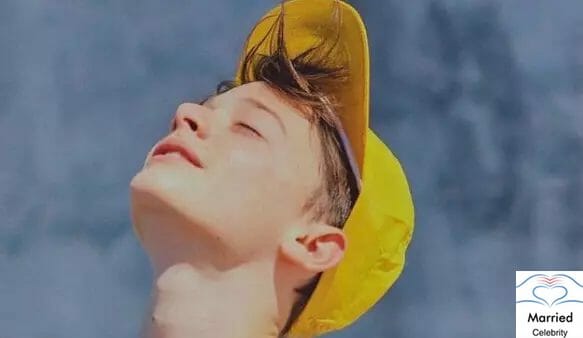 The Netflix Stranger Things atar Noah Schnapp has an estimated net worth of US$3 million. He is in the industry from a young age and has also voiced the lead character as Charlie Brown in the computer-animated comedy film The Peanuts Movie (2015). He is one of the rising stars and is capable to play the lead roles in big-budget movies.

He has already impressed the industry through which he has been able to earn several renowned prestigious awards including Best Frightened Performance (2018), Outstanding Performance by an Ensemble in a Drama Series, Choice Summer TV Actor, Best Performance in a Digital TV Series, or Film – Young Actor and many more.

In addition to appearing in television eries and movies, Noah has also been featured in various music videos like LA Devotee by rock band Panic! at the Disco and In My Feelings by Canadian rapper/ singer/actor Drake (born on October 24, 1986).

Does Noah Schnapp have a Girlfriend?

Noah is in his teenage period and seems like he is fully focused towards his professional life, and therefore, he dont want to ruin his crucial time in keeping busy at ppersonal affairs now. There are high chances that he might found a perfect partner in his life who might be from the entertainment industry. We still need to wait to find the details of the [artner whom Noah would date in the coming future. It is found that many girls have crush on him. Are you one of them?

Has Noah Schnapp ever dated anyone?

There might be chances that Schnapp have dated someone in the past whose identity has been kept secret. However, he has maintained silence and it is said that Noah has no past relationship history to show. It is yet to know who would be the first and last partner in his love life. 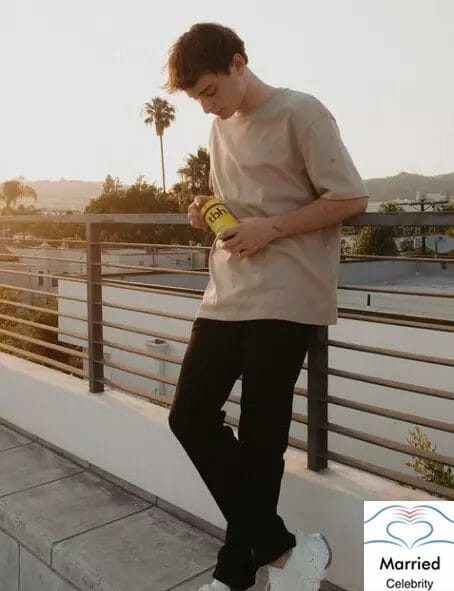 As per some reports, Noah Schnapp’s agent is Sharron Elkabas. One can find him on Noah’s Instagram @noahschnapp where he has garbered over 20 million followers. He has garnered more than 850k followers in his Twitter account @noah_schnapp. He is also said to be managed by Innovative Artists L.A. and talent management company, Untitled Entertainment.

The Teen Choice Awards winner Noah Schnapp stands at a tall height of 5 feet and 8 inches whereas he weighs about 62 kilograms. He is blessed with dark brown hair and hazel colored eyes. His lean frame is one of his prime distinctive features.

Net worth: US$3 million