Is Sal Licata married? Yes, he is. He has been enjoying his conjugal life at its best. On February 14, 2021, he uploaded his picture with his wife on Instagram with the caption, “Next year I’ll have two Valentines.” They have welcomed an adorable daughter whose pictures are frequently uploaded on Licata’s social media handles.

Who is Sal Licata?

Sal Licata is a renowned name is American sports journalism where he is recognized for his work with SportsNet New York (NSY). He is also noted for being the former producer on Mike’s show. Many people know him for being a regular contributor on SNY and have served as a sports host on WOR.

Sal Licata is known for his NY Post Knicks Podcast and has interviewed multiple renowned faces from the sports industry. Most credited as a professional sports columnist and commentator, he carries all the essential traits to become one of the leading faces for the US media industry.

He has also worked for CBS Sports Radio where he served at WFAN-AM in New York City on Saturdays. From late April 2013 to August 2013, he served the 640 Sports WMEN-AM as the New York Yankees pregame studio host. 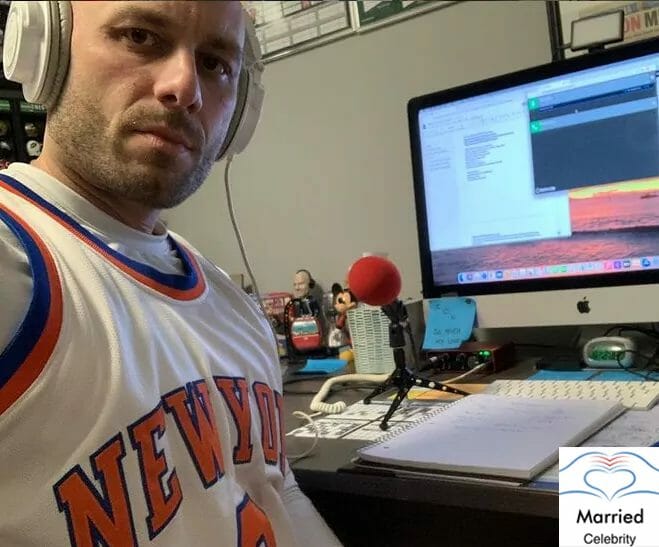 Sal Licata’s Salary and Net worth

His net worth is also contributed by his impressive salary from New York SportsNet (SNY). He has maintained a friendly relation with various media like New York’s Baseball Night, Daily News Live, Loud Mouth, SportsNite, Oh yeah and Covino & Rich. He will always be remembered for his broadcasting career with WOR-AM, SNY and MLB.com.

Former South Florida sports host Sal Licata is a dog lover. He has a pet dog named Maddux who he treats as his family member. They watch movies together and spent time and take care of it as their second child. It has become very common for sports personnel to be pet lovers.

The biography of Sal Licata is prepared by fewer wiki sites and is not available at Wikipedia as of now. He is mostly active on Twitter @sal_licata where he has amassed more than 17k followers. Find him on Instagram @sportstalksal where he is being followed by nearly 1k followers.

Most of the personal facts related to Sal Licata ae not available including her date of birth and age. Further, the information regarding his academic achievements, early life, parents, siblings, etc. are not available.