Is Sydnie Avery married? No, she isn’t. However, she has been dating pop-singer Anthony Ortiz (born on January 22, 1998). Before him, she was in a relationship with social media sensation Devin Hayes (born on June 10, 1999) who is better known for appearing on season one of ABC’s singing competition Boy Band. Scroll down to explore more interesting personal facts and biography of Sydnie Avery: 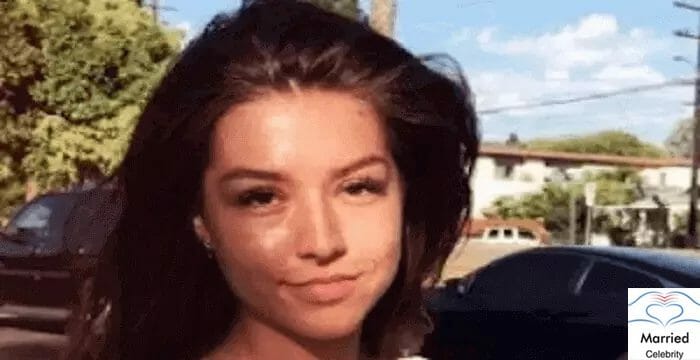 Who is Sydnie Avery?

Sydnie Avery is a well-known social media personality and entrepreneur. Mostly famous for her active social networking presence and great fan following, she also runs a personal blog. Other than that, she is the creative head and the owner of the clothing line named Sweet Girl; she started it a couple of years ago. She has been very effective with her entrepreneurship and was able to sell a huge amount of clothing and turn around a good amount of profit from the lineup.

Avery belongs to the socially famous Stanford family and her mother and siblings all are well-known American personalities. Coming from a family where every one of them is famous, Sydnie has really stood out to create a unique identity on her own. A successful businesswoman and a beloved social influencer Sydnie receives outspread praises for her collection. The detailed wiki of Sydnie Avery is given below.

Sydnie Avery was born on 30th October 1995 in Pennsylvania, the USA which makes her age 24 in 2020 according to the birth date mentioned in the bio. The Scorpio lady was born and grown up in Pennsylvania with her siblings but her parents later decided to migrate to Los Angeles for the better privilege. Avery was brought up by both of her parents along with her 4 siblings. Her mother Kristin Stanford is a famous celebrity manager while not much has been known about her father.

Sydnie’s brother Jack Avery is a renowned composer, song-writer, singer, and musician. All three of her sisters Ava, Isla, and Camilla are social celebrities and omnipresent on social networking sites from their early age. The Avery family believes in Christianity and belongs to the white Caucasian descent.  Sydnie has completed her high school education through homeschooling and has not joined bachelor’s as of yet.

Sydnie Avery started using social networking sites back in 2015 after getting introduced to it through her friend circler and brother. Her social journey began with Instagram and slowly expanded to YouTube, Snapchat, TikTok, and Twitter. Along with her increasing social popularity, she decided to come up with her own clothing lineup and started creating an ideal platform for it. She named it Sweet Girl.

The clothing line up has an amazing collection of all trendy looks and fashion statements. From comfortable casuals to edgy party looks to trendy street style to corporate dresses to playful floral dresses to gentle formals, the Sweet Girl has it all. Talking about her social influencing, she is associated with her sister’s makeup brand and several other endorsements. She is followed by 67 K people on TikTok and has received more than 1.9 million likes.

Sydnie Avery is currently dating Anthony Ortiz who is a famous pop singer. Anthony gained a lot of fame after participating in the NBC program The Voice in 2019. They recently started dating each other after Sydney broke up with her ex-boyfriend Devin Hayes.

Body Measurements; How Tall is Sydnie?

Sydnie Avery has an amazing height of 5 feet 7 inches or 1.68 meters and she weighs around 60 Kilograms. Her dress plus shoe sizes are 4 and 8 respectively. Avery has brown hair and light brown eyes.

The biography of Sydnie Avery is prepared by various wiki sites but is still missing from Wikipedia. Avery is quite popular on Instagram with around 290 K followers. She follows 274 people and has posted 71 times.