Is Zephan Clark married? No, he isn’t. The famous English TikToker is currently dating beautiful girlfriend named Mia Austin whose Instagram profile is reachable @miaustiin. They are very open about their relationship but Clark is best known for his past love affairs with fellow TikTokers like Mars and Zoe LaVerne. Scroll down to explore more interesting personal facts and biography of Clark: 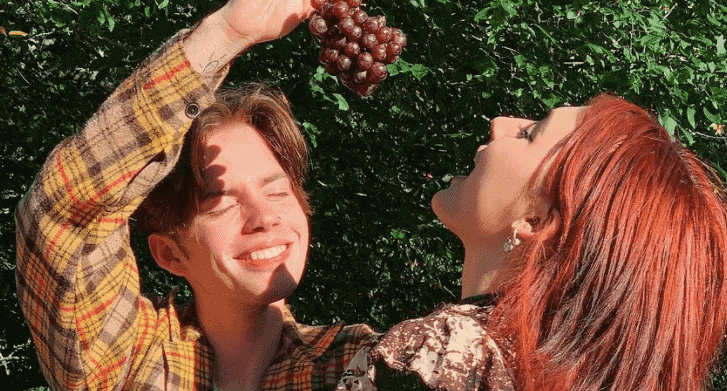 Who is Zephan Clark?

Zephan Clark is a famous British TikToker, music personality, and social media personality. Impressing a huge number of people around the world with his amazing talent and skills, he is a very popular face among the youths. Zephan has a lot of people behind him on the various social networking platforms such as Facebook, Twitter, YouTube, Instagram, and Snapchat. Although he was known for his amazing singing skills, he got a rapid boost on his followers count after getting into the famous social media platform TikTok. Collaborating with very famous social stars Zephan has always been a great entertainer for his TikTok audience. A vivid lover of pop music, he mostly lip-syncs in pop songs and also loves heavy metallic beats equally, he is a huge fan of the rock genre of music. The detailed bio of famous TikToker Zephan Clark is given below.

Contents hide
1 Early Life and Education of Zephan Clark
2 Career and Professional Background
3 Zephan Clark’s Personal Life
4 Body Measurements: Height and Weight
5 What is the Net Worth of Zephan Clark?
6 Wiki and Facts

Zephan Clark was born on 15th October 2001 in Lancaster, England which makes his age 18 in 2020 according to the birth date mentioned in the bio. Grown-up in Lancaster, Zephan was brought up by both of his parents along with his younger sister Asha. After staying there for certain years, the Clark family migrated to New Zealand and is staying there currently. Not much has been revealed about Clark’s parents including their name and profession. He has a younger sister Asha who appears on some of his TikTok along with the other family members. The Clark family members believe firmly in Christianity and belong to white ethnicity. From a very young age, Clark was a music lover and used to perform raps during school performances. After completing middle school, he was home-schooled for his high school. Zephan has not enrolled at the undergraduate level yet. He has been learning and exploring about different genres of music and aims to become a good music creator in the future.

Zephan Clark has been using TikTok actively since 2016 back then when it was named Musically. He also started using Instagram actively in 2018. But his YouTube channel was started way before in 2015, at the beginning, he hardly got any audience and was frustrated by that fact but later his followers started increasing gradually with each and every video. Currently, Zephan has 3 million followers on his verified account and has already received 183 million hearts while the videos have surpassed 1 billion views. Moving onto his YouTube career, he currently has 343 K subscribers and has uploaded a total of 66 videos. The total viewership on his YouTube channel is more than 10 million. The videos uploaded in his channel include travel vlogs, house tours, self-realization videos, chats, prank, makeup videos, hair transformation videos and other videos.

Zephan has dated a few TikTokers in the past. He dated Mars and Zoe LaVerne but broke up with both within a year of the relationship span.  Currently, he loves to call himself very much single.

Zephan Clark has an amazing height of 5 feet 10 inches or 1.81 meters and he weighs around 72 Kilograms. Zephan’s dress plus shoe sizes 4 and 10 US respectively. Clark is blessed with amazing green eyes and naturally blonde hair. \

What is the Net Worth of Zephan Clark?

The estimated net worth of Zephan Clark is 300 K US dollars. He annually makes around 40 to 60 K US dollars. The most of his money is made through his social engagements.

The biography of Zephan Clark is prepared by various wiki sites but is yet to be provided in Wikipedia. Zephan has more than 650k followers on his Instagram account where he explains himself as English residing currently at New Zealand.