Born as Olena Volodymyrivna Kiyashko, she is a Ukrainian screenwriter who is better known for being the wife of President Volodymyr Zelenskyy (born on 25 January 1978). She is the current First Lady of Ukraine. One of her greatest recognitions includes being named in the 30th position of the list of 100most influential Ukrainians by Focus Magazine in December 2019.

When did Olena Zelenska and Volodymyr Zelenskyy celebrate their wedding?

Olena Zelenska and Volodymyr Zelenskyy celebrated their wedding on 6 September 2003. The couple came to know each other during their early days as both of them were schoolmates. However, they were not acquainted at that time.

They later started their relationship and after dating they came to know each other in-depth. They dated for about eight years after which they decided to get married in 2003.

The couple welcomed their first child as a daughter named Oleksandra on 15 July 2004. They expanded their family life by welcoming their second child as a son named Kyrylo on21 January 2013. 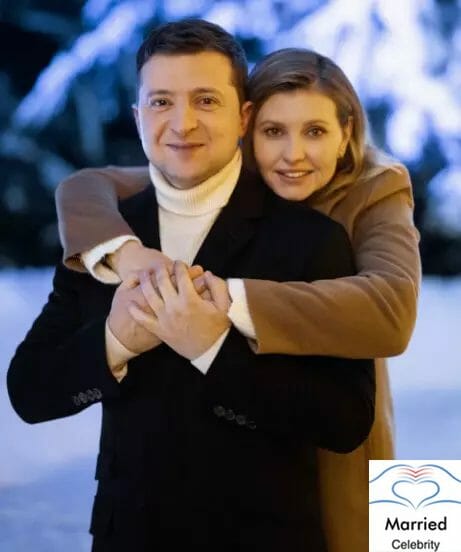 Zelenska was tested positive for COVID-10 after which she was hospitalized for observation on 16 June 2020. She was dismissed from the hospital after 18 days, however, she was prescribed to have continued domestic treatment for bilateral pneumonia.

How old is Olena Zelenska?

Olena Zelenska was born on 6 February 1978, which makes her age be 44 years old as of 2022. Her place of birth is in Kryvyi Rih, Ukrainian SSR, Soviet Union (now Ukraine)

Olena was born in 1978 in Kryvyi Rih. Regarding her education and academic achievements, she was enrolled at Kryvyi Rih National University’s Faculty of Civil Engineering. She was a student of architecture. She had an interest in writing from a young age and therefore she became a writer for Kvartal 95 so that she could allocate her time in the field of her passion.

Being the First Lady of Ukraine

Her husband became the President of Ukraine on 20 May 2019, which made Olena become the First Lady of the country. She was seen on the cover of the Ukrainian edition of Vogue’s  December issue on November 18. She made her first initiation in nutrition reform in Ukrainian schools

She started the mission by launching a new school menu which was developed by Ukranian Culnar expert/ chef Klopotenko Yevhen Viktorovich. The program aimed to improve the nutrition of food, enhancing its quality and guaranteeing food safety for schools. The updated meny=u system consisted of 160 items comprising both traditional dishes and popular foreign dishes that have originated from different parts of the country.  The new food standards got implemented from 1st after being approved by the Cabinet of Ministers of Ukraine.

She rose into the limelight after initiating Ukraine’s accession to the G7 international initiative during the third Ukrainian Women’s Congress focused on gender equality as well as Biarritz Partnership. This initiative was finalized in September 2020. She was seen speaking at the Fourth and Fifth Ukrainian Women’s Congresses in November 2020 and September 2021 respectively. This platform is considered to be the best place where Ukrainian and international public figures come together including politicians, experts, governmental officials and leaders who are always working towards equal rights for women and men.

Olena was also included in the board of the Art Arsenal in early 2020 which was headed by the Minister of Culture. She began a new initiation of spreading the Ukrainian language in the world in June 2020 for which several measures and approaches were adopted.

In 2020, the 11 audio guides in Ukrainian were launched in museums of various countries like Turkey, Italy, Austria, Latvia, Montenegro, Azerbaijan and so on. The Ukrainian-language audio guides were also made available at the museum of Mount Vernon and the Fine Arts Museums of San Fransisco as well as the Museum of Anatolian Civilization and the Hundertwasserhaus, Galata Tower. 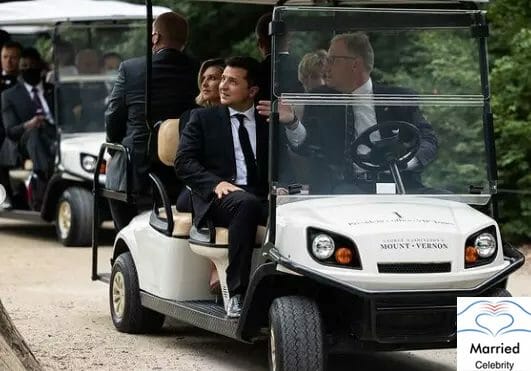 In May 2020, she was in the headlines for launching only a questionnaire for creating a barrier-free society. For this, the Ministry of Social Policy of Ukraine and the Ministry of Digital Transformation partnered together.

The entire Ukrainian including Olena Zelenska is standing against the military action taken by Russia in 2022. She has strong determination alongside her husband Volodymyr Zelenskyy that they won’t leave the country during which Ukraine was attacked by Russia under the instruction of Vladimir Putin. War is not the optimal solution as it damages life and deprives people of enjoying basic human rights.

The biography of Olena Zelenska is prepared by various wiki sites including Wikipedia. Find her on Instagram @olenazelenska_official where she has amassed more than 2.2 million followers. She has a wide fan following and following the Russia-Ukraine war, she has been a curious topic as she is the wife of President Zelenskyy.

The First Lady of Ukraine, Olena Zelenska stands at a tall height of 5 feet and 5 inches as power some online sources. She has a maintained physique and it’s hard to believe that she is in her middle-40s. Olena is a fitness-conscious person and she is very well-known for the fact and need of nutritional chart.

Olena Zelenska is mostly credited and appreciated for fulfilling the role of the First lady of Ukraine. She and her husband President Volodymyr Zelenskyy have always stood together for the country and they have motivated the entire citizen to stand for the country and fight for the country. The entire world is amazed to see the less powerful countries like Ukraine defending strongly to the largest military forces like Russia.

As the First Lady of Ukraine, she has worked in the field of improvising school food quality, promoting the Ukrainian language and in various social sectors.

Best Known For: The First Lady of Ukraine