Is Rachel Bradshaw married? Yes, she was. She is the widow of late American football placekicker James Robert Douglas “Rob” Bironas. The pair celebrated their wedding in June 2014. Their relationship was going perfectly fine, but Rob Bironas died on September 20, 2014, in a car crash at approximately 11 p.m. The couple doesn’t have any child from their relationship. 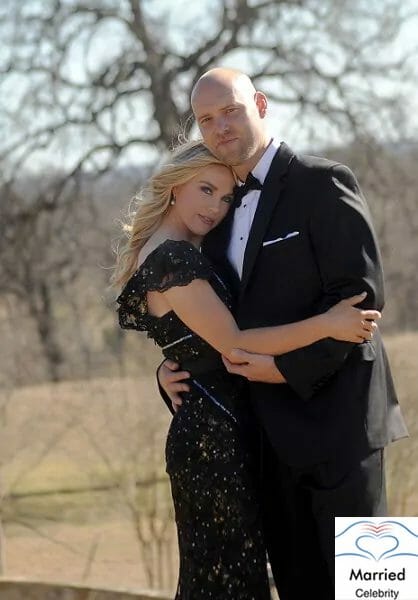 Following the death of Rob Bironas, Rachel started a new relationship with a guy named Dustin Hughes. However, no further information about her boyfriend is known and there are chances that the pair has already split. Scroll down to explore more interesting personal facts and biography of Rachel Bradshaw:

Who is Rachel Bradshaw?

Born as Rachel Bradshaw, she landed the planet on May 13, 1987, which makes her age be 33 years old as of 2020. By profession, she is an American singer, songwriter and entertainment personality. she is mostly known for her work in tv series documentary The Bradshaw Bunch. She is also an entrepreneur and has been offering several products like a t-shirt, jersey, hat, mugs, baby bodysuit and much more in the market.

Contents hide
1 Early Life, Parents, Education and Sister
2 Career and Professional Life of Rachel
3 Personal Life: Marriage and Tragedy
4 Body Measurements: How Tall is Rachel Bradshaw?
5 What is the Net worth of Rachel Bradshaw?
6 Wiki and Facts
7 Conclusions
8 Quick Facts

Rachel was born in 1987 and her place of birth is in Dallas, Texas, the United States of America. Talking about her family background, Rachel was born to the parents named Terry Bradshaw (father) and his third wife Charla Hopkins. Her mother is a family attorney and is also a shareholder for the law office, KoonsFuller, PC.

Similarly, her father is an established person in NFL history who is currently serving as a sports analyst. Before her mother, her father was married to Melissa Babish and ice skater JoJo Starbuck. Her parents married in 1983 and got divorced in 1999. After the divorce of her parents, her father started dating Tammy Alice with whom he married in 2014. Similarly, her mother was later married to Rick Hagen. She is also blessed with a sister named Erin Bradshaw who is an honors graduate of the University of North Texas.

Regarding Rachel’s education and academic achievements, she attended Grapevine High School from where she received her high school graduation. For her higher education, she was enrolled at graduate Belmont University in Nashville, Tennessee where she studied Business.

Career and Professional Life of Rachel

Rachel is an award-winning singer. It was her father who taught her the importance of hard work and securing success through perfect competition. Her father used to keep interested in playing guitar which introduced Rachel to the music field.

After completion of her studies from the university, she signed as a solo Country Artist which was the first major step in her music career. She was quickly able to earn national attention as a solo artist and songwriter. She co-wrote a single titled “What Do You Want” with Jerrod Niemann which was assigned with RIAA Certified Gold Country single. She appeared on late-night talk show The Tonight Show with Jay Leno and performed there.

She is also a friend to Grammy-nominated country music artist, Jamey Johnson (born July 14, 1975) with whom she had performed a duet. She is also noted for being one of the members of the country music band Stella//James which has been releasing their original songs on their SoundCloud account. Rachel Bradshaw was married for only three months. Her husband holds the NFL record for field goals in a single game (8) and was one of the established NFL players. Ron died in September 2014 in a car crash after losing control of his 2009 Yukon Denali. The car flipped several times after swerving off the road. Later, it revealed that she found her new love in her boyfriend named Dustin Hughes.

American singer Rachel Bradshaw stands at a tall height above 5 feet and 5 inches. She looks like her mother and carries a similar kind of physical appearance. Rachel who believes in hard work and has always been giving special attention to her healthy lifestyle. She had a Warrior tattoo on her wrist which is -dedicated to her late husband.

What is the Net worth of Rachel Bradshaw?

Terry Bradshaw’s daughter Rachel Bradshaw has an estimated net worth of 4 million USD. She is a singer by profession and has been experiencing a rising musical career. She is also possibly earning through her merchandise works.

The biography of Rachel Bradshaw is prepared by various wiki sites including IMDb but is still missing from Wikipedia. Her personal Facebook profile is reachable @rachel.bradshaw.716533. She is also active on Instagram @racheltbradshaw where she has been followed by more than 41k followers.

Rachel Bradshaw is mostly known for being the daughter of NFL star Terry Bradshaw and the widow of football placekicker Rob Bironas. She has also experienced a successful journey in the music industry and her business ventures are going perfectly well.